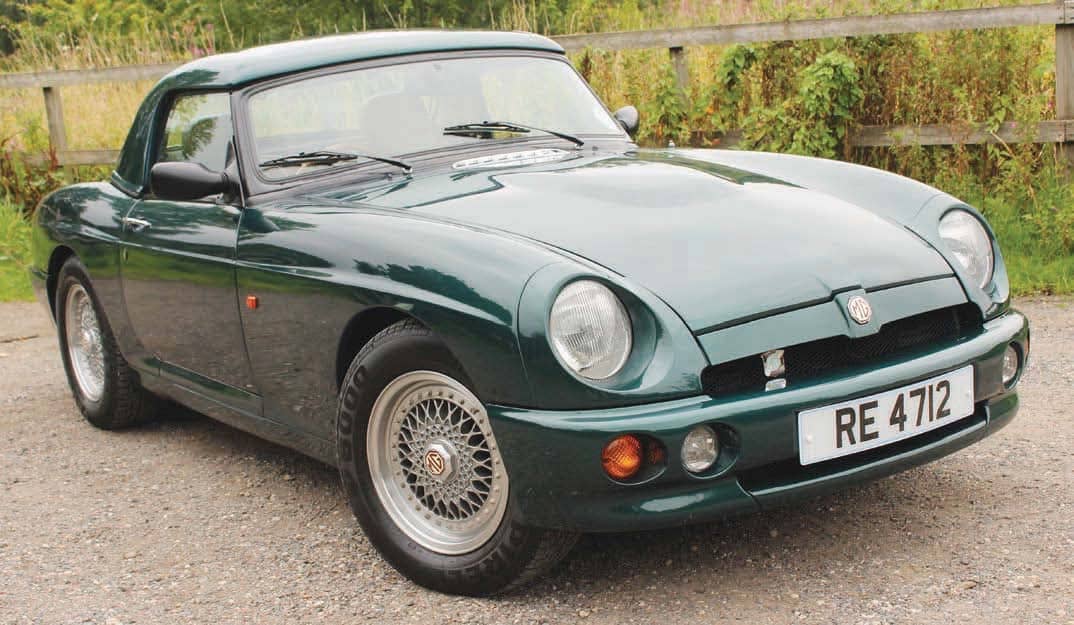 Fancy an MGB without the welding and SUs? The much modernised RV8 should fit the bill.

After the MGB was put out to pasture in 1980, the famous octagonal badge had been kept alive with a series of hot hatches and saloons for most of the decade and fans of the breed had almost written off any chance of a corporate-owned MG ever building another sports car with a folding roof.

The seeds for a new sports car had been sewn when British Motor Heritage started to remanufacture MGB bodyshells. A bold idea by Heritage’s managing director, David Bishop, to look into the possibility of producing an updated version of the MGB was thought too complex for the company’s limited resources and the project was eventually handed over to the Rover Group, BMH’s then parent.

Rover’s Special Products division had been created in 1990 to look at projects like this and the team modified a Heritage bodyshell to accommodate a fuel-injected 3.9-litre V8.

Although the RV8’s basic body style was the same as the MGB, the shell featured redesigned front and rear wings, a restyled bonnet and moulded plastic bumpers.

Although the reprofiled wings and bonnet line gave the RV8 a far more purposeful stance than the standard MGB V8, the suspension set up, steering and braking system hadn’t been that drastically altered, so the layout would be very familiar to anyone who’d previously worked on a MGB. Power was delivered to the rear wheels though a five-speed gearbox mated to a live rear axle fitted with a limited-slip differential.

The Rover Group unveiled the RV8 at the Tokyo Motor Show and by March 1993 the first cars were heading out to Japan, which turned out to be the RV8’s major market. This resulted in a mere 307 RV8s being sold on the home market but over the years scores of examples have been repatriated from the land of the rising sun and these ‘grey imports’ now outnumber the number of official UK sold cars. By the time the RV8 bowed out in 1995, it had reawakened the MG brand ready for the MGF. The RV8 was an instant classic and a good one will make a very practical long-distance cruiser.

WHAT TO LOOK FOR BODYWORK

If the RV8 lacks driving lights, the car will be a reimported Japanese-market car which is no bad thing as typically they did very few miles and were serviced by the book, while the spotlights were deleted in order to locate the radiators for the air conditioning, a feature UK bound cars didn’t have as standard.

Unfortunately, like its older sibling, the RV8 isn’t immune to corrosion but having said that, the car’s overall resistance to rust was greatly improved by using zinc-coated steel for the bodywork along with factory rustproofing. 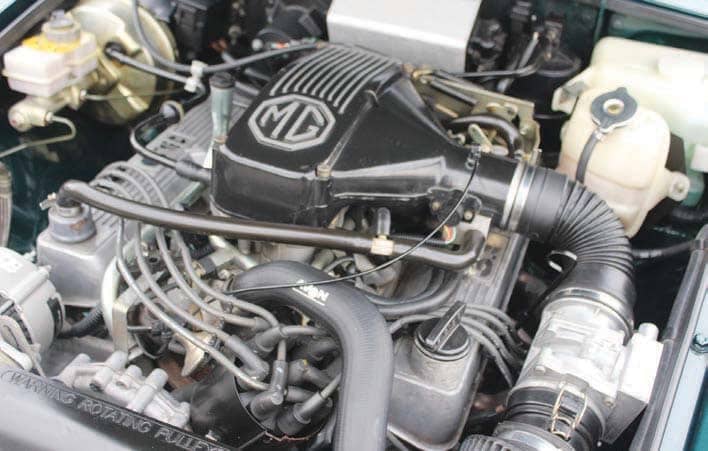