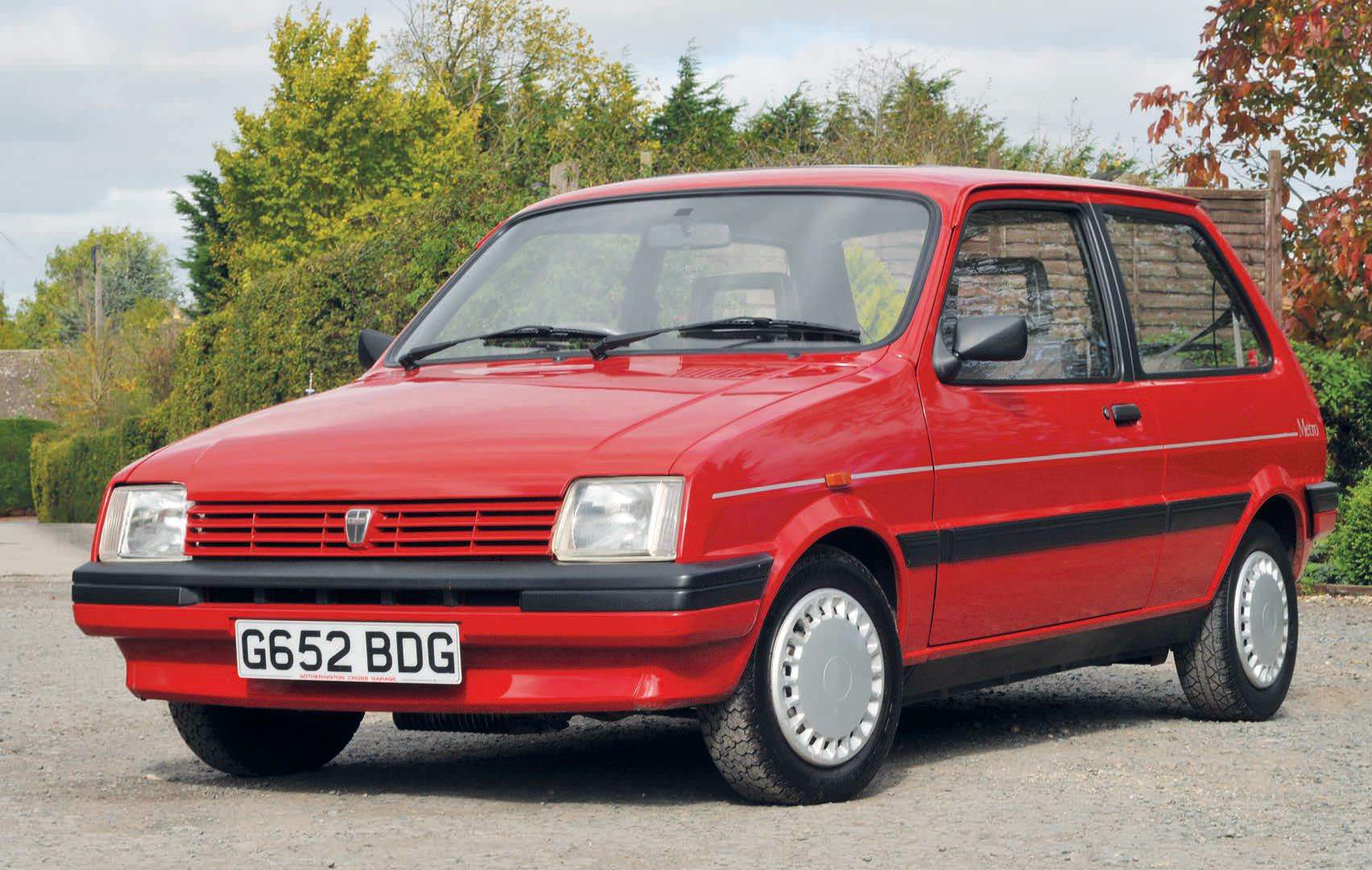 We revisit the swansong Metro, which despite lacking a marque badge and packing only four gears remained a competitive contender into the ’90s.

The elderly gent out walking his Labrador had every right to look confused. As to whether it was the sight of a pristine 1990 Metro trundling past or a clearly deranged photographer shouting “Now we’re Metro-ing!” from the verge was unclear though.

He had every right to be surprised though: when was the last time you saw a Metro in daily use? Suddenly the car which was supposed to replace the Mini (but never did) has become a rare sight, with seemingly more of the early cars having survived than the later examples like this one. Indeed, registered in 1990 this must be one of the very last A-Series Metros made before the revamped Rover Metro arrived.

By then the Metro was seriously old hat, the design having its origins in the ’70s when it was conceived as a replacement for the Mini. As history has shown us, the car ended up being outlived by its predecessor, but at launch the ‘British car to beat the world’ had a lot going for it. The car’s long gestation period had involved at least one ‘back to the drawing board’ moment commanded by BL chairman Michael Edwardes after a ride-and-drive event convinced management the car simply didn’t have what was required in the face of foreign competition from the likes of Fiat and Volkswagen... but although it delayed development, this proved to be very much a good thing in the long run and the finished production car was far superior to the ‘ADO88’ prototype the directors had first evaluated.

With precious little budget and even less time, it’s to the credit of the BL styling teams that they were able to take the utilitarian, van-like prototype and tidy it up into the neat little hatchback we know in just five weeks.

In the process, all the external sheetmetal was changed and as a result the Metro became less of a modern-day Renault 4, 2CV or indeed Mini and more of a credible modern supermini.

Underneath, the running gear was almost pure Mini with the A-Series engine, front-wheel drive and gearbox-in-sump layout beloved of Issigonis. Ironically, alternatives to the A-Series had been tried including an overheadcamshaft version dubbed ‘A-OHC’ but in development these had been proven to offer no more torque or economy than the surprisingly efficient old A-Series.

Given the cost involved for a likely small return, the project was abandoned and the Metro went to market with a mildly updated version of the older powerplant instead. Known as A-Plus, the engines incorporated improved castings for block and head, plus revised pistons, modernised carburation and other detail changes which allowed extended service intervals to match more modern competitors.