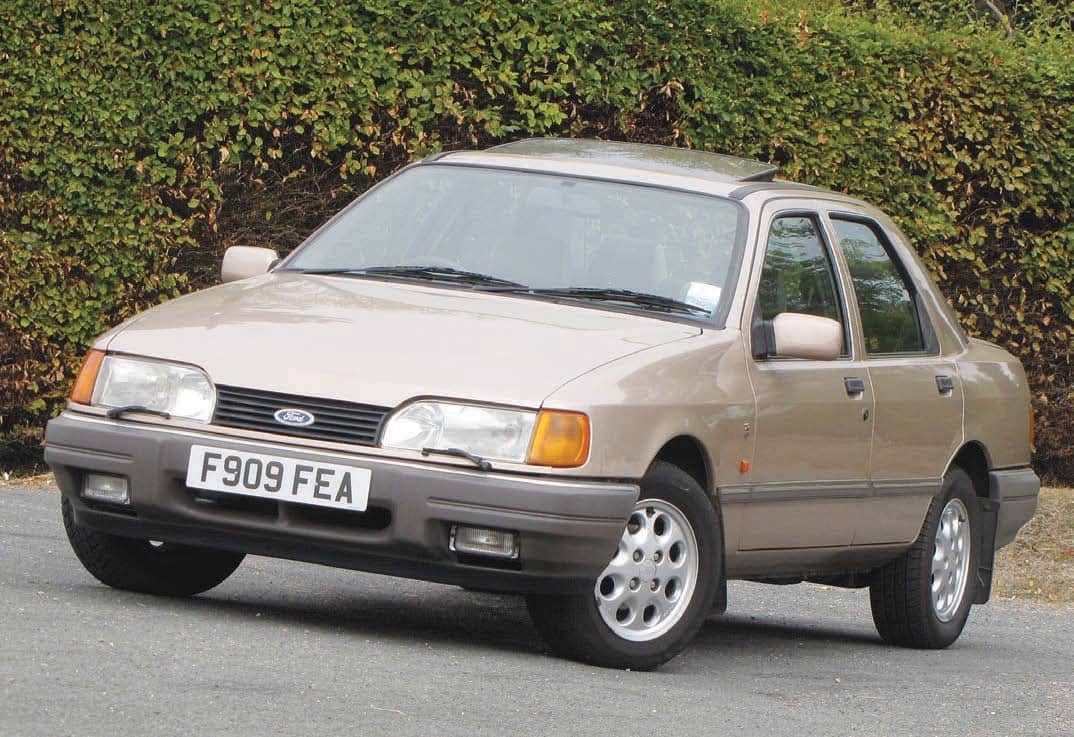 We profile a line-up of popular mid-sized '80s company cars ranging from the ubiquitous Sierra and Cavalier repmobiles through to the king of the company car park, the BMW 3-Series.

From the late ’60s and for most of the following decade, the company car was used as a cost-effective way to reward loyal staff during the time when staggeringly high inflation rates were seriously undermining the value of the monthly salary cheque. Although the 1980s will be generally remembered for its exciting music and well-dressed Yuppies splashing loads of cash around the City, the mainstay of cars on the UK’s roads during that time were fleet-managed vehicles, with the majority badged and powered to satisfy the office hierarchy of the day.

Back in the days when cars like the Sierra, Cavalier, Ital and later models like the Peugeot 405 and Montego ruled the company car park, junior sales representatives would clock up interstellar mileages in their basic and L-badged models while junior staff would have the use of a low-spec hatchback, such as a Fiesta, Metro, Corsa or even a Maestro if they were lucky.

Senior staff would proudly leave the keys to their flashier 2-litre GL on the desk, while service engineers cursed their sluggish oil-burning estates. On the other hand, managers parking up SRi or Ghia-badged saloons would look longingly at the director’s XR4x4 or the chairman’s Cosworth and dream of promotion.

Company car ownership would eventually reach its zenith during the 1990s, but ever more punitive personal tax bands according to the type and size of car being driven started to seriously affect the pay packet of employees and would eventually take the shine off running a company vehicle. 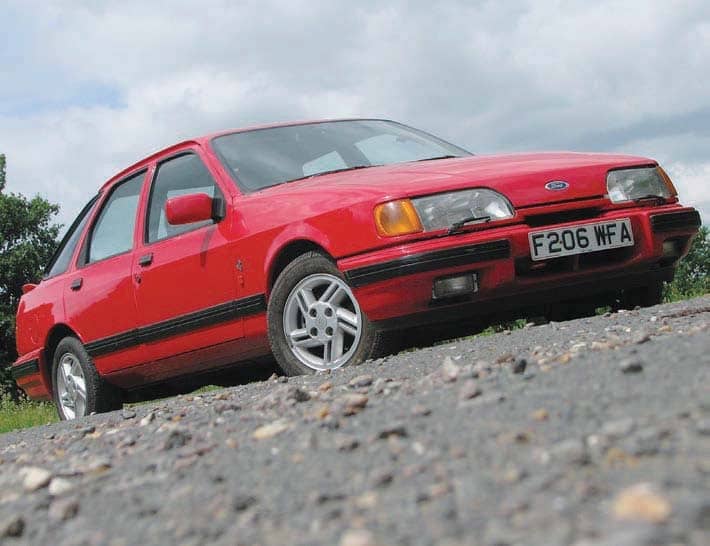 This makes the 1980s probably the final decade when company car rivalry ruled the office car park and following is a line-up of the most popular mid-sized favourites from the decade. How many have survived?

The initial poor reaction the Sierra received after its launch in 1982 must have been a bitter disappointment for everyone involved with the new Ford’s development. Despite being offered with a variety of engine sizes (1294/1593/1796/1993cc inline-fours along with a 2294cc V6 and a 2304cc oilburner) sales of the new Sierra were very slow to get going and this led to unexpected demand for unsold Cortinas.

Immediately nicknamed the ‘jellymould’, Uwe Bahnsen’s curvaceous Sierra was a million miles away from the ultra-conservative Cortina. Initial reactions to the new, radical shape were a mixture of shock and awe, a viewpoint not helped by the car having a serious stability issue in crosswinds. The problem wasn’t fully addressed until 1985 when a pair of small aerofoil ‘strakes’ were added to the C-pillar, although by this time most manufacturers were starting to follow the Ford’s flowing lines.

By the late ’80s fleet buyers were soaking up a seemingly never-ending stream of basic, L and GL-badged four-door Sierras. Prior to the introduction of the middle manager’s dream ticket – the V6-powered XR4x4 – Ford had addressed the performance market with the introduction of the twin-winged XR4i and went on to produce a string of RS Cosworth models.

In 1987 Ford gave the top-selling Sierra a facelift and introduced the booted Sapphire. Like the rest of the ‘cooking’ hatchback Sierras, the Sapphire was rear-driven and featured a MacPherson strut front suspension set-up matched to a coil-sprung independent arrangement at the rear. The whole range was further tweaked in 1990 but what had been a design sensation eight years previously was now starting to look seriously dated, even if the Sierra and Sapphire were still the UK’s top-selling company cars.

The end for the range came in 1992 when the first generation of the more technically advanced Mondeo came on the scene.

VALUES: Despite early four-door basic, L, GL and Ghia examples continuing to disappear almost as fast as the morning dew, a surviving Sierra with a current MoT shouldn’t break the bank and even well cared for top-spec examples don’t usually break through the £2750-£3500 barrier. Double that amount for a half-decent XR4i, while an RS500 Cosworth in equally good condition will cost its new owner a staggering £42,000 plus. A Sapphire RS Cosworth 4x4 is a little more affordable, with useable examples starting at £12,500.