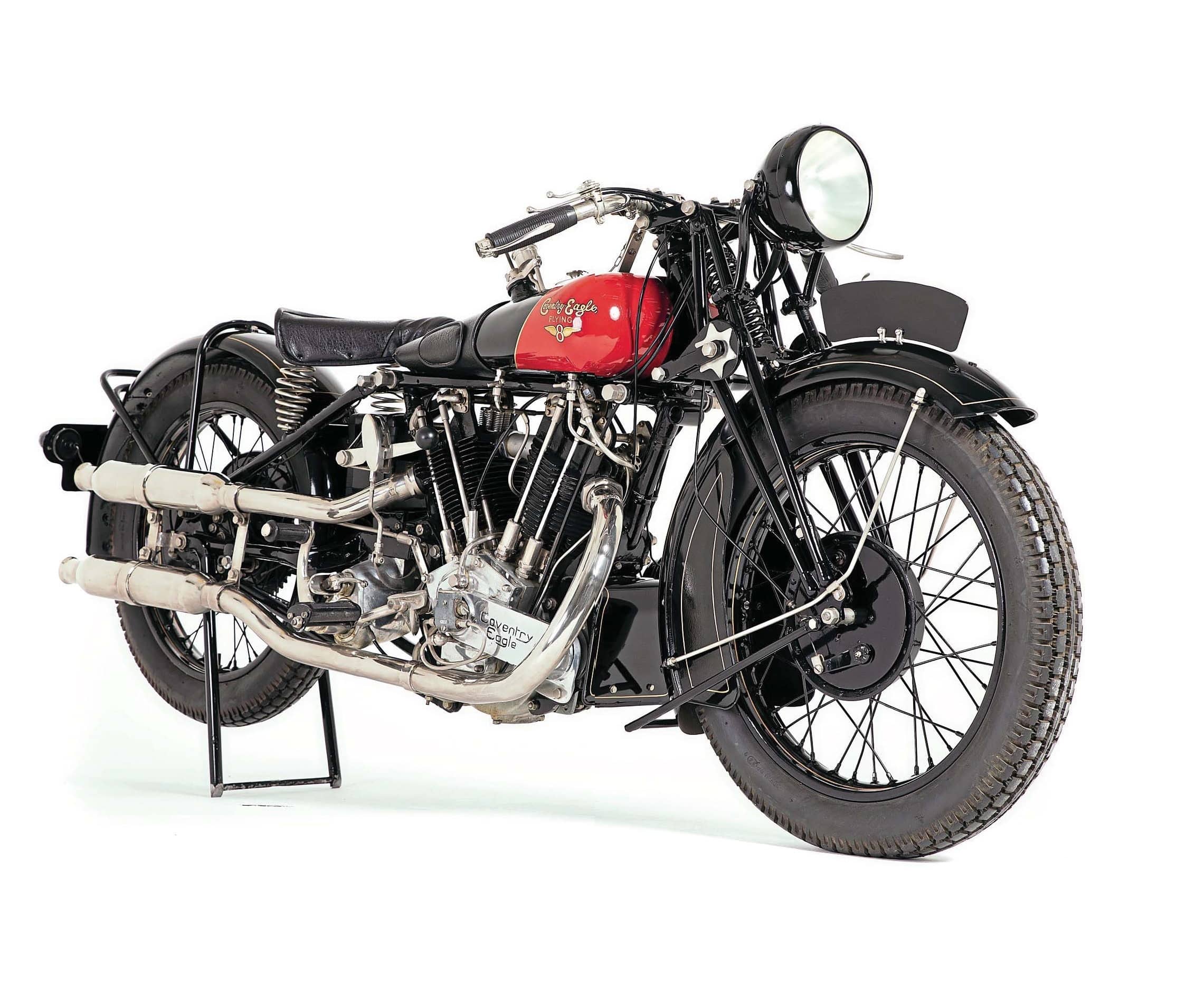 The little-known range topper of everyman bikes manufacturer, Coventry Eagle, has been a larger influence on biking than you may have thought. Rachel Clegg investigates...

IF there was a motorcycle conservation list, then the subject of this month’s Machines That Matter ought to be on it: the 1928 980cc Coventry Eagle Flying 8. Hell, it might even warrant ‘critically endangered’ status.

The Flying 8 was produced from 1923 to 1931 and even then, relatively few were manufactured. Despite its short lifespan, however, there is something of a cult surrounding the V-twin, JAP-engined machine: there are trendy ‘Flying 8’ T-shirts available on Amazon, bearded hipsters are queuing up to write about it and values of the mighty motorcycle are going through the roof.

And it’s not hard to see why. The machine did not enjoy the high volume production numbers of other Coventry Eagle models and the number of machines in existence today is believed to be in single figures. Added to this, there’s the machine’s provenance: the Flying 8 and its designer, Percy Mayo, played a crucial role in the evolution of British motorcycles. 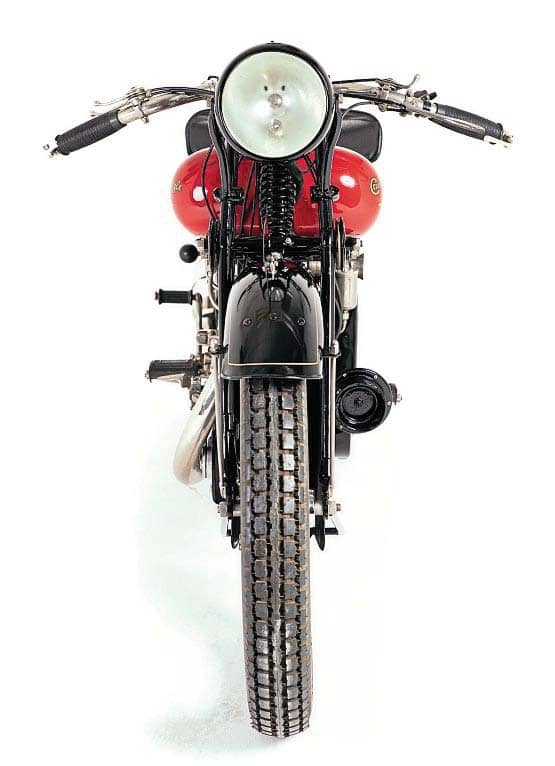 Without the Flying 8 – or more specifically – without its creator, Mayo, the Brough Superior SS80 and SS100 might have looked very different. Take a look at the Flying 8, squint your eyes and imagine a chrome tank instead of a painted one. Do you see it? The Flying 8 – with its distinctive V-twin JAP engine and teardrop, bulbous-formed tank are features likewise shared by Brough Superior.

And this is no coincidence: Percy Mayo and George Brough served together in the First World War and – it is believed – exchanged and shared similar ideas about motorcycle design and engineering. But by the 1920s, the pair parted company, as Coventry Eagle marque specialist, Robert Worsley, said: “It’s known that Percy Mayo and George Brough were friends and Mayo essentially ‘designed’ the bulbous tank that became the hallmark of Brough Superior. He actually filed a patent for that special tank design as early as 1921 so it’s arguable that, were it not for Mayo, the Brough Superior SS80 and SS100 might not have had their iconic tanks.” 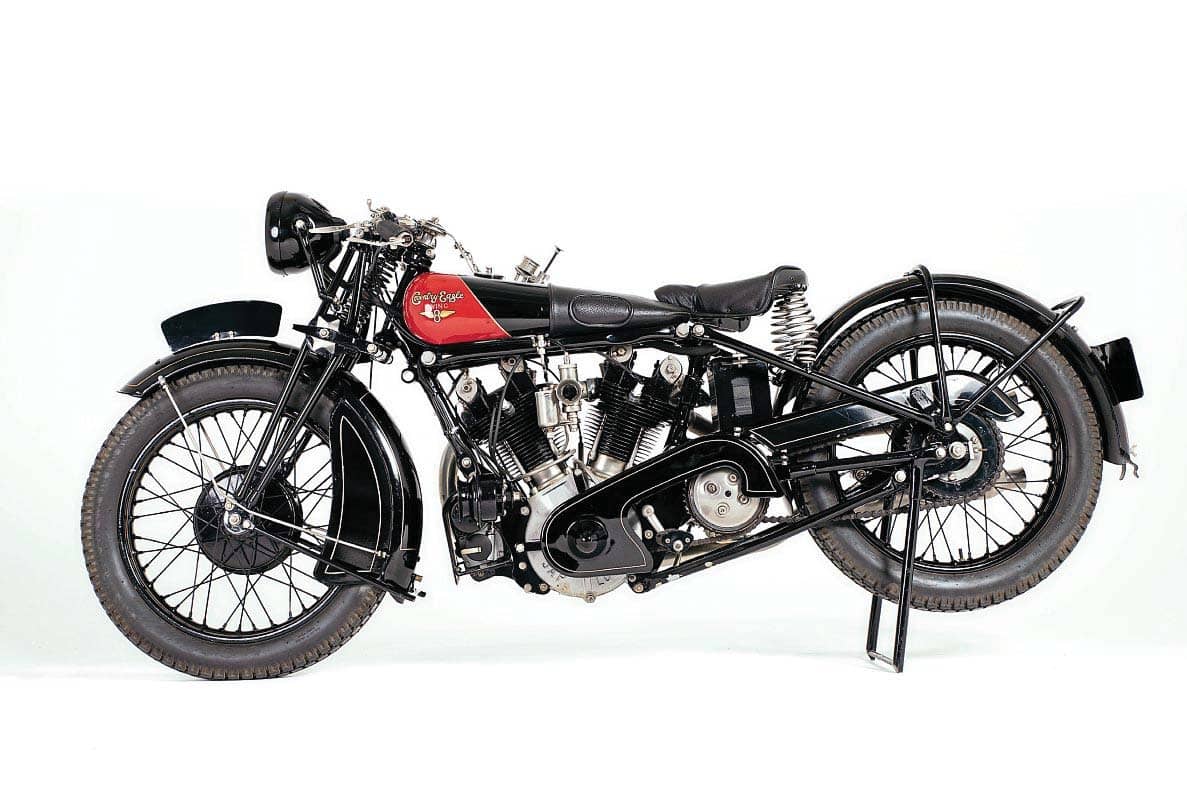 Just like the Brough, the Flying 8 was a deluxe, high capacity machine and the second most expensive motorcycle on the market in its time. Second – of course – to that other V-twin, large capacity sportster with the teardrop tank: the Brough Superior.

Worsley said: “The Flying Eight could be bought for around £150 while the Brough Superior would have cost about £5 more.This was a deeply desirable machine which was highly sought after.” 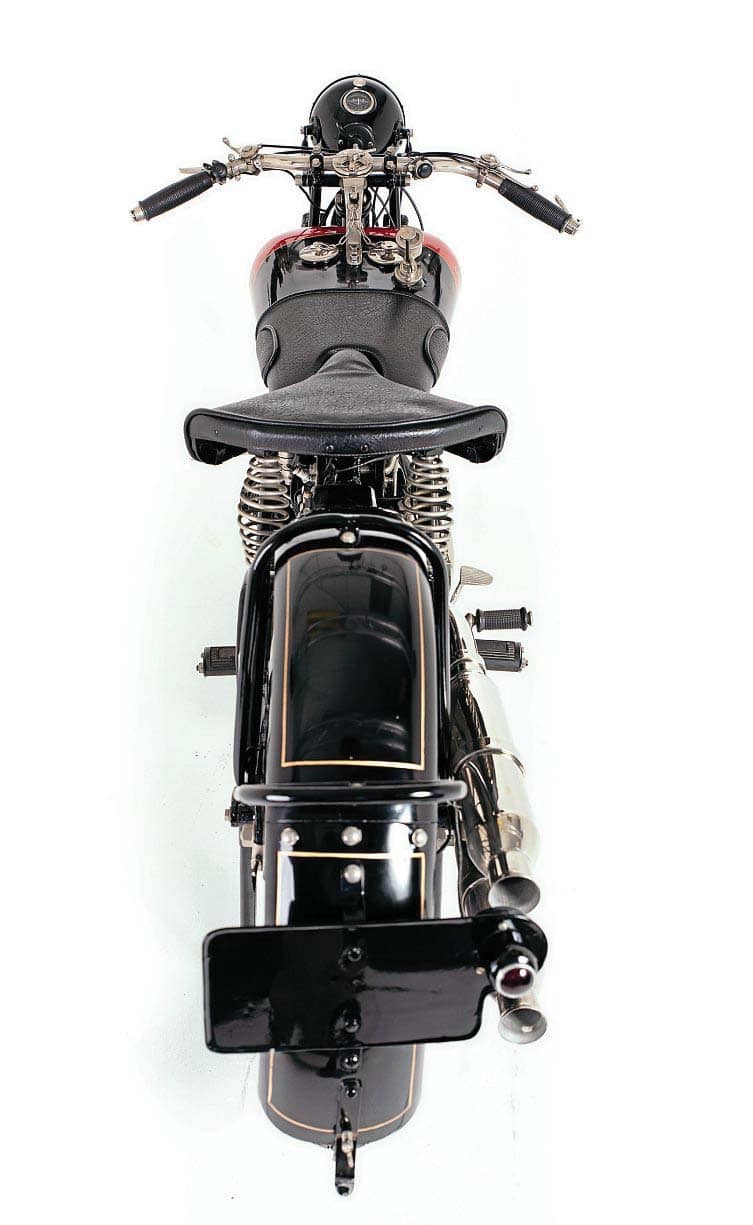