Behind The Scenes Heroes The CRMC Scrutineers 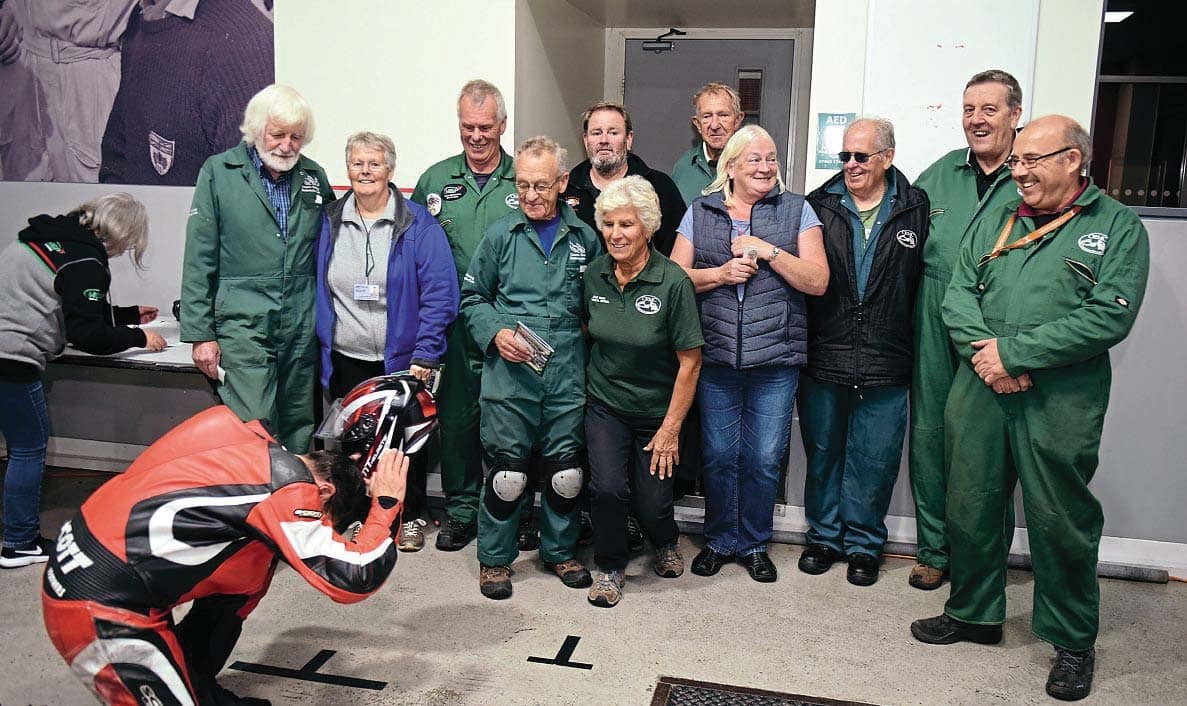 With a variety of machinery to check, can we learn from the CRMC scrutineers?

It’s Friday evening, it’s raining and the Snetterton paddock is awash with vans, caravans and awnings all fighting the battering rain and wind. Like a circus, the CRMC racers, officials and volunteers come to call another circuit home for the following two days, all centring around racing those memory-evoking bikes of yesteryear.

But Friday evening (and Saturday morning) the main job of all competitors is to get their bikes to pass scrutineering and wearing the all-important stickers to allow them on track. But unlike a modern race meeting, the technical staff have rather an eclectic mix of bikes to deal with…

Because of the ethos of the CRMC, there are a range of bikes that have to be checked. And the technical staff don’t know what’s coming to them next, as the competitors just line up outside the scrutineering bay as they get there. My guide, Bob Johnson, Ken, John, Graham and the other volunteers will look over a 1986 multi-cylinder Japanese bike one minute, and a methanol-burning 1920s Rudge single the next. 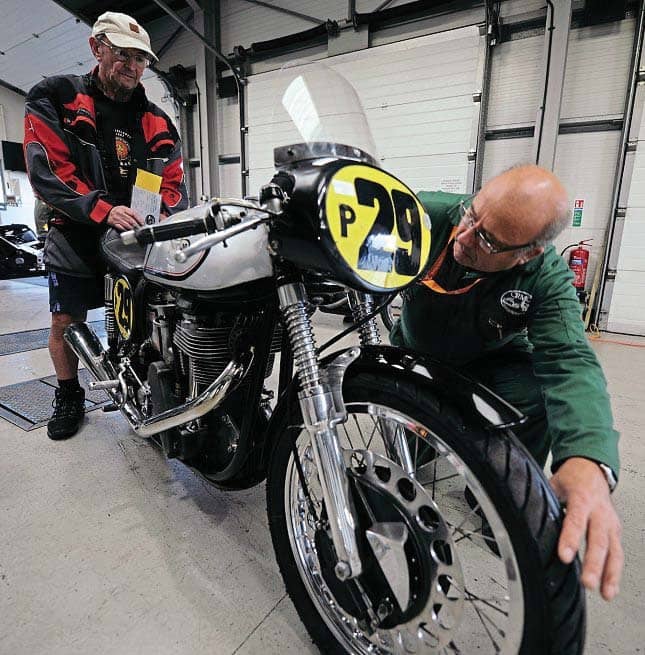 The CRMC hold parades, too, for bikes that may not be able, or don’t want to race, but that spectators would be interested in seeing on track. So what are they looking for?