Modern Dirt Brake Choices and Use

Many aspects of the parts and pieces of dirt cars have evolved over the past 20 years or so. We’ve seen almost every part of the car evolve from fairly primitive designs to the most advanced configurations possible. Historically, the brake systems have been among the least evolved, mainly due to the fact that in years past, dirt racers used very little braking. Now, though, that has all changed.

A big influence in the change in how brakes are used in dirt racing involves the way the cars are setup and raced. The setups offer a more balanced approach whereby all of the four tires are doing work. We rarely see the left front tire up in the air.

This is true for the top three most popular types of dirt cars, the dirt Late Model, UMP/IMCA Dirt Modifieds and the NE Big Block Modifieds. (I have purposely not included the dirt Sprint Cars, as that is another story altogether.)

With this balance comes a more straight a head driving style, which has been popularized by the top winners in each division. Drivers like Billy Moyer, Scott Bloomquist, Ken Schrader, Kenny Wallace, Kenny Tremont, Brett Hearn, and our own David Reutimann, and his father Buzzy, all have more of a straight-forward style that has been bringing success. 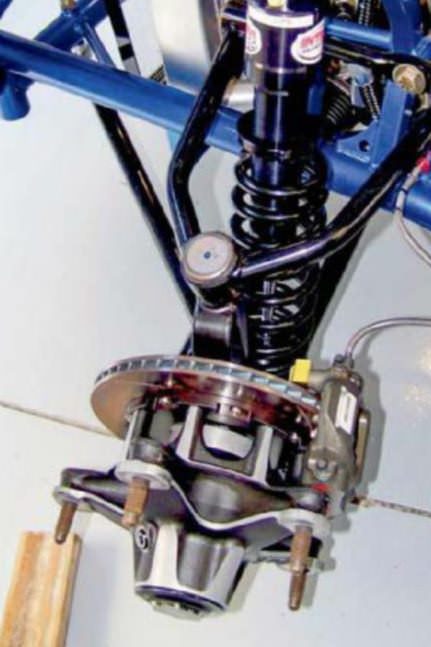 We have redesigned the front geometry on most all current brands of dirt cars. This process began in the late ’90’s, and was one in which I assisted several top car builders in making their transition. Now, the cars turn much better than before, and we can use higher rear grip and bite than ever before because of it.

The engines are much more powerful and last much longer at very high rpm levels. All of that torque has to be controlled, and the modern drivers need to use the brakes to keep the motor from overpowering the tires. That is where much of the brake evolution comes in.

With all of those improvements, it is high time we start looking at recent changes in the way the teams use the brake systems to take advantage of the new designs of cars and the new way drivers drive.

One of the things drivers are doing more so today than in the past is using the brakes to slow the cars down, rather than pitching the car sideways to allow the sliding of the tires and aero drag to slow the car. If you see a car accelerating off the turns and gaining speed very quickly, then slowing and entering the turn without going sideways, there is only one way that is happening. It is from the use of the brakes.

To regulate wheel spin coming off the corners and keep the rear bars loaded, many winning drivers stay on the brakes using varying pressures the entire race. This increased use of the brakes can cause problems if the brake systems are incorrectly designed.

We spoke with Randy Keene, a dirt racer who also works for PFC brakes and consults with dirt race teams on their application and designs. Performance Friction has been around a long time, and its involvement in racing extends all of the way from the local short tracks up to the high-tech world of Formula One, Indycar, NASCAR Cup, Porsche, and IMSA endurance racing. As a result, the company is an excellent source of information. What Performance Friction has developed can be directly applied to the problems we see in dirt racing today.

Although its friction (pads) products have been used on dirt cars for years, more recently the company has pursued a greater involvement due to the evolution of the setups and driving styles. Currently, PFC offers rotors and calipers specifically for dirt racing in addition to its pad line.