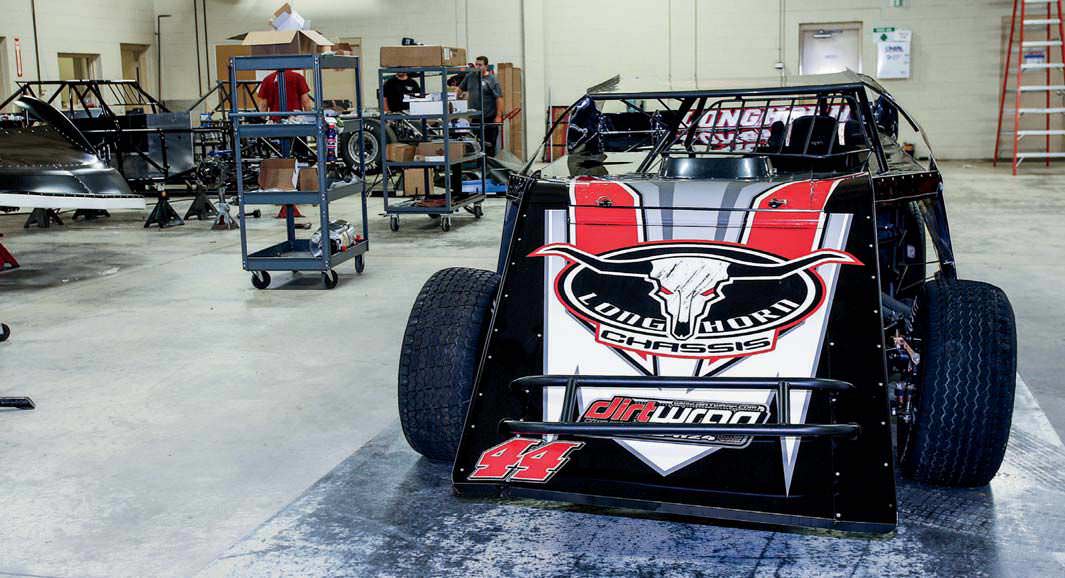 The Dominant Late-Model Chassis Builder Took Everything It Learned Racing Supers and Applied It to Its Brand-New Dirtmodified Chassis.

In the grand scheme of things, Longhorn Chassis is still a relative newcomer to the racing arena. In fact, Longhorn Chassis has only been around since 2010 (when Super Dirt Late Model team owner Bobby Labonte and brother Terry decided to start building their own chassis), but it already has quite a collection of big wins with its Super Dirt Late Models.

Last year the Longhorn house car—driven by Jonathan Davenport and led by Longhorn’s lead engineer Kevin Rumley—won just about every big-money race out there. Not only did Davenport win the Lucas Oil Late Model Dirt Series Championship, he also collected more than $600,000 in winnings on the strength of 22 victories.

That kind of success, along with the wins of other Longhorn customers, gets you noticed, and the shop recently brought in Dave Dunlap, longtime NASCAR chassis builder at Roush Fen way Racing as the shop manager. Dunlap not only brought his expertise when it comes to building race-winning chassis, but also his understanding of how to increase production efficiency without sacrificing quality.

And now that Dunlap has had a little time to get his feet wet in dirt-track racing, he and Justin Labonte have revealed Longhorn’s latest development: the company’s first Dirt Modified race chassis.