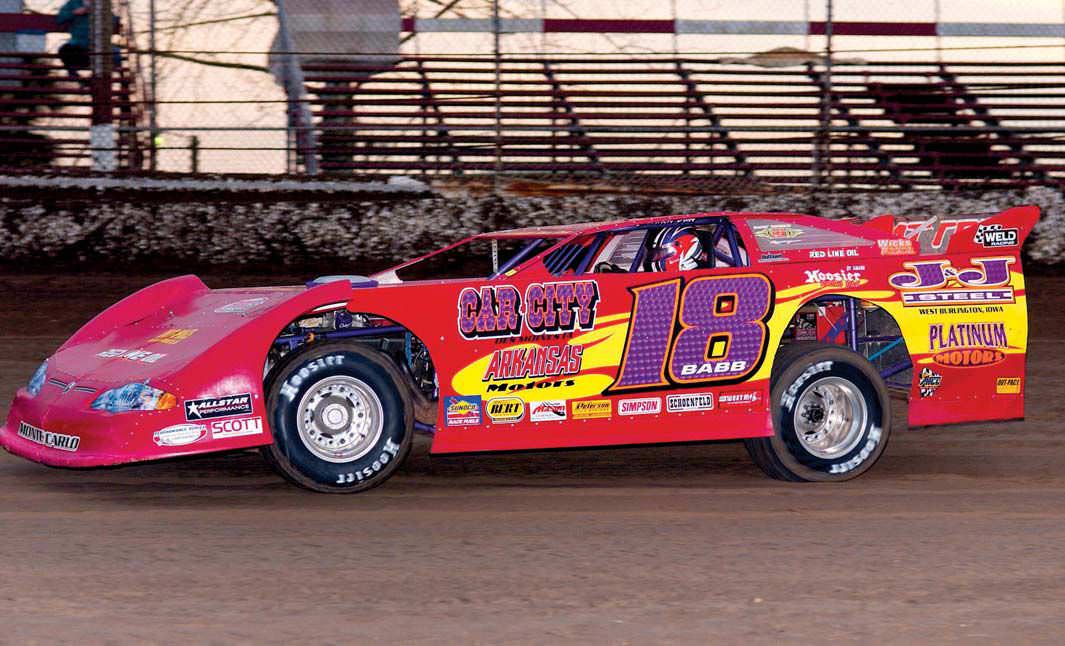 Learning How To Make Smart Changes.

For the rear of our race cars to steer, there must be vertical motion. For most dirt cars using the traditional four-link rear suspension system, that motion can be created and controlled through several means. Three basic methods can cause rear movement on a dirt car. One is the use of lift arms, or lift bars, second is the use of the angled Panhard bar with the left side mounted to the frame and the right side much lower and mounted to the rear end. Third is the use of the left rear four-link angles that cause the LR wheel to be pushed up under the front mounts, lifting the LR corner of the car.

The extent and use of the four-link angles in all of the above depends on what the racers’ goals are, and somewhat, on the track conditions. A lot of different settings are involved with the rear four-link suspension, and most racers are overwhelmed with the complexity. So, let’s examine how the angles affect rear steer and learn when and how much steer we need to use.

What is the Four-Link System?

The parallel four-link rear suspension is common in Dirt Late Model, Dirt Modified, and Sprint Cars. The original purpose for using the four-link suspension was to have a suspension system that produced very little, even zero, rear steer as the chassis moved vertically. Racers, being true to their nature, decided to experiment with various angles in the four-link and found that zero rear steer might not be the most efficient way to go under all circumstances.

Today, we have various schools of thought on where to position the links on a four-link system, and many more theories on why. Let’s examine what happens with the various changes and look at the big picture to try to understand what is really happening to our cars. Even though the current trend among top Dirt Late Model racers is to minimize the steering characteristics of the rear suspension, there are times when even these teams must get a little more radical.

There are two basic designs of the four-link rear suspension, the standard four-link where both links are forward of the rear end axle tubes, and the Z-link where the top link is rearward and the bottom link runs forward. Both designs can be positioned to produce near zero rear steer, and by far the most common is the four-link. The four-link design can be made to produce somewhat more rear steer than the Z-link.

One of the big differences between these systems is ability to create weight jacking and forced loading of the left rear tire, which is common with the four-link system, whereas the Z-link cannot. As we introduce more rear steer and that moves the left rear wheel forward, the angle of the bars forces the wheel down and is trying to lift the chassis, so load is transferred onto the left rear tire. This loading is desired by some to produce more bite under dry and slick conditions.

If you look at the way the car is situated when the rear is severely steered to the right, the left rear tire is pointed more to the middle of the front tires and is driving from the middle of the car. Because of the added loading of this tire, most of the rear weight is on this tire. The right rear tire is helping locate the rear of the car, but does little to drive it off the corners.