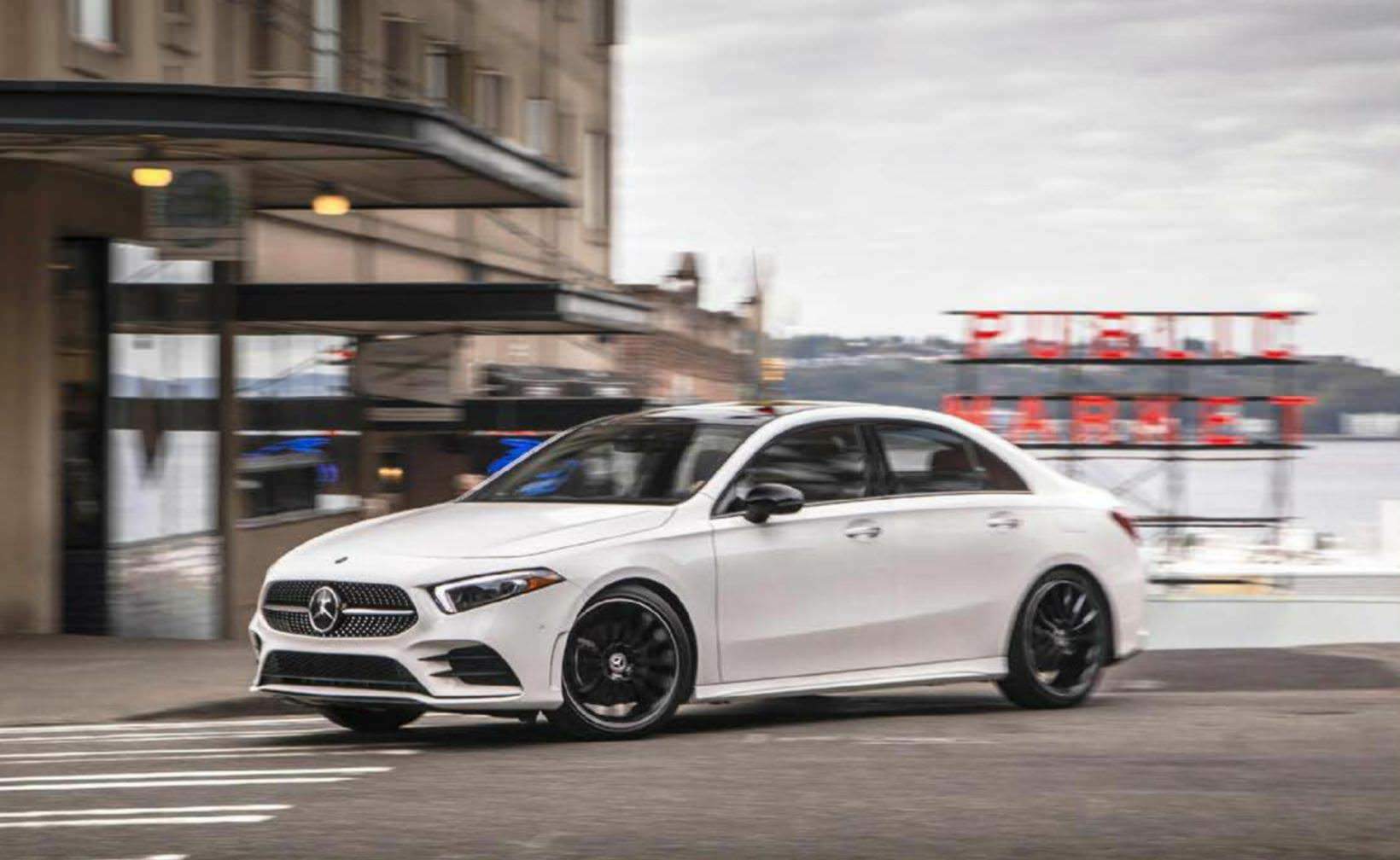 The 2019 A-class is a proper sedan and a proper Mercedes-Benz.

THE QUINTESSENTIAL MERCEDES is still a technology-laden luxury sedan. Yes, today the company’s three-pointed star adorns a wider variety of vehicles than even Ford’s Blue Oval. But that is merely the cost of chasing luxury market share. Mercedes’ commitment to its ideal form is so strong that it graces even its most entry-level car, the A-class subcompact, which has grown and grown up. Now offered as a proper three-box design—two more than it started with in 1997—the fourth-generation A-class makes its debut in the U.S. market early next year.

Under its steel skin, the A-class rides on an evolution of the transverse-engine platform underpinning the current CLA. At just more than 179 inches long, the A-class is some three inches shorter than that “four-door coupe,” as Mercedes insists on describing it, and yet the packaging is far superior. Headroom and legroom are substantially greater in both rows, and the rear seat is not only usable but actually comfortable for two adults. Design tricks such as a dashboard raked steeply toward the firewall make the A-class almost TARDIS-like in its roominess.