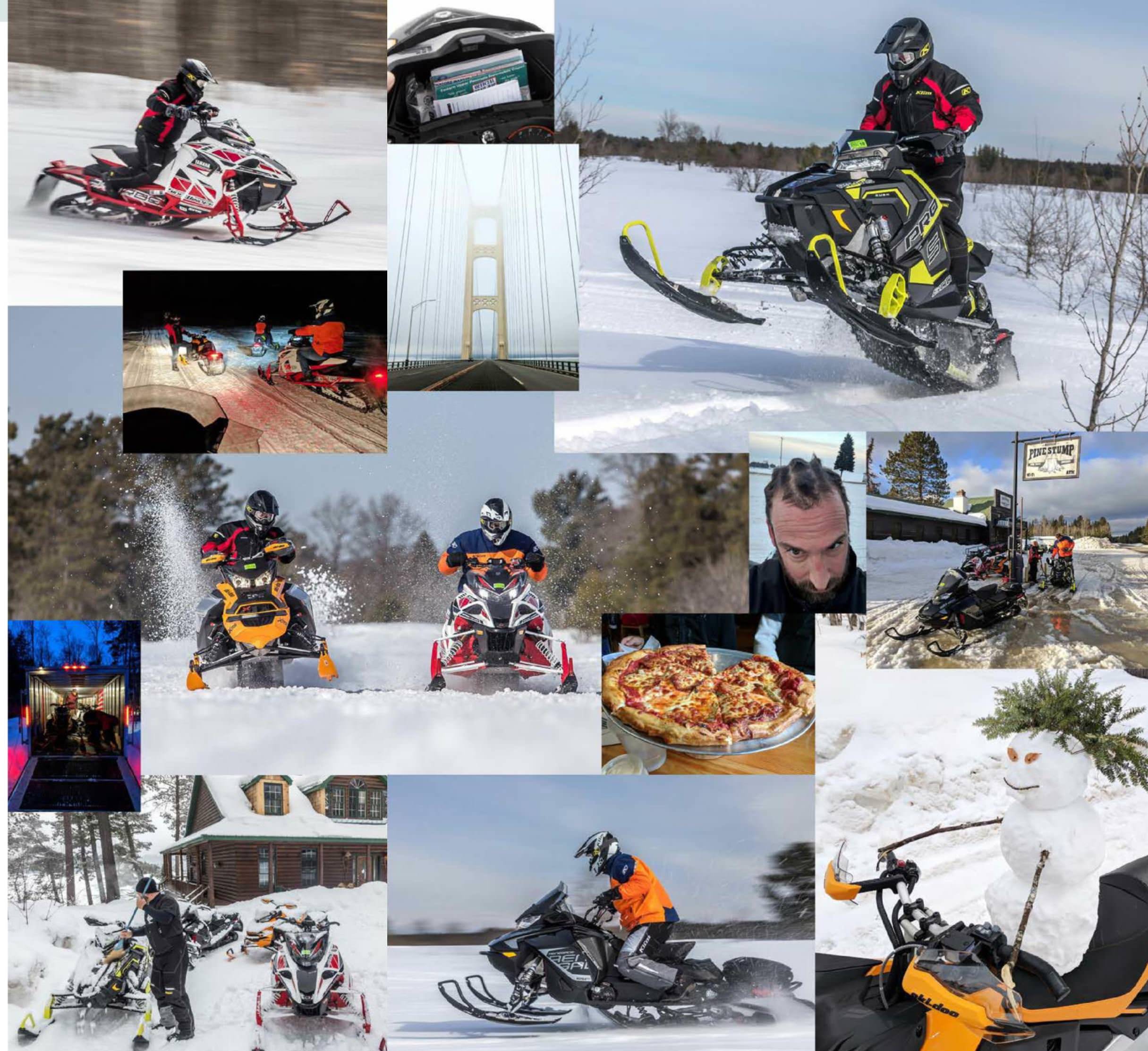 It’s wintertime and the sledding’s fine.

Yeah, winter can be a drag. We gauge the temperature by how fast snot turns from goo to solid ice even though it’s still in our nostrils. Months spent hibernating indoors watching SCTV reruns, only emerging periodically to shovel snow, will wear a person down. But anyone who thinks winter sucks probably doesn’t own a snowmobile.

Over the past decade, these tracked machines have gone from mere high-performance sleds to absolutely bonkers powder slewing slingshots. You’d probably need the skills of Gilles Villeneuve, we thought, before their manufacturers would loan you one. Here’s how the conversation went:

“Hey, can we borrow your fastest model for a few days? Only one person on staff has any idea what he’s doing.”

The first to arrive was a Yamaha Sidewinder L-TX LE 50th Anniversary edition. Even at rest, it looks ready to devour more powder than Al Pacino in Scarface. Less knowledgeable staffers’ jaws dropped when they learned the turbocharged inline-three, tucked into a sled that weighs just 662 pounds, produces 204 horsepower at a 911 GT3–like 8850 rpm.

Our next two specimens hail from Canada’s Ski-Doo brand. Bombardier Recreational Products is a leader in two-stroke technology and owns Ski-Doo as well as Sea-Doo, Can-Am, and engine brands Evinrude and Rotax. With both port and direct fuel injection—just like the Corvette ZR1!—the 849-cc two-stroke inline-two in the Renegade Adrenaline manages 165 horsepower. To put the Yamaha hypers led in context, Ski-Doo provided a second Renegade powered by a turbocharged inline-three. The company’s first boosted four-stroke offering in the snowmobile world, this 899-cc triple is good for 150 horsepower. The Renegade X-RS comes bearing a detuned race chassis wrapped in bodywork that looks as if it had been plucked offa factory race hauler.

With the trailer loaded, we headed north to the 45th parallel, which dissects Gaylord, Michigan, to pick up our fourth and last snowmobile. The black and lime-green Polaris 800 Rush Pro-S has a very different look from the rest of the machines. It’s shorter and narrower than the three others, with bizarro rear-suspension geometry and a stubbier track. It, too, is powered by a two-stroke inline-two, this one using only port injection to produce its 155 horsepower. We tried to include an Arctic Cat in our lineup, but in the days leading up to our adventure, the phone line went silent.

Our initial plan was to embark on a backpack journey from the 45th, ride north to the Mackinac Bridge, pay the toll to be trailered across the Mighty Mac, and continue across the Upper Peninsula (a.k.a. the U.P., home of the world-infamous Yooper) to the shores of Lake Superior. Michigan’s weather, however, is more finicky than our long-term Alfa Romeo Giulia Quadrifoglio—which is doing fine at the moment, thanks for asking. Days before our ride, heavy rains decimated the snowpack of the northern Lower Peninsula. So we joined the largest migration of pickup trucks in the U.S., pulling trailers ever-farther north to chase down the white gold.