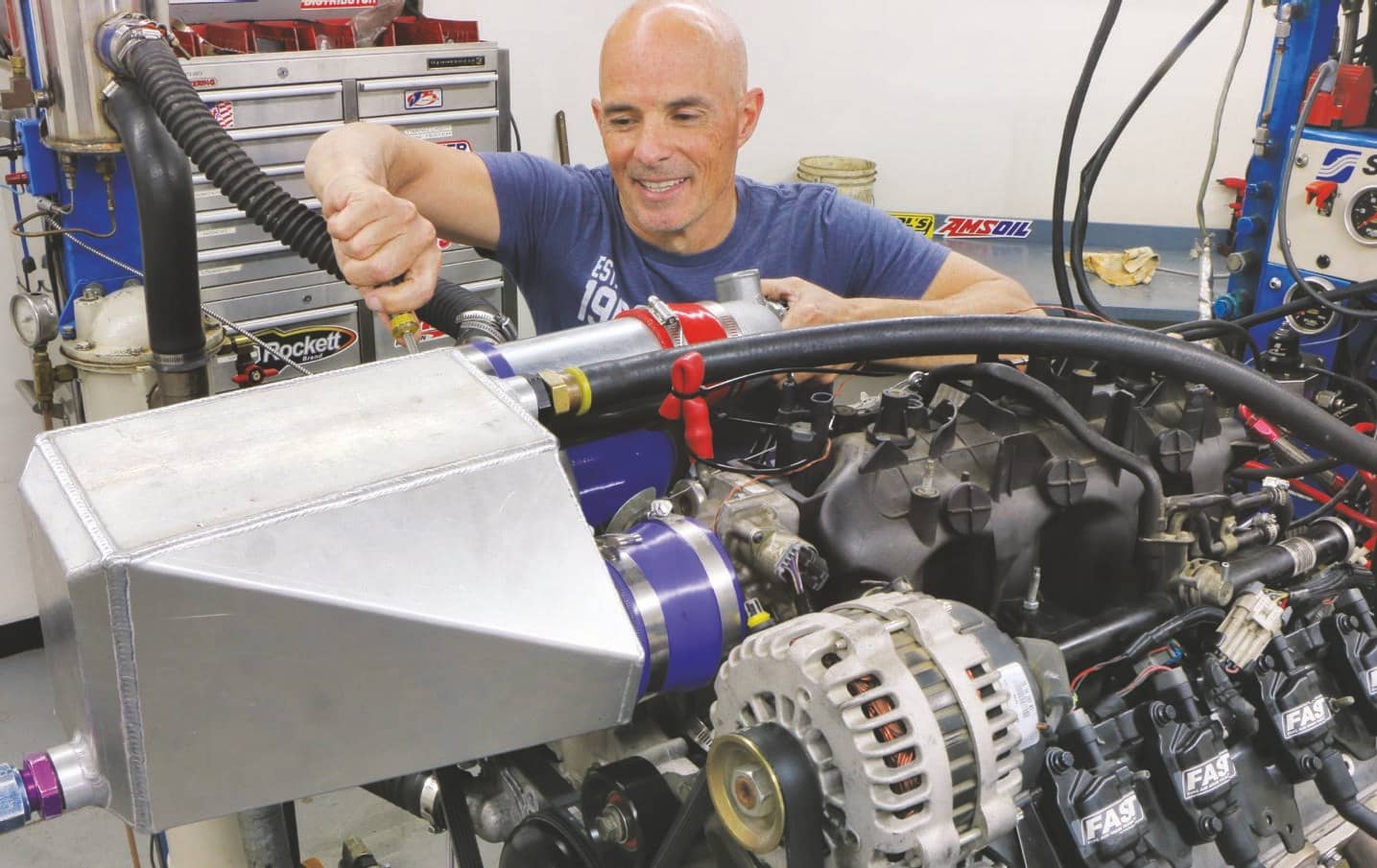 Oops. We Blew Our Junkyard 5.3L to Smithereens, but We're Good Now!

Life doesn’t always go as planned. Case in point, our junkyard 5.3L series. Things started out well enough in Part 1 when we replaced the stock cam and springs with an LS9 cam and LS3 springs. This $100 swap netted an increase in power from 342 hp and 373 lb-ft of torque to 402 hp and 379 lb-ft of torque. Nothing like an extra 60 hp for $100, but we were just getting started. We purposely added the factory blower cam to our 5.3L because we knew we had a blower waiting to be installed. After installation of the Vortech supercharger in Part 2, the power output jumped from 402 hp and 379 lb-ft of torque up to 581 hp and 504 lb-ft of torque from the supercharged 5.3L. This power output came at a peak boost pressure of 10.2 psi.

Naturally, we were happy with our newfound power, but we couldn’t help but wonder if there was even more power to be had from the combination, so we decided to apply a few more modifications in an effort to push the peak numbers at least above the 600hp mark. After putting the supercharged (junkyard) 5.3L back up on the dyno for more testing, we discovered the motor had been hurt, either as it came from the junkyard or (more likely) sometime during testing in our previous session. A peek through the open exhaust valve in cylinder seven revealed damage to the piston. Our test motor was officially dead!

Though we were disappointed over the demise of our test mule, knowing that it only cost a few hundred bucks helped ease the sting. Nevertheless, we still wanted to run some more testing. Though another trip to the yard could certainly rectify the situation, a suitable test motor appeared at our doorstep as if by magic. The gang at Strictly Performance (SP) had agreed to supply one of their boost-ready 5.3L motors for testing, and this one showed up just in the nick of time. The boost-ready combination featured a stock block and crank combined with Gen 4 rods and hard-anodized cast pistons with plenty of ring gap. The SP 5.3L also featured a set of ported 706 heads from the flow wizards at Katech.