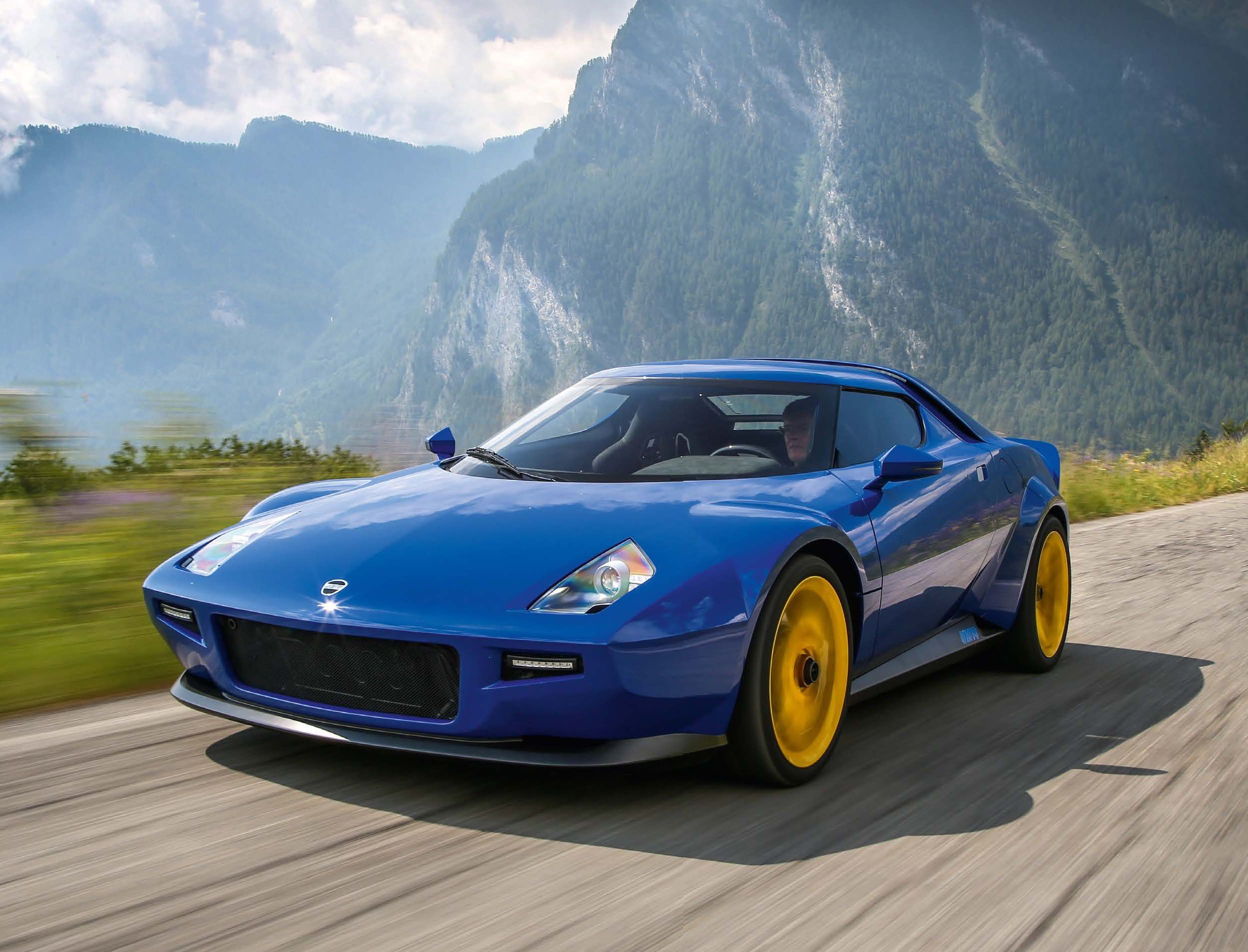 Having wowed rally fans in the 1970s with its jaw-dropping looks and Dino V6 soundtrack, the Stratos has been reborn.

THIS idea doesn’t want to die. Here we are, about to drive the third attempt to revive one of the most startling cars of the 1970s. This time, its latest re-creators tell us, there will be 25 new cars, each costing €550 000 (or a cool R9,1 million).

First, some words about why the Stratos beguiled then and beguiles now. Mostly, it’s about the shape. An assertive wedge of glass fibre-encased space frame, Lancia’s 1972 rally missile was capped with a visor-like wrap of glass; its scrabbling, darting, time-compacting mission underlined by an arrestingly cropped wheelbase and stunted overhangs.

Anorak-clad rallyists might glimpse the chisel-nose first as it came at them but a three-quarter front pose was more likely, the Lancia’s quicksilver scythings visible confirmation of its back-biased mass. At night, its rear was unmistakable: a pair of big, round lamps swinging gracefully between bends. All this to the accompaniment of spitting gravel shrapnel and the wolverine howl of a Ferrari Dino V6. With that sound, your wideeyed, night-time, forest-prowling fans would whisper “Stratos”. There was magic about the Lancia then and there’s magic in it now.

So much magic that a young car designer called Chris Hrabalek, whose father owned a remarkable collection of originals, decided to set about creating a modern version.

That was more than 12 years ago. Hrabalek had a full-size clay model built at a Paris studio in 2005 before hiring his own stand at the Geneva Motor Show to display it under the Fenomenon brand name, having already acquired the rights to the Stratos badge. The finished lime-green machine was striking not only for its crisp modernisation of Marcello Gandini’s original design, but also for an unmissable fresh element in the shape of a central pillar for the curved windscreen, which was now split, each half forming part of the doors.

Geneva showed there seemed to be enough momentum behind the project to move it forward, with rumours of Prodrive getting the job of turning an impressive model into a functioning car. That ambition stalled but not before it had inspired German car parts magnate Michael Stoschek. He commissioned Italian car design specialist Pininfarina to develop a third iteration of the Stratos using a Ferrari F430 Scuderia as a basis. The Maranello car’s aluminium chassis was shortened to suit the Stratos’ proportions, while its engine was tuned to produce usefully more power.

The carbon-fibre bodywork was built around the Ferrari’s aluminium space frame to provide an exceptional power-to-weight ratio, while the weight distribution was very close to the ideal 50:50.