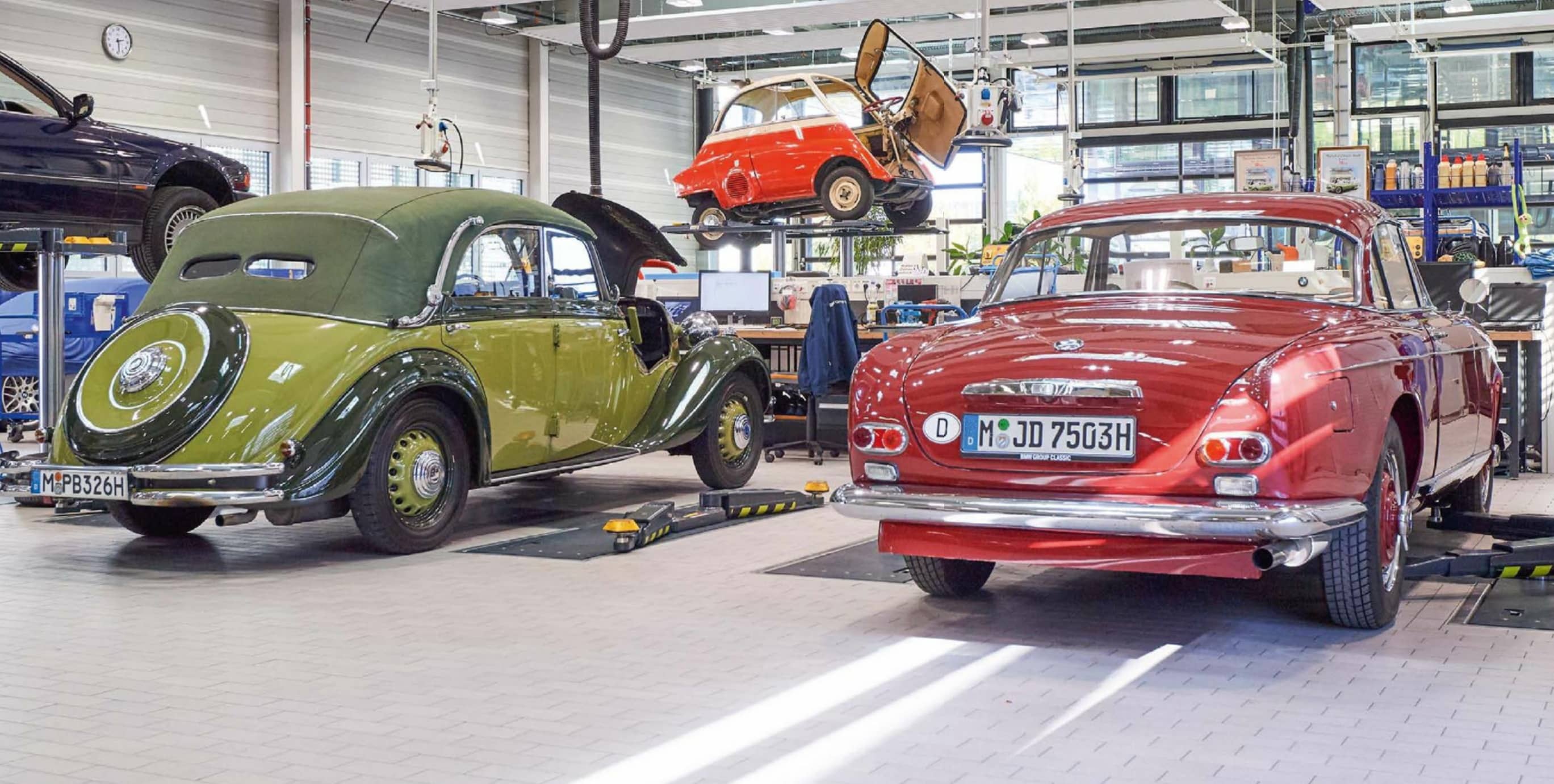 BMW Group Classic is a treasure trove of the Bavarian marque’s cars, bikes and rich heritage. We experienced a small piece of this shrine to all things Bimmer.

AS I stand between three buildings in the suburb of Milbertshofen in Munich, I don’t quite know where to focus my attention. In the one – a workshop – a couple of clients’ ultra-rare M1 supercars are being worked on. In the other, which is glass-walled, there are classic BMWs, a racecar and an Isetta. The third houses no fewer than 70 road cars, motorcycles and yet more racecars.

The workshop has two areas: one for short-term jobs such as maintenance and servicing (called the "west wing”) and, in the “east wing”, big projects like restorations.

During a tour of the latter, I pore over one particular cupboard housing the special tools made for all the various cars. Not only is there a plethora of vehicles in the small collection next door, but its variety is just as impressive. From Mille Miglia cars from 60 years ago to road and race versions of the legendary McLaren F1 (for which BMW supplied engines), up to more modern, special road vehicles, I feel as if I could spend an entire day just absorbing it all.

BMW established its archive in 1966, which was the same year the firm celebrated its 50th anniversary and opened its museum. Fifty years later, the company archive, vehicle collection, workshop and customer centre – together with the parts service for classic automobiles and motorcycles – were relocated to this ensemble of buildings. Today, the combined facility is called BMW Group Classic and it also incorporates Mini, Rolls-Royce and BMW Motorrad.