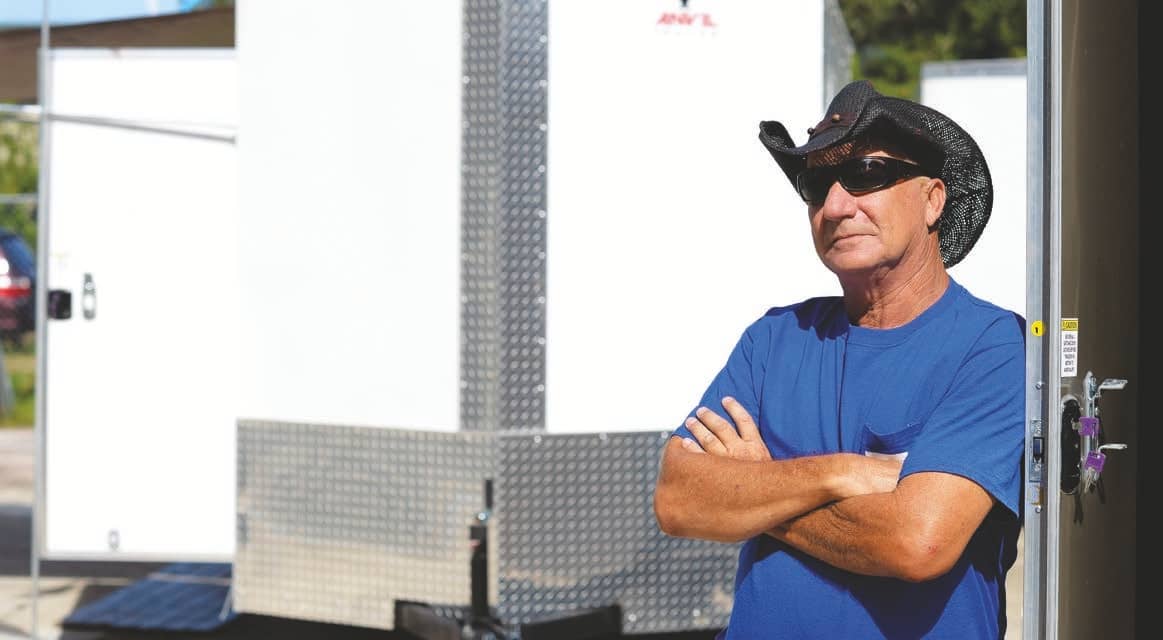 Making a Big Impact in the Biker Community

During a weekend camping outing, the thought of sleeping on the ground in a tent was just not appealing anymore. Randy Clouse looked for an inexpensive alternative to travel trailers. One day, he came home with a brand-new enclosed utility trailer with the idea of tricking it out as a camper, but during the building stage, he decided that he also wanted to travel/ camp with his Harley-Davidson. The result was not only a camper but a toy hauler. After much encouragement and being tired of the slow seasons at work, he decided to venture out on his own building these Tiny Trailers.

MORE STORIES FROM BORN TO RIDE SOUTHEAST MAGAZINEView All