Fran Haasch-Nineteen Years Of Giving Back 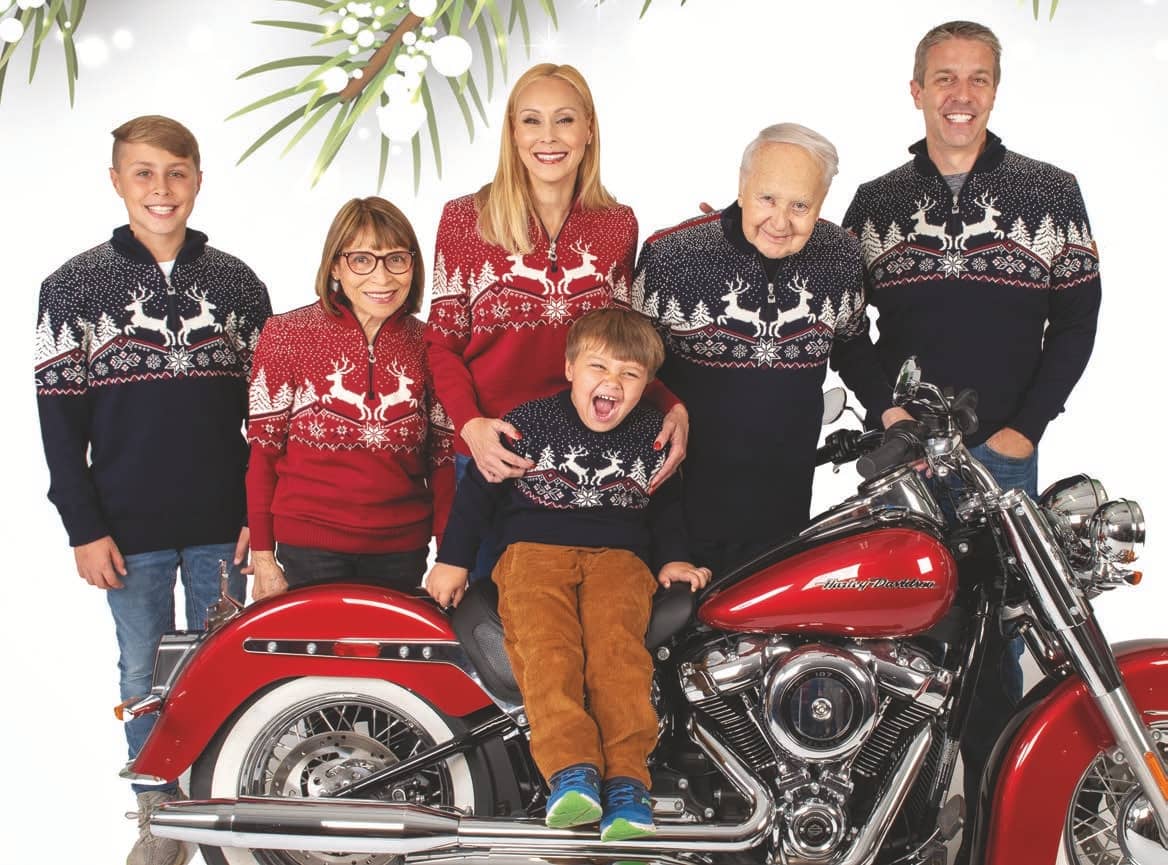 You’ve probably seen the ad on billboards all over the Tampa Bay area, in this magazine or on Born to Ride TV.

You know the one that features personal injury attorney Fran Haasch sitting sideways on a ruby red Harley complete with matching red formal business shirt, fingertips – and a scowl designed to appeal to the tough biker crowd that comprises 60 percent of her clientele.

The LawFran.com advertisement certainly is eye catching, but Haasch is the first to tell you, it was hard for somebody like her who smiles so much in life, not to smile for that photo. The “tough” looking Haasch in the ad, actually is closer to a teddy bear. Sure she’s known around town as everyone’s favorite biker lawyer, but when you peel back the onion a bit and remove the shiny red nail polish, what you have is a wife, mother and philanthropist who isn’t afraid to get her hands dirty all in the name of helping someone or something.

You might not know that Haasch is among the nicest, most giving people in the greater Tampa Bay area. And you also might not know that it all began with a half sandwich, half rotten potatoes and a helping family half a world away. We wanted to find out why Haasch is so driven to help people, animals and places – like the Bahamas where she sent immediate aid to 10 families the week after Category 5 Hurricane Dorian devastated Florida’s neighboring island nation this past September.

FOOD FOR THOUGHT, WHY ATTORNEY FRAN HAASCH GIVES BACK

Haasch’s grandfather was killed a week before World War II concluded, leaving her grandmother, Alma, a refugee after the war caring for four sons – including Haasch’s father, Werner, who was born in Germany as the 2nd oldest of his siblings. His youngest brother was only a couple days old when the war-torn family found themselves starving. Desperate, Alma began writing letters to a family in Wisconsin whom she believed to be related to them.

Around 1946, Alma wrote a letter in German to the Radtke family, who were farmers also of German descent. It was addressed to Ernst Radtke but had the wrong address, so they sent the letter back to Germany. The letter came back to Wisconsin again and once again, it went back – return to sender. After receiving the letter a third time, the Radtke family opened it to read the desperation from Haasch’s grandmother asking for help.

While not related, the Radtke family decided to help Alma and Werner and his brothers by sending a care package that included things like spam, burlap sacks to make shoes out of and potatoes that were half rotten.

“My dad said it was the best thing he ever tasted in his life,” Haasch explained of the spoiled potatoes. Werner also credits an American soldier in Germany who “snuck” him half a sandwich as a life saver. “He will never forget (the Radtkes) and the taste of the potato.”

Fast forward 7 years after becoming pen pals replete with aid from care packages that helped save a then 5-year-old Werner and his four brothers after the war. Werner wanted to save enough money to visit America and thank these people who saved his life. Werner, who only studied though second grade because his blacksmith work with horses became his trade, stepped foot on the SS United States and came to meet the Wisconsin family.