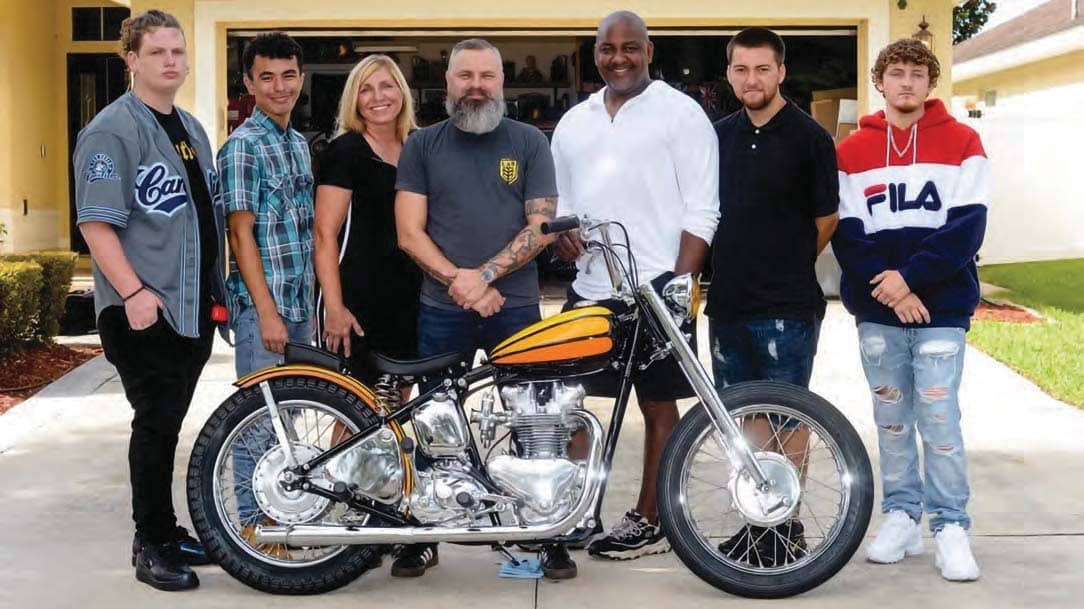 What do you do when the life you’ve known for the previous 16 yrs as a service member of the United States Army comes to a halt because of a medical condition? Well, if you are Jared Weems of Weems Motor Co. you’ll eventually build a motorcycle, raffle it off and give all the proceeds to a Charity. Meet Jared Weems and this is his story.

Before we tell you all about the amazing machine you see here, we need to fill you in on the man behind the machine. Jared Weems was bitten by the ‘Triumph Bug’ at the early age of 7 years old when he and his brother started helping out their Father working on the families 1949 Triumph and he hasn’t stopped riding them and rebuilding them since. In 2003 Jared enlisted in the U.S. Army to serve his country, and less than a year later he was deployed to Iraq. Upon leaving for his first of several deployments, Jared told his Father that ‘if’ he returned, he wanted to start rebuilding another Triumph. When he returned, his Father had a 1972 Triumph waiting for him as a welcome home present. The Triumph brand runs deep in the soul of all the Weems men. Check that, ‘God’, ‘Family’, Country and ‘Triumph’ are what fuels the fire within the soul of Jared Weems and his family. 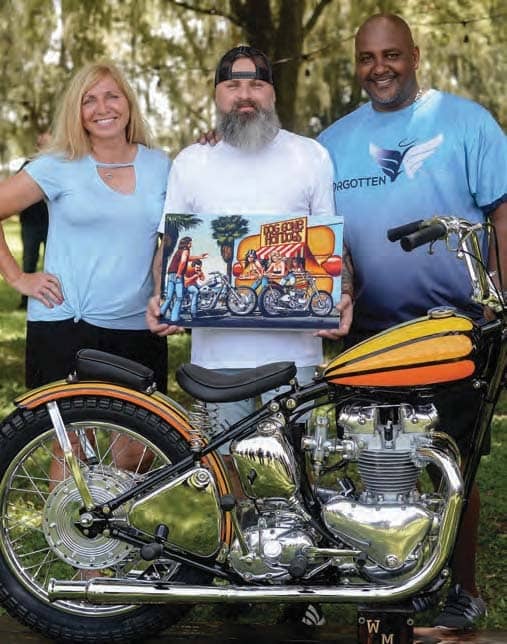