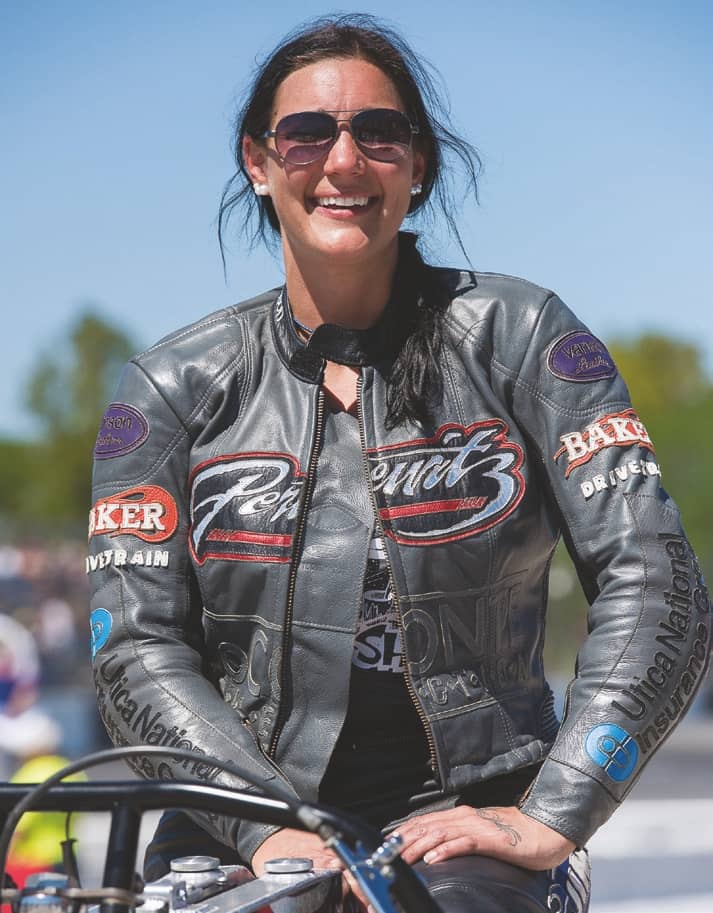 THIS ISSUE IN BIKER LEGENDS WE FOCUS ON JODY PEREWITZ, the fastest woman on two wheels and daughter to world renowned custom bike builder and the “father of flames” Dave Perewitz.

Jody grew up around motorcycles and bikers, hanging out at Dave’s shop in Brockton, Massachusetts. She currently runs the marketing side of the business at Cycle Fab. She is also a bike builder in her own right and is one hell of a racer. Jody currently holds sixteen Land Speed records, one of which is a World Record. She is the fastest woman to ever ride an American V-twin-powered motorcycle over 200 miles per hour on the Bonneville Salt Flats. She has earned four AMA number one plates. 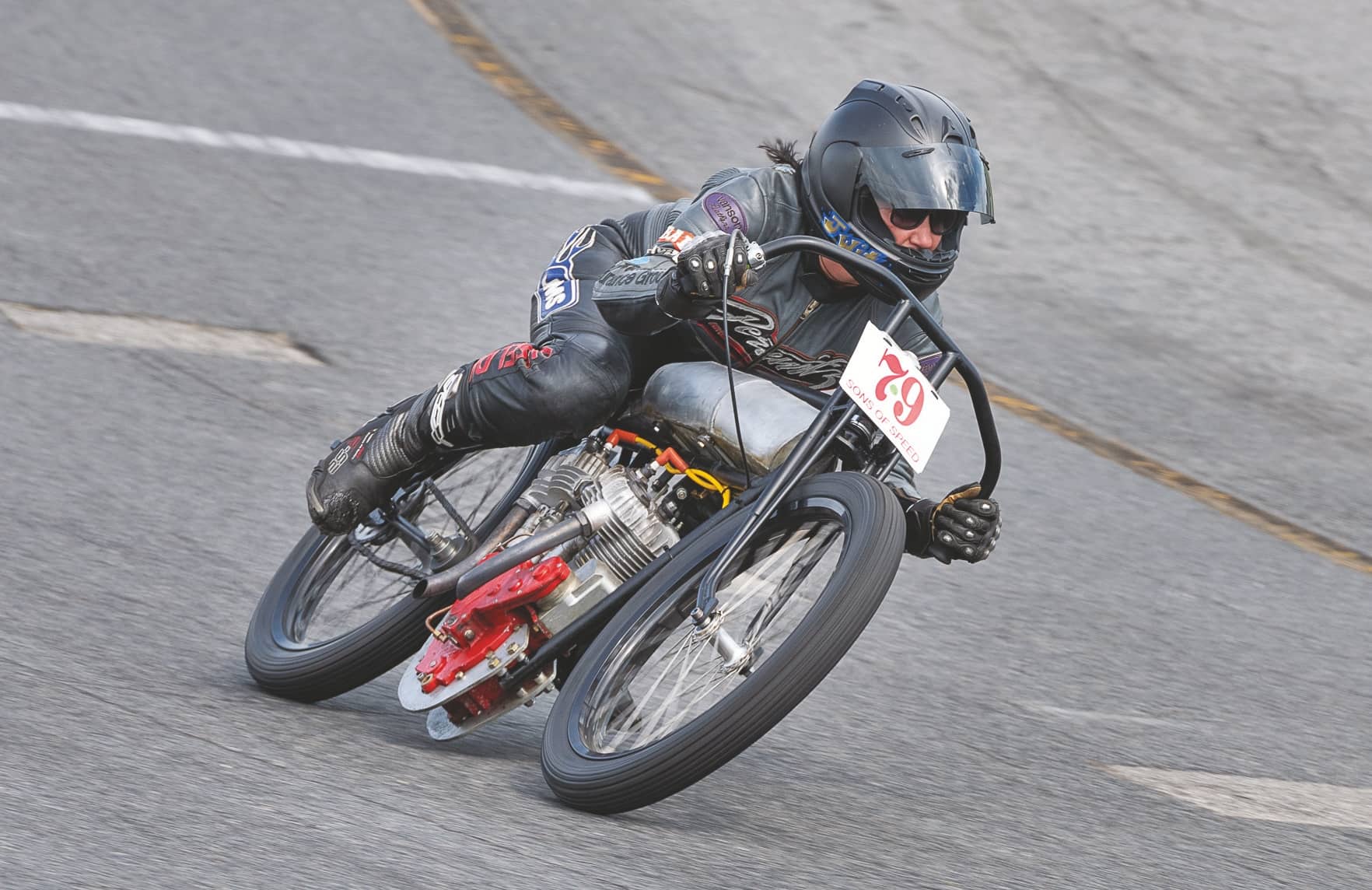 Jody is also a racer each year at Billy’s Lane’s Sons of Speed antique races at the New Smyrna Beach raceway during March Bike Week in Daytona Beach, Florida. Sons of Speed is a motorcycle race inspired by early 20th-century board-track racing, featuring stripped-down bikes with pre-1925 American V-twin engines tearing Back in the 1930s over 300 motorcycles companies had sprouted up in the world, including over 100 American motorcycle marquees. After World War II there were only three left; Harley-Davidson, Indian, and Excelsior-Henderson. But today, some of those venerable old motors live on.