How Could Volkswagen's Top Engineers Not Have Known? 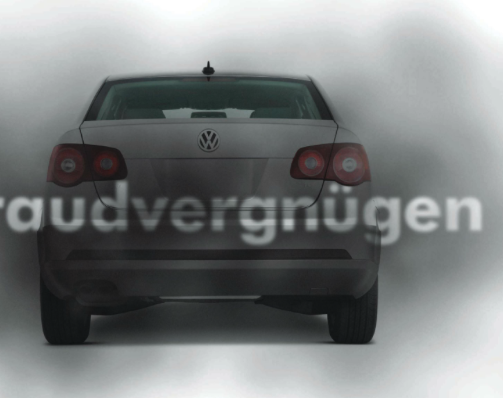 How could Volkswagen's top engineers not have known?

For the gearheads at West Virginia University, it was a minor commission. An environmental group, the International Council on Clean Transportation, had asked the school’s Center for Alternative Fuels, Engines and Emissions to test the tailpipes of diesel cars in the U.S., such as those sold by Volkswagen and BMW. Studies suggested that automakers’ diesel cars polluted more on the road than in the lab, and curiously, more in Europe than in the U.S. ICCT wanted to figure out what the automakers had done to meet America’s tougher emissions standards and how to repatriate these improvements for European car buyers.

The center, founded in 1989, is based on the rolling WVU campus in the foothills of Appalachia and occupies a warehouse-like space full of young men in T-shirts and jeans fiddling with jury-rigged equipment—and it smells like a gas station. Run by Daniel Carder, a West Virginia native, it mostly tests heavy-duty engines for trucks and locomotives. Taking sleek passenger cars on a road trip was a novelty. One student at the lab, Marc Besch, thought it sounded interesting and asked to work on the project. Besch grew up in Switzerland, and his family ran a dealership that sold mostly Opels, a German competitor to Volkswagen.

There was one problem: Carder, Besch, and their team couldn’t find any diesel cars in West Virginia. So they plotted test routes in California, where lots of consumers have bought into the marketing promise of “clean diesel,” which touts remarkable fuel efficiency without sacrificing muscular acceleration. Out west, they could also use the California Air Resources Board’s dynamometers, the hulking apparatuses used to measure the exhaust coming out of a stationary car.

From February through April 2013, they tested three diesel cars: a Volkswagen Jetta, a Volkswagen Passat, and a BMW SUV. Besch took charge of the initial assessment, using the dynos, and he was impressed. The cars emitted almost nothing, prompting some crowing from Besch about European engineering. When Besch’s fellow investigator, Arvind Thiruvengadam, joined him to take the cars on the road, however, the results were different. The road tests captured a variety of conditions: high elevations up Mt. Baldy; stop-and-go urban errand-running in San Diego; freeway driving around Los Angeles. The two Volkswagens’ emissions exceeded standards by 5 to 35 times. The BMW’s didn’t.

First, they assumed the results were wrong, so the team recalibrated the instruments and kept on driving. Eventually they realized that, yes, they were seeing something noteworthy, if not exactly shocking. What comes out of a tailpipe on the road is always going to differ somewhat from regulatory targets met in tightly controlled environments. Speed, elevation, and temperature all affect the result. To isolate the cause, Besch pored over a two-part paper, published by Volkswagen’s top engineers in 2008, that described purportedly groundbreaking emissions control achieved by the new TDI 2.0 liter engine. And he pursued a theory related to the exhaust filtering system. He still couldn’t explain the full extent of the emissions.

On March 31, 2014, Besch, Carder, and the rest of the WVU researchers presented their findings in San Diego, at the most important conference in the car-exhaust field, the Real World Emissions Workshop. They didn’t name which cars they’d tested, but the technical specs and use of the Lean NOx capture system meant it could only be a Volkswagen.

Sitting in the audience was Jens Borken-Kleefeld, who studies emissions at the International Institute for Applied Systems Analysis in Austria. He’d made the trip for the same reason ICCT had commissioned its study: to understand why the diesel technologies seemed to be cleaner in the U.S. than in Europe. BorkenKleefeld says the U.S. audience seemed to miss the significance of the findings. “For me, it was a big deal,” he says. “I was expecting to see ‘clean diesel’—and I realized that on the other side of the pond, it’s the same technology and the same underperformance.” U.S. regulators were also in the room, and BorkenKleefeld recalls approaching some of them. “They shrugged their shoulders,” he says. “I don’t know what they knew at the time—seeing and realizing is different.”

Volkswagen, at least, took note. Someone from VW got in touch with the team to get more details. Carder tried to get Volkswagen interested in a follow-up study with more cars, but it never happened. Early this year, engineers from VW’s Oxnard (Calif.) test facility called to discuss the routes WVU used. (Besch declined to provide names of the engineers.) And that was pretty much it. Which was normal—carmakers regularly learn of emissions problems from researchers and quietly make fixes. “We didn’t hear anything more from them, so we fully assumed that they had made some recalls,” says Carder. “We didn’t even talk to our friends at [California] ARB to follow up on it. That’s really how confident we were that they’d have fixed this, that it was going to be a nonissue.”

What the West Virginia team didn’t realize was that they’d exposed one of the biggest deceptions in the history of the auto industry. On Sept. 3, 2015, VW admitted to U.S. and California regulators that it had not only been selling high-polluting cars but that it had deliberately outfitted them with “defeat devices” that sensed when an official emissions test was under way and temporarily trapped the worst of the exhaust—chemicals that contribute to smog and acid rain.

“Device,” actually, is something of a misnomer. The cheat is merely several lines of software code in the computer that controls a Volkswagen’s engine and exhaust systems. According to the U.S. Environmental Protection Agency, when the car detects a test—certain steering patterns; speed; barometric pressure; only two wheels spinning instead of four—it switches into a cleaner mode called “dyno calibration,” after the testing machines. The cars can run cleaner, but they can’t run cleaner without sacrificing fuel efficiency or some of the engine’s power.

The FBI has opened a criminal probe, and an investigation by the EPA could result in as much as $18 billion in penalties, compounding the immediate loss of tens of billions of dollars in Volkswagen’s market value. On Oct. 8, more than 50 German police and prosecutors raided Volkswagen facilities and employees’ homes at dawn. VW plans to recall 11 million cars and is bracing for class actions from consumers who paid a premium for what they were led to believe was a more efficient and environmentally friendly ride. To raise the funds the company will need to pay all the costs associated with the scandal, several industry analysts foresee VW selling off one or more of its 12 brands, such as Bentley, the British racing-turned-luxury sedan manufacturer, which has struggled recently, or Ducati, the Italian motorcycle maker.