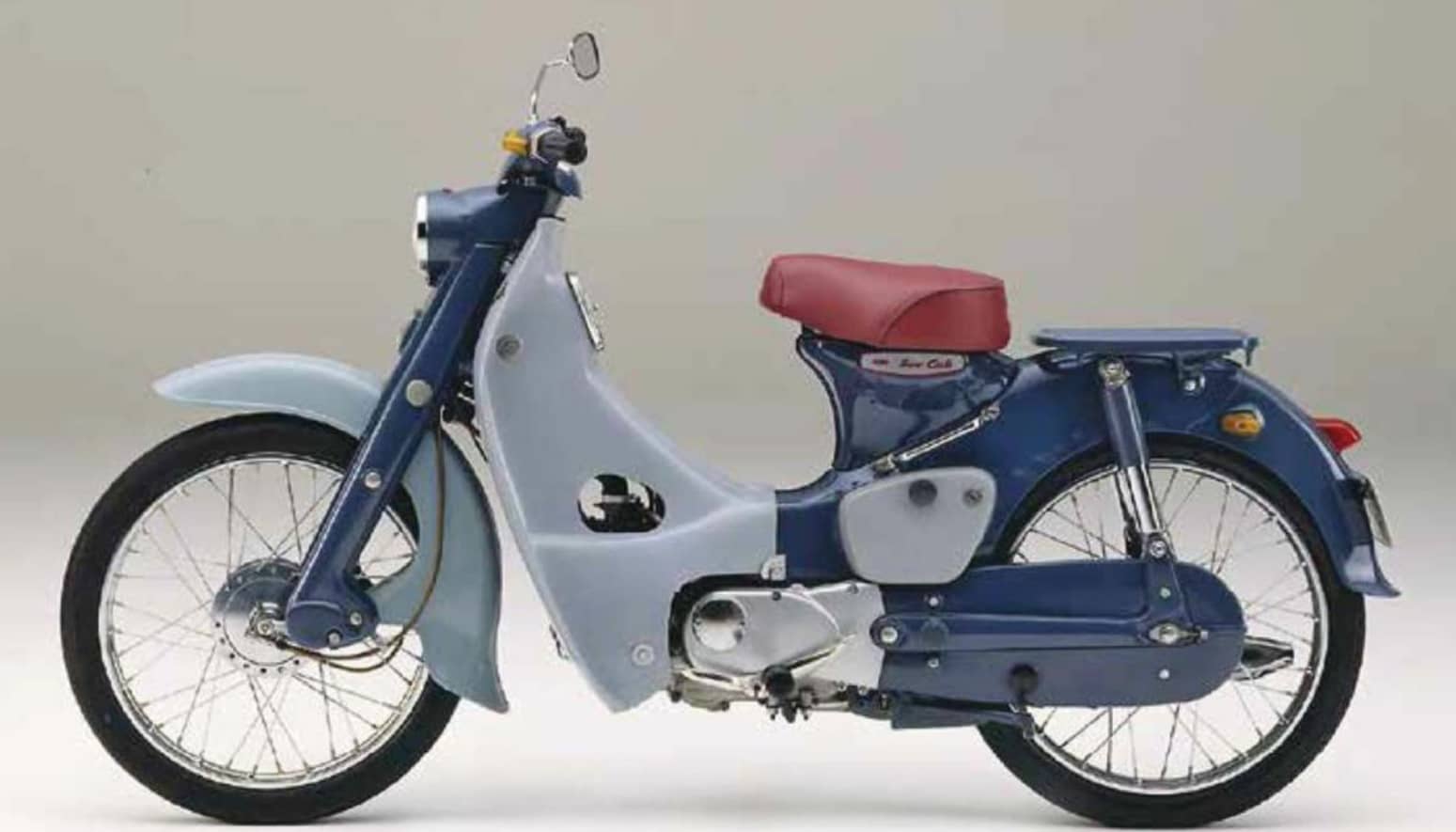 What is the most significant Honda of all time? Of course, it must be the CB750. Or any of those incredible 6-cylinder racing bikes from the 1960s. Or the NR750 with its oval pistons. Hang on, it must be the Fireblade?

Before you all assume that it must be because 100,000,000 (that’s one hundred million to you) have been manufactured, I’m going to have to disappoint you one more time. Yes, any motorcycle that sells in those numbers has to be significant because it must have been good enough to sell in those numbers in the first place. But it ’s not the reason I’m thinking of.

The Honda Super Cub was the brainchild of Soichiro Honda and Takeo Fujisawa; Honda was the engineering and production brain of the company, Fujisawa the finance and business brain. It was Fujisawa who saw that the normal progression in terms of personal transport was from a bicycle to a clip-on engine for a bicycle, maybe to a scooter and thence to a small car. The motorcycle didn’t fit into this timeline anywhere. He wanted to change that.

All Soichiro wanted to do was go racing but Fujisawa was adamant. His idea was a motorcycle that would be everything to everyone, everywhere, whether first or third world, urban or rural. It had to be simple to survive in places with no access to specialist tools or spare parts; it had to address the usual consumer complaints of noise, reliability (both mechanical and electrical) and dirt, and be simple to operate. Eventually, Soichiro’s interest was kindled and he delivered the bike Fujisawa knew was going to put Honda on the map.