The Stars of EICMA
We’re back at the greatest motorcycle show in the world for a preview of next year’s models, as well as a healthy helping of concept bikes. Here are some of the stars
Anosh Khumbatta

Hero MotoCorp’s massive stand at EICMA 2019 had all of the current models that are sold in 40 countries on display; however, centre-stage was the Xtreme 1.R Concept motorcycle. This striking bike is a demonstration of the direction that Hero wish to take with future Xtreme models. However, being a concept, we do expect the production version to be somewhat toned down.

The aggressive design is highlighted by that frowning face, floating seat unit, and upturned tail section, with a rear-view camera peeking out from just above the taillamp. We don’t expect the beefy USD fork, Nissin brakes, stubby Arrow exhaust or the slick tyres to make it to the production version, but it’s nice to see what Hero are capable of conceiving.

Although the company hasn’t released any technical details, we expect the oil-cooled single to displace 160 to 180 cc when it makes it to production.

For all the XPulse 200 riders out there, Hero have been working on a rally kit to give the machine even more off-road capability. Taller, adjustable suspension units at both ends add 55 mm of ground clearance, while the flatter seat and bar-risers are more in tune with standing up on the pegs when riding off road. The kit also includes an extended gear-lever, designed to work with bulky off-road boots, reworked sprocketing for shorter final gearing to unlock immediate grunt at low revs, and knobby Maxxis rubber to find grip on loose surfaces. The rally kit should be available at your local Hero dealer early next year and we expect pricing in the range of Rs 50,000 to Rs 70,000. Unfortunately, the pictured carbon-fibre-tipped Akrapovic is not included. 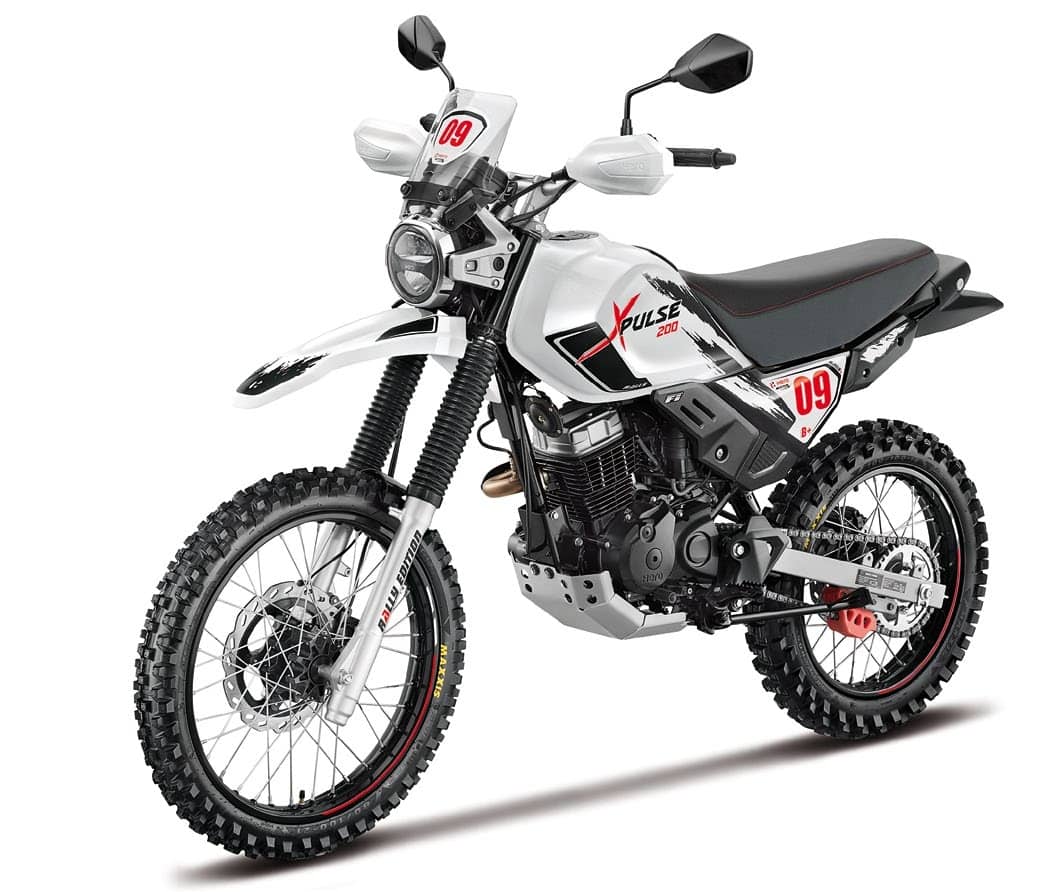 The Italian firm seems intent on reawakening the middleweight supersport class with the new RS 660. Powered by a new parallel twin that makes 100 hp and inheriting the good looks from its V4-powered cousin, the RS 660 makes a lot of sense for a track rider who isn’t ready for a full-blown superbike and would rather perfect his craft on a more manageable machine. And for those who don’t plan to hit the track, Aprilia have also introduced the naked Tuono 660. 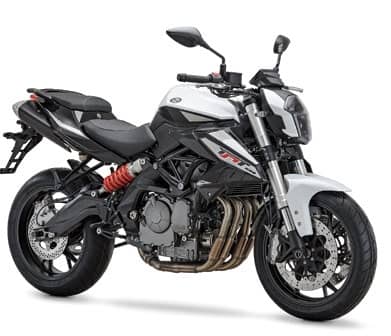 Benelli had quite a large stand at EICMA 2019, with several of their models on display. The TNT 600 has been quite a popular bike in India since it is the most affordable in-line four-cylinder motorcycle available here and the 2020 model year will see upgrades, including a new headlight design, a TFT display, and a Euro 5-compliant powerplant. Unfortunately, this emission compliance has added three kilograms to the already heavy motorcycle and marginally reduced peak power and torque.

Benelli recently launched the twin-cylinder Leoncino 500 in India and we caught a glimpse of its bigger brother at EICMA. The Leoncino 800 retains the retro styling sensibilities of the 500, but with a lot more street presence. It is powered by a liquid-cooled 754-cc parallel twin that makes 81.6 hp and 67 Nm or torque. Highlights include tubeless-type spoked wheels, Brembo braking components, LED lighting, a TFT display and an off-road biased Trail version. Expect to see this one hit our market sometime next year. 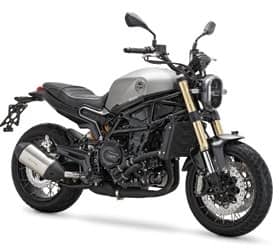 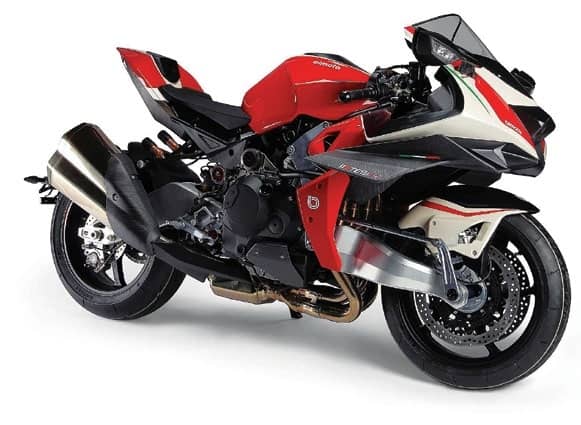 Kawasaki have bought a 49.9 per cent share in the Italian marque Bimota and the first motorcycle to come from this new partnership is the Tesi H2, which has the Ninja H2’s supercharged motor mounted within Bimota’s double-swingarm frame and wrapped in all-new plastics. The major talking point of this machine is Bimota’s traditional hub-centre steering, which eliminates fork dive when braking, and hence maintains a static chassis geometry. We’re still awaiting official word on the expected output figures for the production version and assume they will match the H2’s 231 hp and 141.7 Nm. 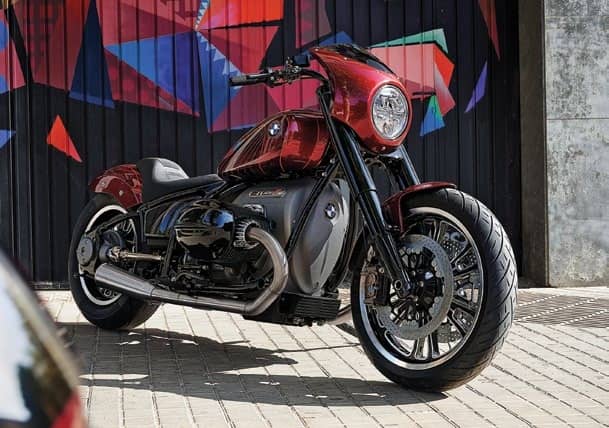 We have already seen the Concept R18 unveiled earlier this year; the Bavarian manufacturer’s first attempt at a cruiser, albeit in concept form. The follow-up to this minimalistic, low-slung cruiser, the R18/2 seems aimed squarely at the American market with its laid-back ergos and massive 1,800cc air-cooled boxer engine. Expect BMW to hit the cruiser segment in the second half of 2020 with a derivative of this concept.

The 2020 iteration of BMW’s four-cylinder sporty ADV is now powered by a derivative of the new S 1000 RR engine, although it is mysteriously missing the ShiftCam variable valve timing tech. In this XR guise, the motor continues to make the same 165 hp peak output as the outgoing bike, although BMW claim 10 kg of weight loss, which will boost the bike’s power-to-weight ratio. Other changes include asymmetrical front end, sharper bodywork, adjustable windscreen, and a TFT dash. 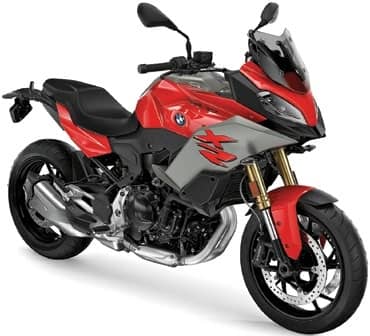 BMW’s F 900 R is a naked middleweight roadster powered by an all new 895-cc parallel-twin that produces 105 hp and 92 Nm of torque. It gets optional electronic suspension systems by ZF, a TFT display, LED lighting with cornering lights, and more. The new F 900 XR is the first middleweight to sport the “XR” badge. It is based on the abovementioned F 900 R, but gets ADV elements such as upright ergos, excellent wind protection, and wide handlebars with hand-protectors. 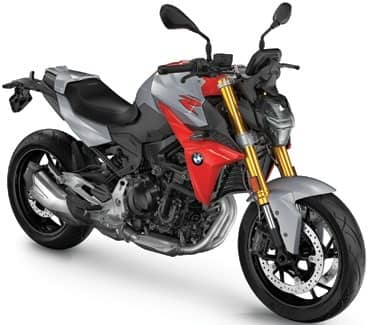 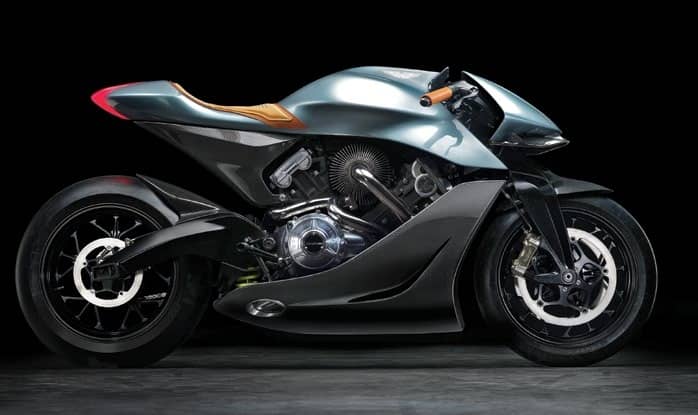