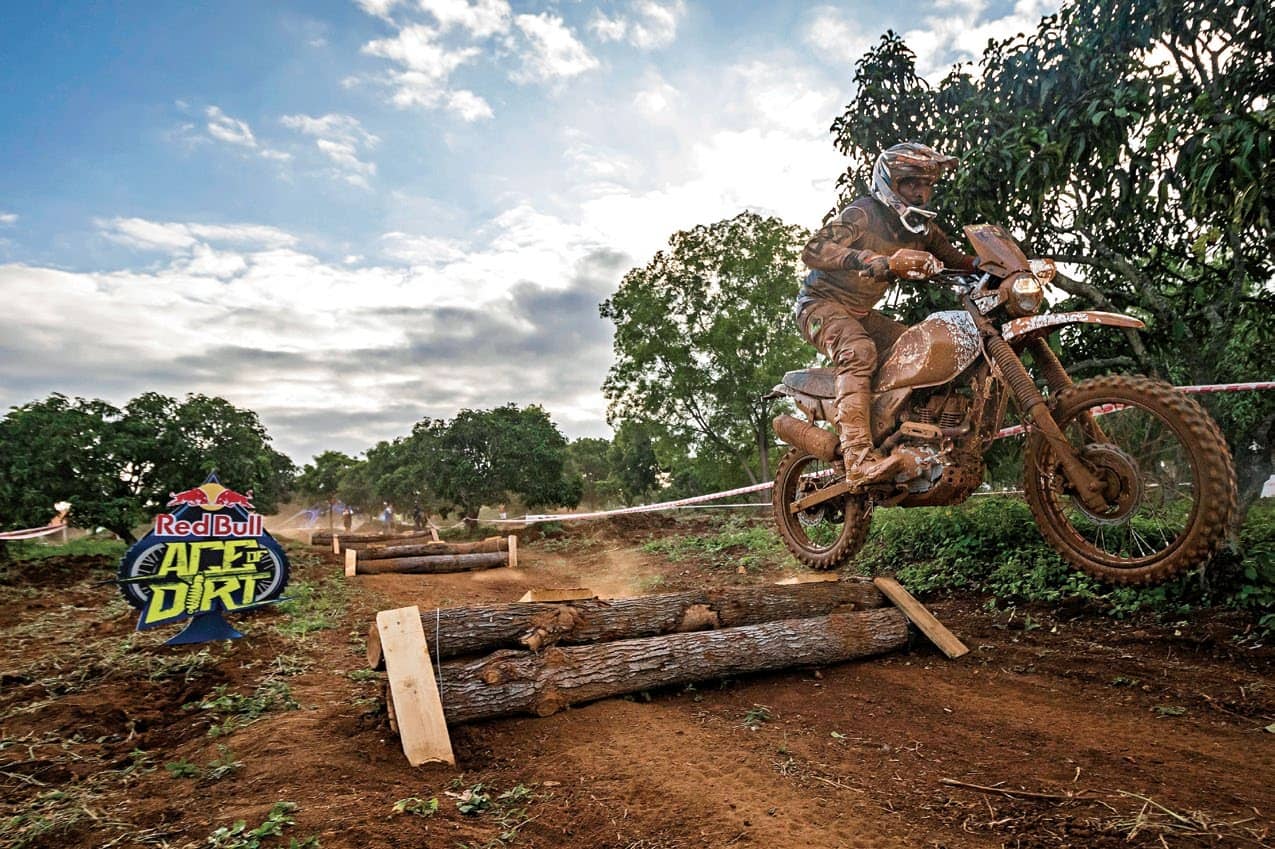 Red Bull kicked off a first-of-its-kind off-road tournament, “Ace of Dirt”, at Big Rock Dirt Park in Bengaluru on the 14 of November

As many as 32 riders from all over india were invited to the ace of dirt tournament that was held at Cs santosh’s facility on the outskirts of Bengaluru. riders had a practice session a day prior to the actual event to get well acquainted with the dirt-track they would be riding on. The winner of the tournament would get a once-in-a-lifetime opportunity to train with Cs santosh. 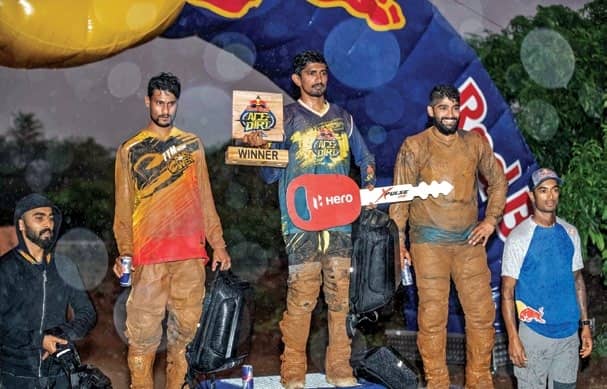 The day kicked off early in the morning with all the riders ready to take on the obstacle-ridden dirt-track. The day started with time qualifications which gave the riders an idea of how well they were performing. Being a tournament suggests there were sudden eliminations. The 32 riders were divided into eight groups of four riders each. at the conclusion of eight races, it left a total of 16 riders going on to the next round.