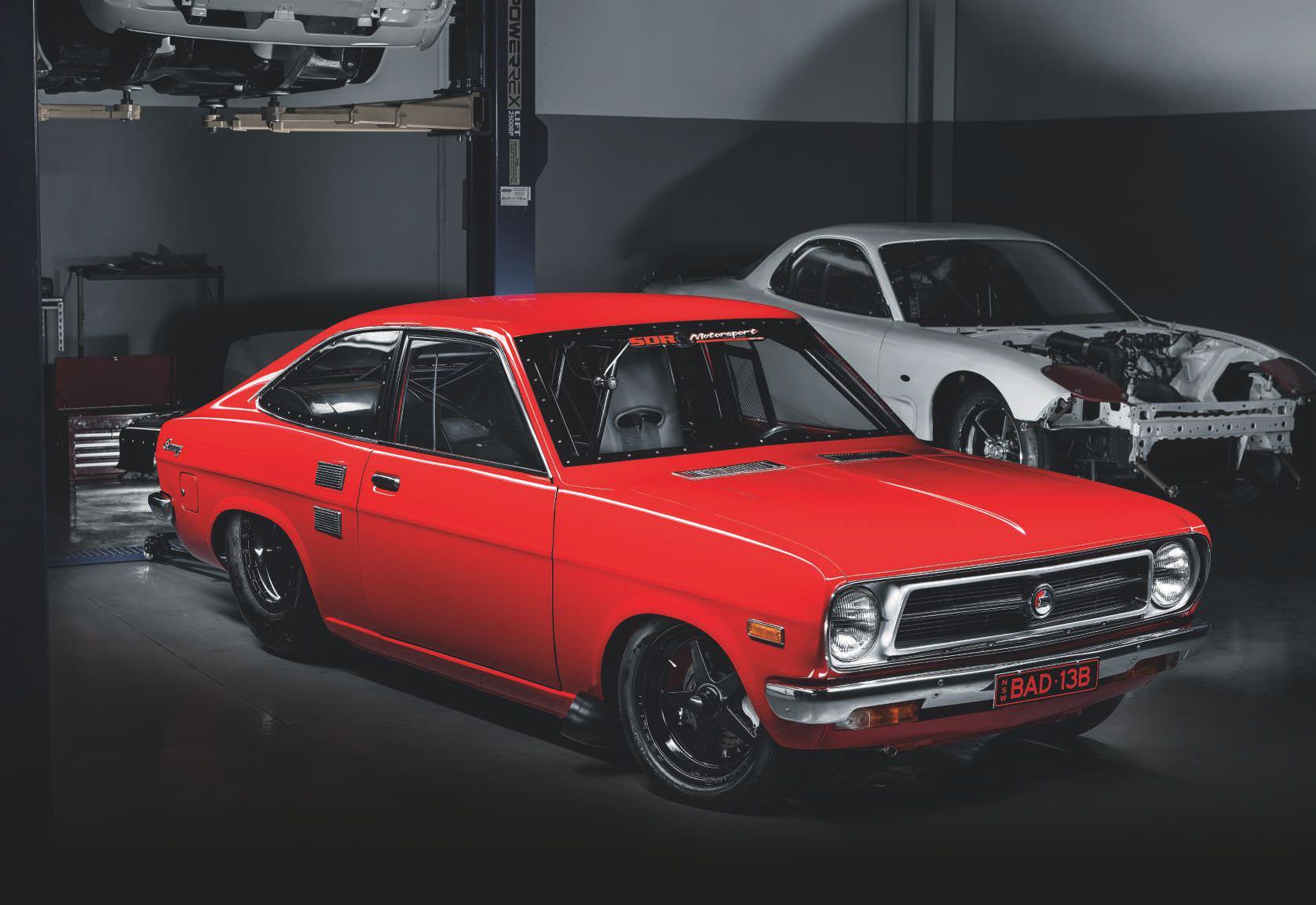 Shane Bugeja’s Datsun 1200 started life on the other wide of the world. Now this Aussie monster runs low 7s and looks better than ever, too!

Isn’t it amazing how rich and varied the lives of cars can be over the span of their lifetimes? Of course the older the car, the deeper the story goes and as you can probably tell just by the look of this 1972 Datsun B110 1200 Sunny, there’s a whole lot to tell about how it came to be. The story doesn’t just cover how it has survived the past 45 years either, as this super clean, retro rocket also happens to be packing a 13B rotary engine that produces over 1000hp! In-turn, with that kind of firepower under the bonnet, it’s able to propel the little Sunny up the quarter mile in just 7.2 seconds at over 190mph!

But although there isn’t technically a huge amount left of the original 1200 Sunny in Shane Bugeja’s red 7-second monster, its story is still an interesting one. It all began on the other side of the world from where Shane’s home is located in Sydney, Australia. In fact, it started on the tiny Caribbean island of Puerto Rico, which in case you weren’t aware is place quite partial to drag racing rotary-powered cars. It was there that the little Datsun B110 was initially converted to run a seriously tweaked 13B turbo engine as an all-out, semi-space framed race car for the strip and it proved to be highly successful, too. There it won plenty of trophies and achieved fame when it held the world-record for a Datsun at the time, running as quick as 7.3 seconds. Sometime later, the car was located by a rotor-mad Australian enthusiast and shipped back to Sydney. The record holder ended up in the hands of Steve from SDR Motorsport, in the city’s western suburbs. It’s a workshop well known for its mean rotary builds and so the Datsun was in safe hands. Steve put the car straight to work and competed successfully in the Pro Compact series, becoming the fastest three-quarter chassis, 13B powered car in the country. That’s quite an accolade when you consider how seriously the Australians also take their rotary-powered drag cars.