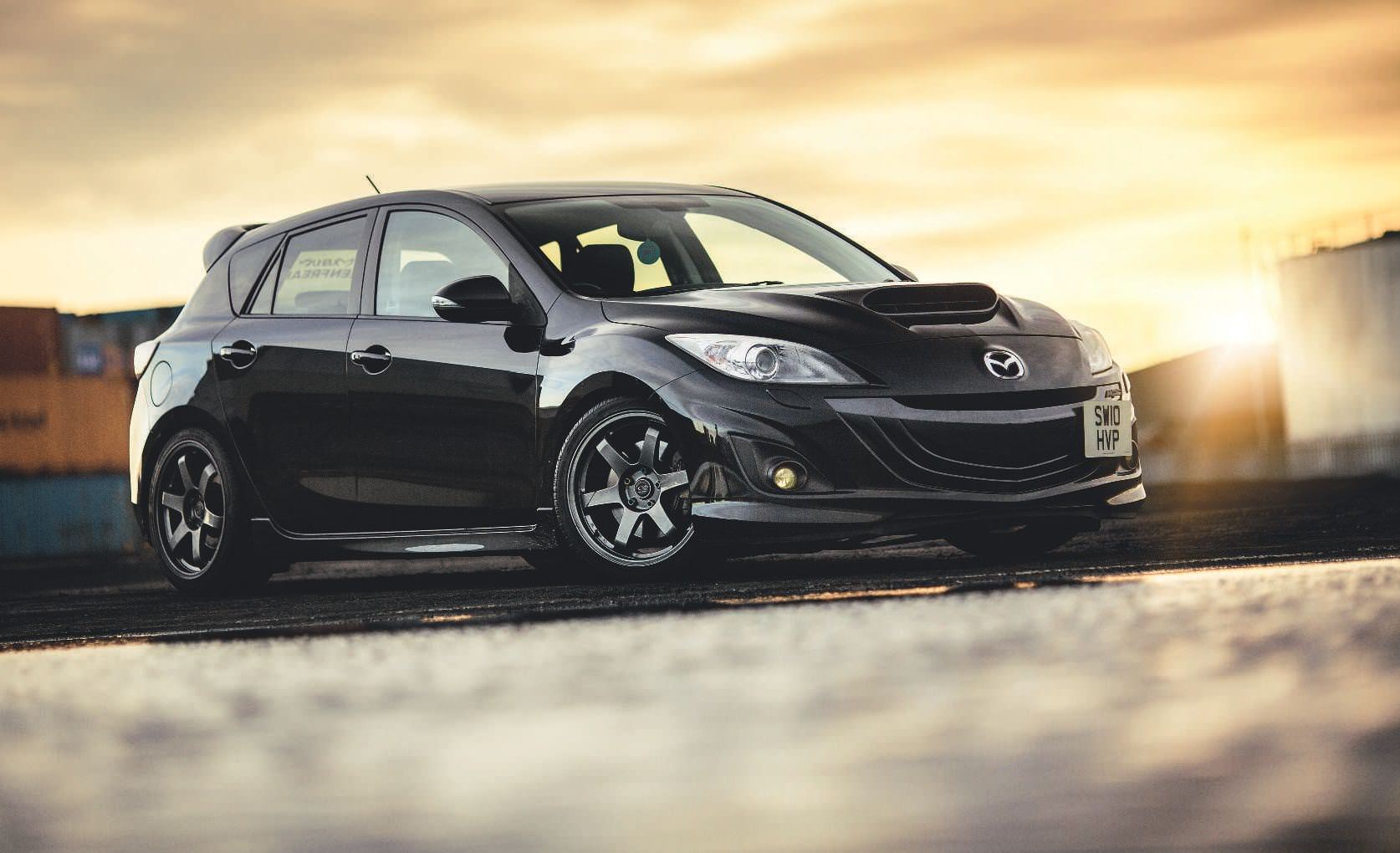 What happens when you use a slightly less common base car for your fast-road hot hatch project? We head to Northern Ireland to find out with Noel McQuaid and his striking Mazda3 MPS…

How did your car history start then, Noel?

My first car was a Renault Mégane coupé, then I had a Renault Clio which was the first car I modified. After that, it was a Seat Leon (again heavily modified) and then the MPS. Not a massive list of cars, but I’ve always had jobs which involve driving a wide range of cars so I get to drive and experience different vehicles all the time there.

What made you go for the slightly leftfield MPS, then?

Mainly because of the sheer exclusivity of them here in Northern Ireland – believe it or not, there are only three examples of the second-generation Mazda3 MPS over here! When I bought this one, it was two years old and completely standard. I flew over to Edinburgh for it and drove it all the way home from there.

How did the modification process begin on this particular car?

The original plan for this car was to just enjoy it in standard trim, but it didn’t take long for the modification bug to hit me hard! The first couple of things I bought was my COBB Access Port and an air intake; fitting the intake was easy and I just used a base map from COBB to go along with it to start with which was nice and simple.

Next up was a set of H&R lowering springs. With the help of a few mates in a friends’ driveway we started removing the old suspension and had problems right away with bolts breaking as we were removing the drop links and shocks. Many hours later, with a lot of swearing and the help from a blow torch and an angle grinder we had only the fronts done… Luckily the rears were a bit easier.