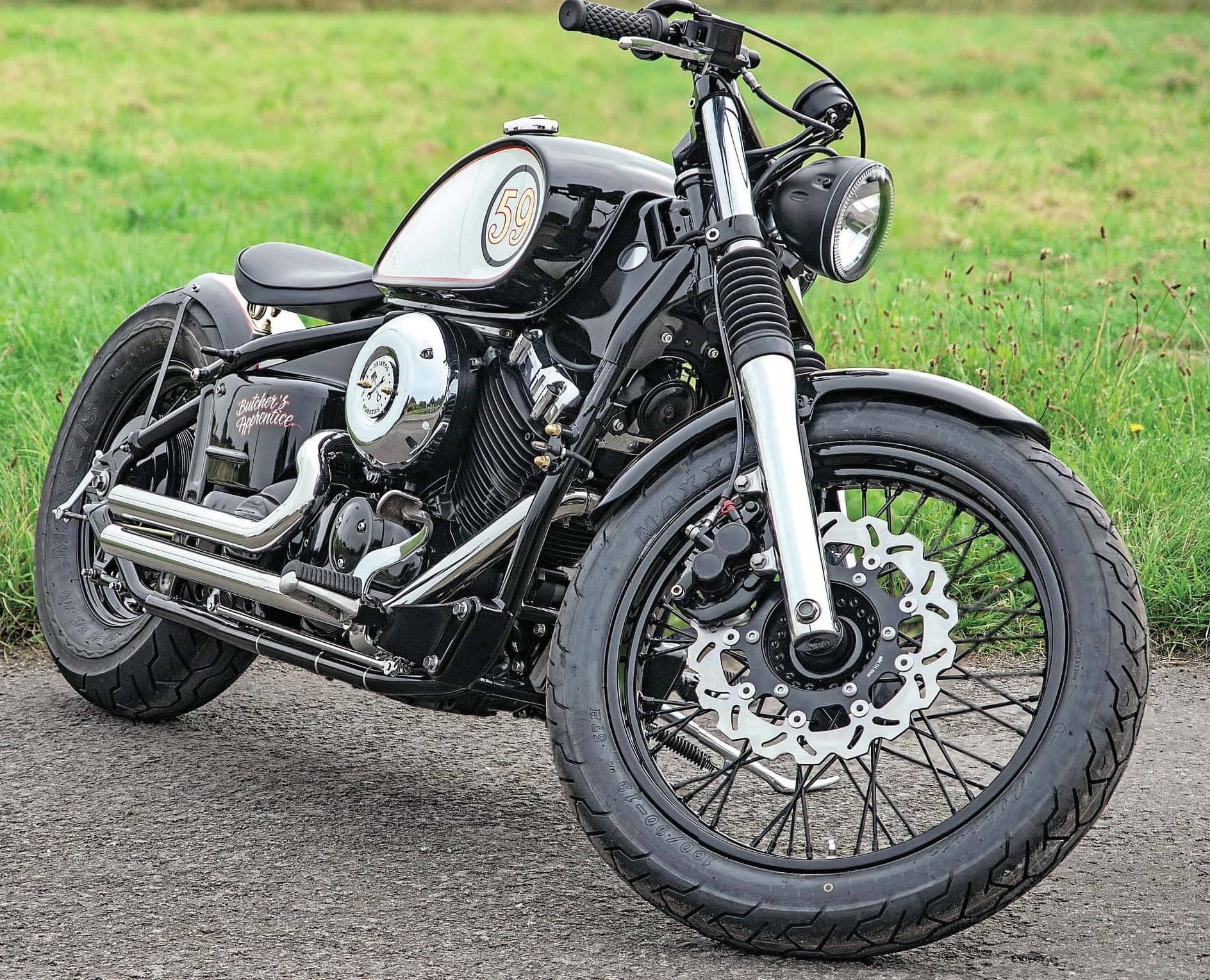 MANY FOLK MIGHT NOT LOOK AT A YAMAHA DRAG STAR AND THINK ‘CAFÉ RACER PROJECT’, BUT LUKE AND MIKE AT BRISTOL BOBBERS RECKONED ONE’D MAKE AN IDEAL DONOR FOR A TRIBUTE TO THE ICONIC 59 CLUB, AND DECIDED TO BUILD IT TO THE STYLE OF THAT ERA – LOW RACER ‘BARS, AND A SLIM-LINE TANK.

They started with a stock 1999 XVS 650 that came to them fitted with not only huge aftermarket indicators the size of grapefruit, but also an actual tow-bar(?!?), and stripped and cleaned it before stepping back to take a look at what they’d got.

The planning then began – they looked at countless pics, articles, and posters of Brooklands-era bikes, and stuff from the Ace Cafe too, and, after much thought, out the spanners came and the dismantling began. 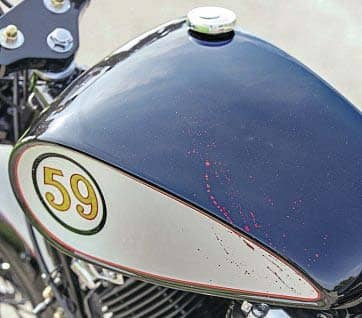 The Softail frame and swingarm, they decided, were to be left stock as they look pretty good as standard, and were just sent away for soda blasting (less damaging, but just as effective as normal blasting) and powder-coating, but the rear needed some work – the ugly stock back end was cast out, as they say in the Old Testament, and a new slim, wheel-hugging rear ’guard added, along with a side mount LED number-plate, and a combined, and almost invisible (but very bright), rear light/brake light/indicator unit. 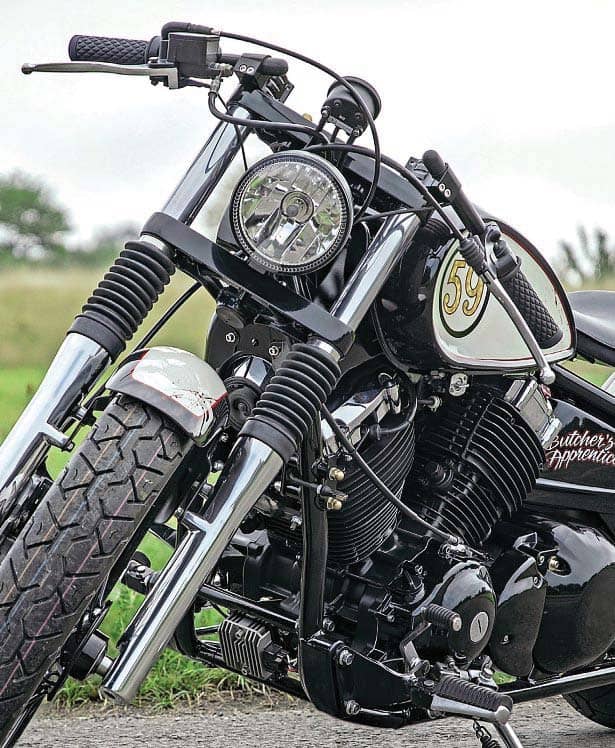 A black leather solo seat finishes off the minimalist back end, and gives the canted forward riding position they were after.