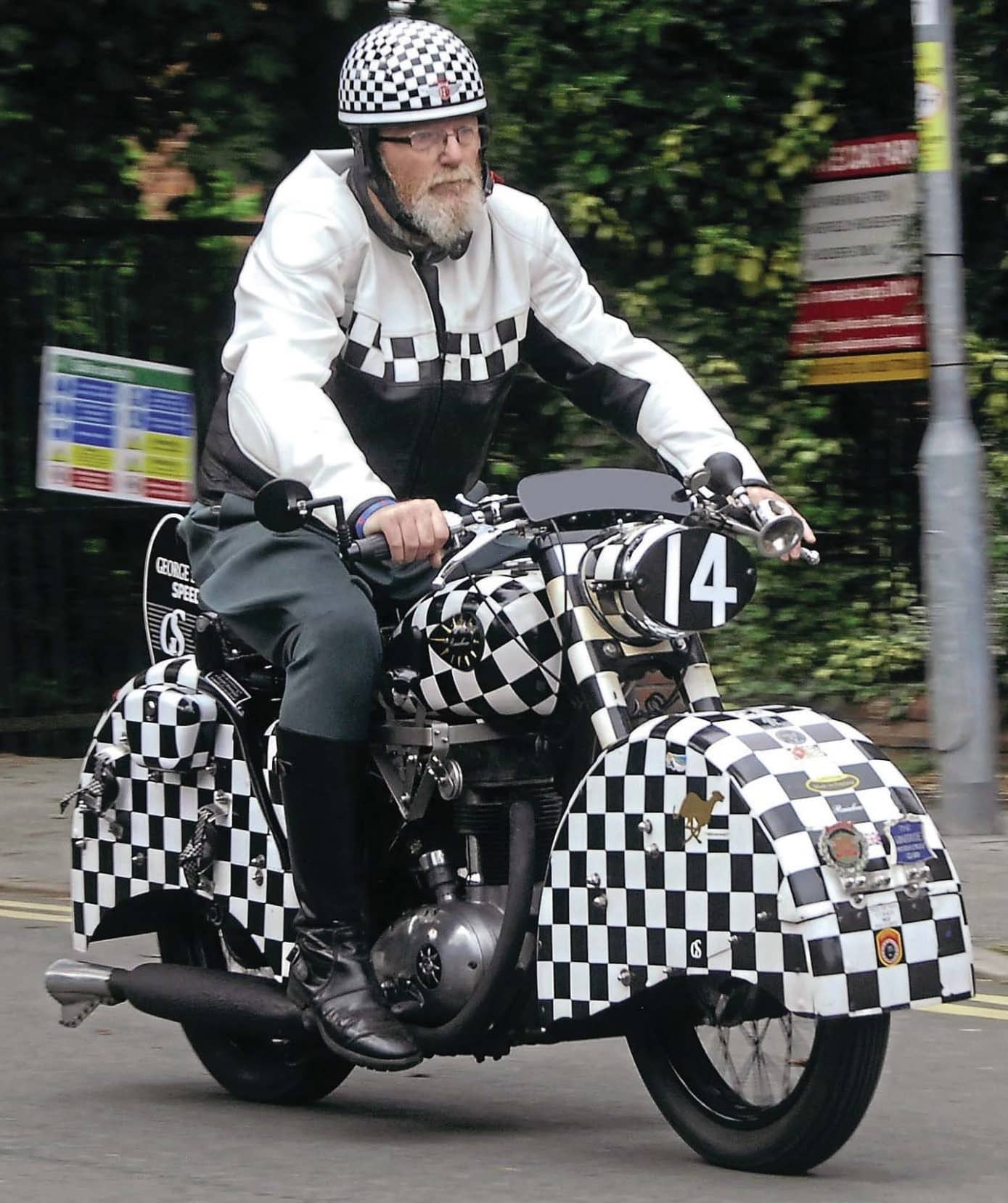 FRED AUSTIN’S A PROUD YORKSHIREMAN WHO BELIEVES IN DOING A JOB THOROUGHLY, AND WITH PANACHE.

The tiny terraced house in Barnsley where he and Jean have lived for forty years is as astonishing as it is pristine – every tiny nook and ingenious cranny’s been utilised creatively to garage a spotless motorcycle collection worthy of a much grander dwelling. There are bikes salted away everywhere, including a lovely Norton Commando, and a T100 tribute to Steve McQueen’s ride in ‘The Great Escape’, and tucked around the back in a shed hardly bigger than a sideboard is this wonderfully quirky version of the bike that starred in ‘No Limit’ – the 1935 George Formby film set around the Isle of Man TT Races.

Fred’s a keen fan of Our George and treated me to a couple of ditties on the ukulele while we chatted about the BSA, and he’s at pains to emphasise that, far froman exhibition piece, his ‘Snap’ does the daily commute and gladly attends events by invitation anywhere he’s asked. 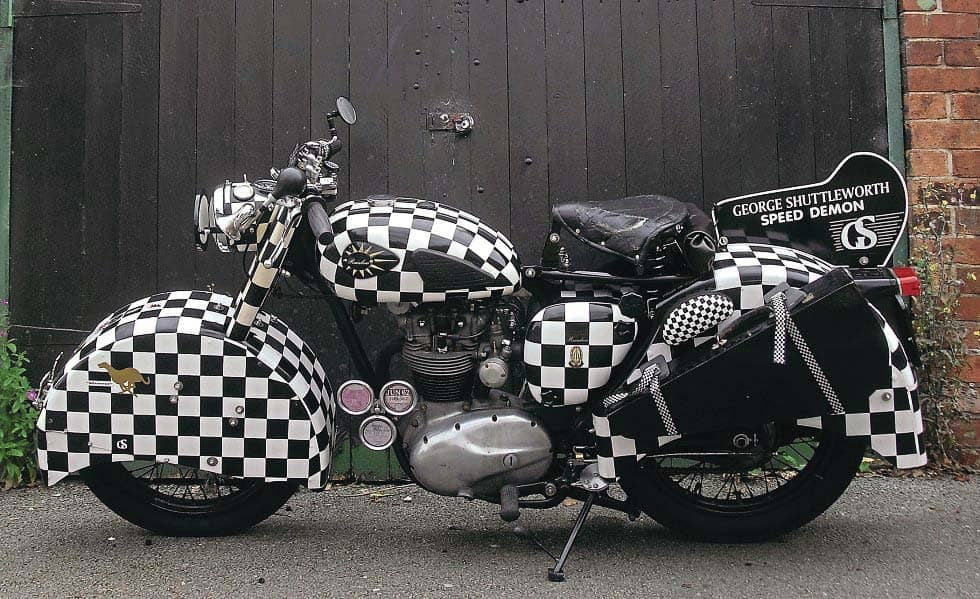 It all began when he acquired a 1962BSAC15back in 1995with the intention of cannibalising it for spares to supply another C15 he was renovating. A friend’d been interested in relieving him of the remains but, when that fell through, he enquired about selling the registration – 355 YG. He was offered twice the amount he’d paid for the whole bike so decided to keep the now valuable bike (and logbook), with the various parts remaining safely in storage at his brother’s garage while he completed the original C15. This renovation gradually turned into a café racer project, and the parts he’d taken off 355 YG were put back, making its restoration easier.