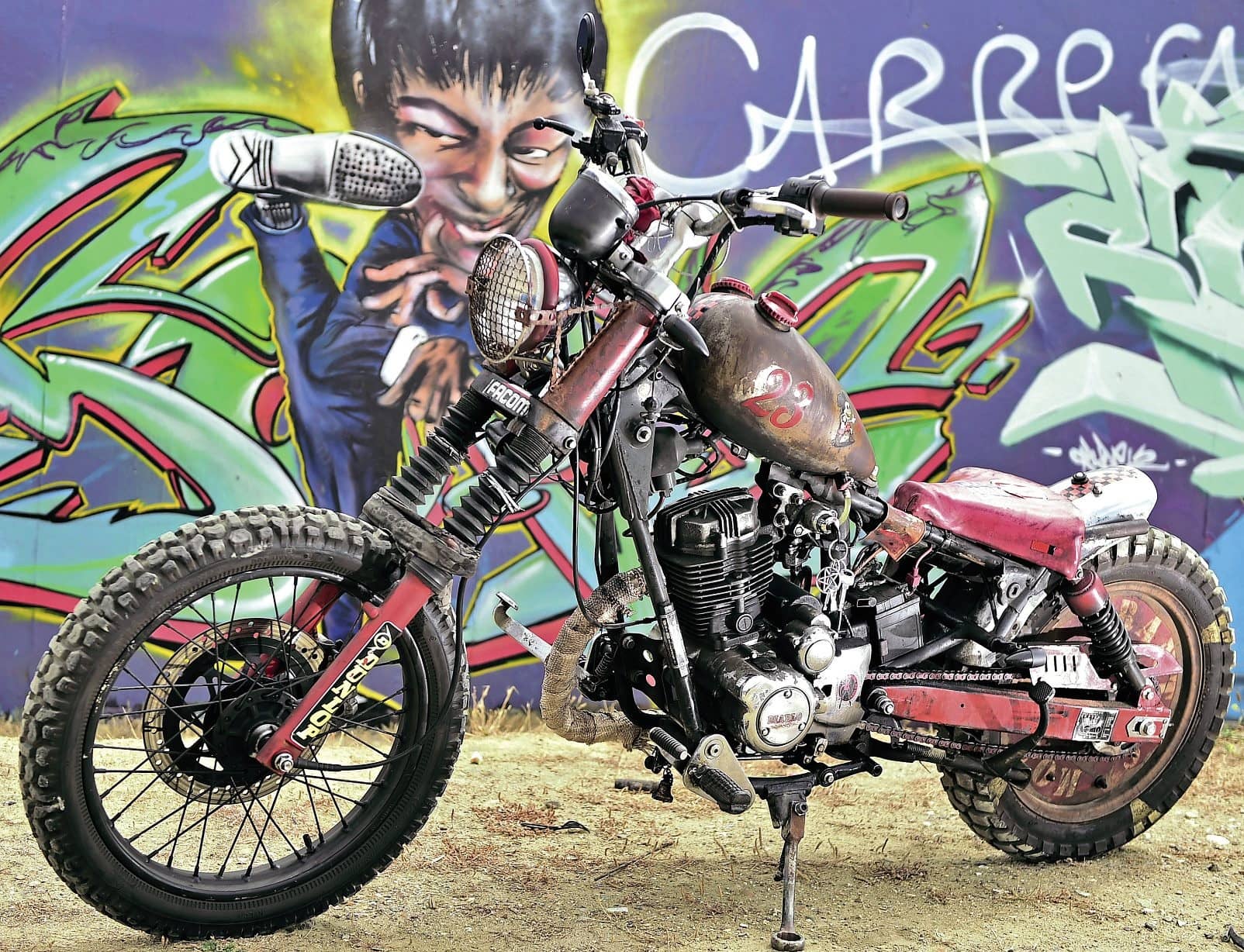 IN AN IDEAL WORLD MY BIKE’D LOOK LIKE A POST-APOCALYPTIC, HILLCLIMBING SPEEDWAY BIKE, BUT HOW DO I GET CLOSE TO A COMBINATION OF THOSE ARMED WITH ALMOST NO MONEY, PARTS OR EQUIPMENT AND (AS IT’S MY FIRST BIKE) A SHONKY CHINESE 125?

IT was originally a CG125 cruiser clone, but I loved that it said ‘Diablo’ on the engine (and was only £250). The basic stance of the bike was great, but I disliked all the plastic gubbins, and the giant tank, so all that went in the bin. Once stripped, it actually looked like a bike and, with the rear shocks laid over so much, it already looked a bit off-roadish. The back end needed a seat and a mudguard though so I raided a friend’s garage to see if I could find anything I liked, and found the old rusty frame and springs from a Bantam saddle, and an old Suzuki GS550 back mudguard that had potential.

With the help of said friend, we got rid of most of the rear sub-frame, and then cut, bent and re-welded what remained to narrow it in to suit the seat and mudguard until it all flowed together nicely, and terminated with shotgun cartridge caps in the end of the tubes. The original shocks were far too soft so I upgraded them with NOS chrome GS550 ones donated, under duress, by the same friend. I covered the seat in buffalo hide, and stained and dyed it until it had a good, battered, vintage look that I liked.