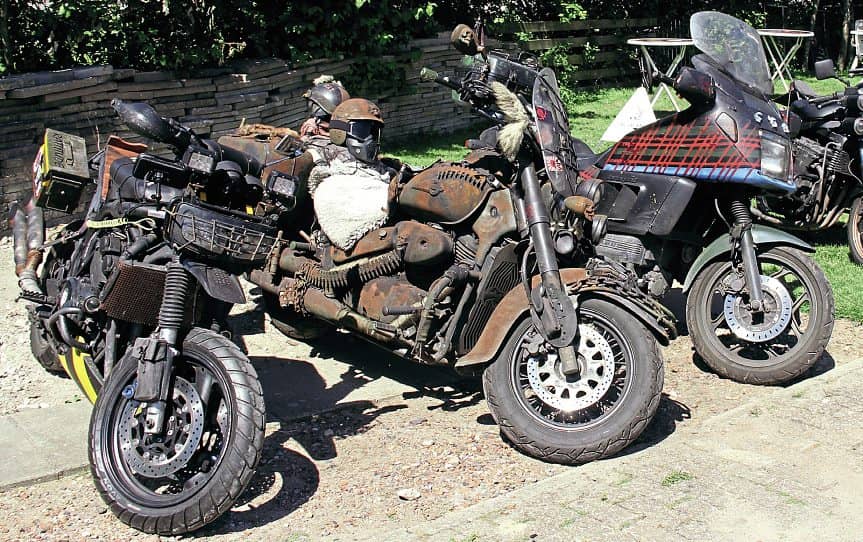 FOR MORE YEARS THAN I CARE TO REMEMBER, THE LADS FROM THE RATAPLAN RATBIKECLUB (WWW.RATAPLANRATBIKECLUB.NL) FROM HOLLAND’VE BEEN TRYING, EACH TIME THEY COME TO THE RAT & SURVIVAL, TO GET ME TO GO OVER TO THEIR LONG-ESTABLISHED RAT BIKE DO OVER THERE. MOST YEARS, THOUGH, DUE TO WORK COMMITMENTS, I HAVEN’T BEEN ABLE TO…

For 2019, though, I managed to juggle schedules and deadlines, and on Friday, June 27 meself and the good lady, and a fair-sized group of other British reprobates too, rolled up at the Dutch Hardly Rideables, the DHR, at the Highlands club in Ijsselstein, even though it didn’t officially open until the following day.

The DHR is, y’see, really a one-day event, but they do open up the facilities to a certain extent (the bar and toilets’re open, but there’s not really any food) for long-distance travellers. Highlands, a very cool biker bar, is just a few minutes’ walk outside the very picturesque little town of Ijsselstein though, and so food’s available from a number of nice little restaurants a pleasant wander down the canal away.