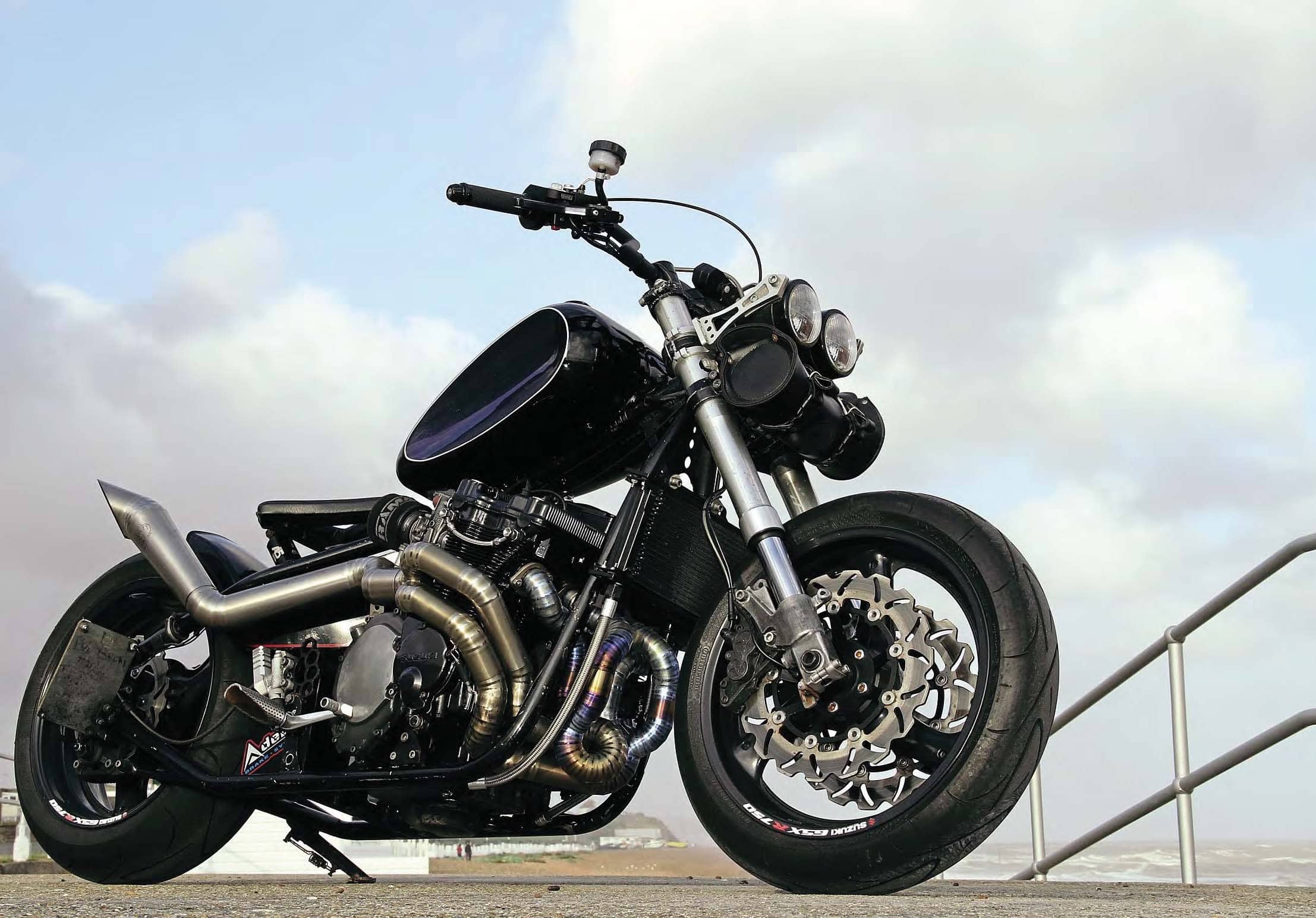 I DUNNO, YOU'RE MINDING YOUR OWN BUSINESS AT A BIKE SHOW, AND SOME DREADLOCKED WEIRDO COMES UP AND STARTS RAVING ABOUT YOUR BIKE...

I bought the bike, a GSX-R 750 Slingshot with a Hard Up Choppers frame, back in 2013, and rode it as it was for a while, but it came with a few issues. It had one fuse that supplied the whole bike, and the coils were just bouncing around in the electrics box, which caused more than one 'mystery' breakdown! The original look of the bike was great, with its clip-on 'bars and its tiny peanut tank, but the 60-mile range was impractical to say the least, and the original headlight had all the candlepower of a sick glow-worm, which made night-riding a matter of prayers, guesswork, and an almost psychic knowledge of Sussex roads. 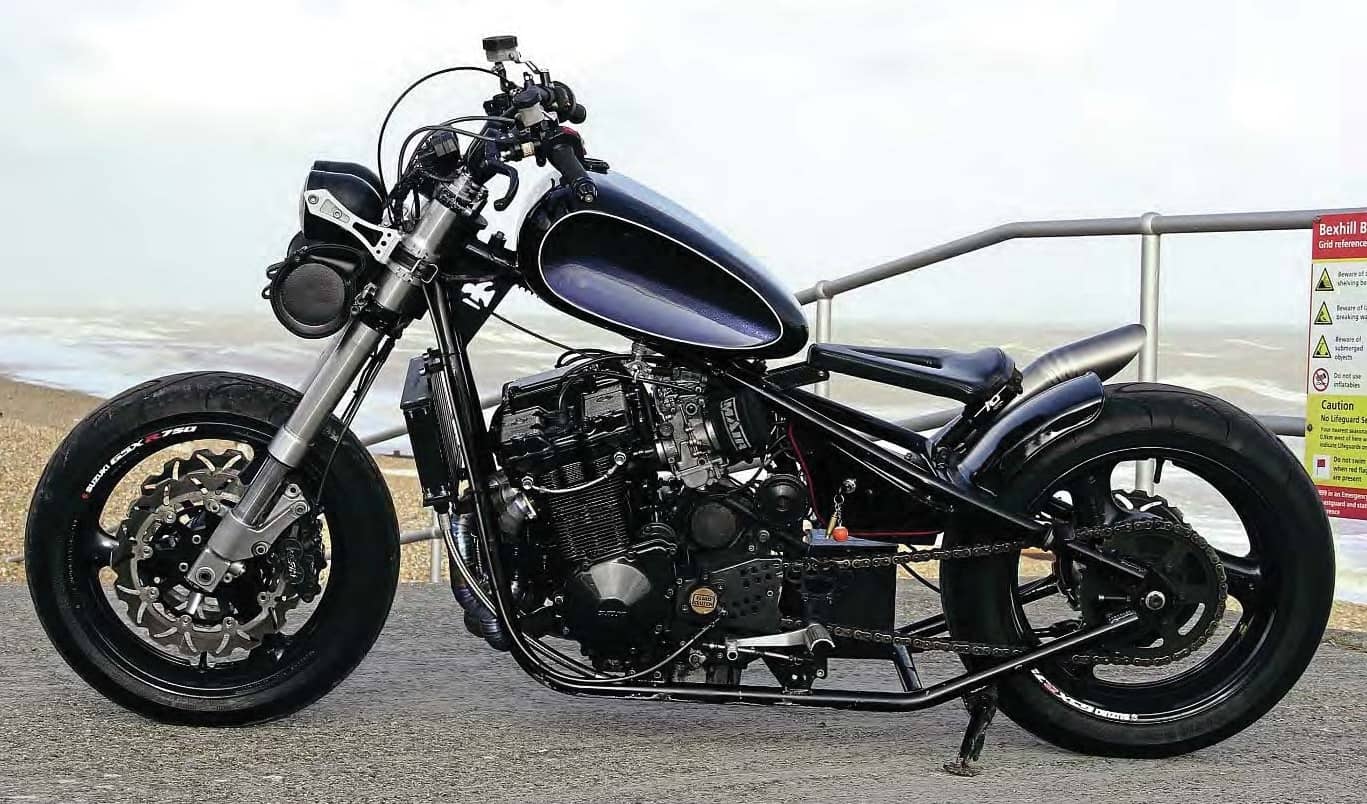 After meeting the bike’s original builder at a show, I discovered that it’d been finished in a rush for a show, and was s’posed to come back to them for proper wiring, setting up, and a few other bits but, once it’d gone out the door, they’d never seen it again. I decided it was time to take it off the road, and sort it out once and for all… things don’t quite work like that, though, do they? 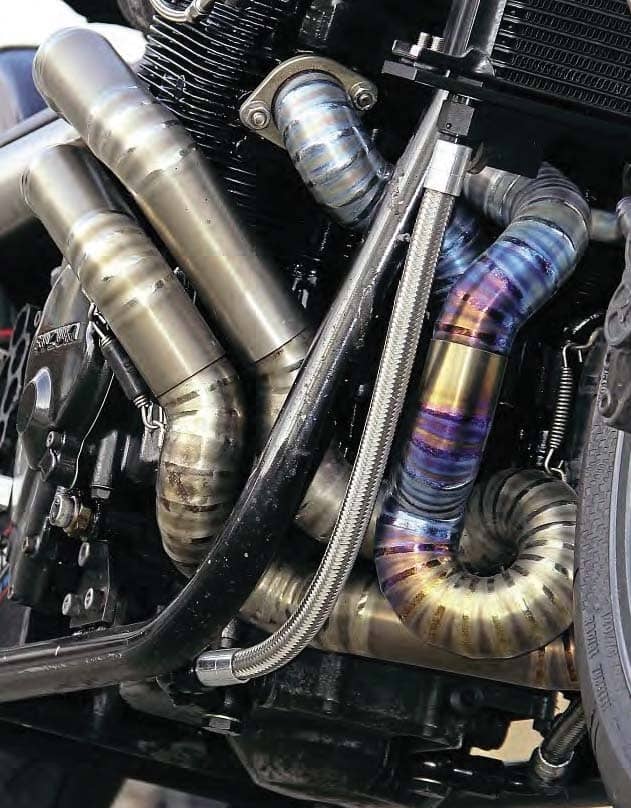