Our year with Hyundai’s hottest hatch is off to a blistering, blissful start

AARON GOLD
THE HYUNDAI VELOSTER N is the first U.S.-market car from Hyundai’s high-performance N line, tuned under the watchful eye of ex-BMW M division chief Albert Biermann, now a Hyundai president and head of its R&D division. We named it one of our 2019 All-Stars, so it won’t surprise you to learn that the hottest hatch ever to hail from Hyundai has garnered a ton of respect from within the Automobile ranks.

That respect was hard-earned. When the time came to evaluate our 2019 All-Stars contenders, a small group of fanboys on staff pushed the merits of the Veloster N, but those who hadn’t driven it yet questioned the notion that it could run with the industry’s best hot hatches. (We remember how poky the original Veloster was and how the first-gen Veloster Turbo disappointed us.) After much discussion, the Veloster N got its one shot at glory—and it made an indelible mark.

The N also inevitably invited comparison to Honda’s Civic Type R, a member of the All-Stars Class of 2018 and itself a veteran of the Four Seasons fleet. The general consensus was best summed up by news editor Conner Golden, who said, “It’s not quite as good as the Civic Type R, but for roughly $6,000 less, it doesn’t have to be.” As our year with the Type R drew to a close, it was obvious which car would replace it—so we welcome the 2019 Hyundai Veloster N to its own Four Seasons test.

Buying a Veloster N is easy because most of the performance bits come standard, including its 2.0-liter direct-injected turbo-four, a six-speed manual with a rev-matching feature (as with the Civic Type R, there is no automatic transmission on offer), driver-adjustable suspension, gloss-black spoiler, and plenty of racy red trim.

There’s only one option package for the Veloster N, the $2,100 Performance package, which bumps the engine’s horsepower rating from 250 to 275. (Torque is unchanged at 260 lb-ft, but peak torque is delivered between 1,450 and 4,700 rpm instead of dropping off at 4,000, as with the base engine.) The package also includes an electronic limited-slip differential, 19-inch wheels with Pirelli P Zero summer tires, bigger brakes, a lower final drive ratio, a different front stabilizer bar, and a valve that opens up the exhaust. Naturally, we checked that box. 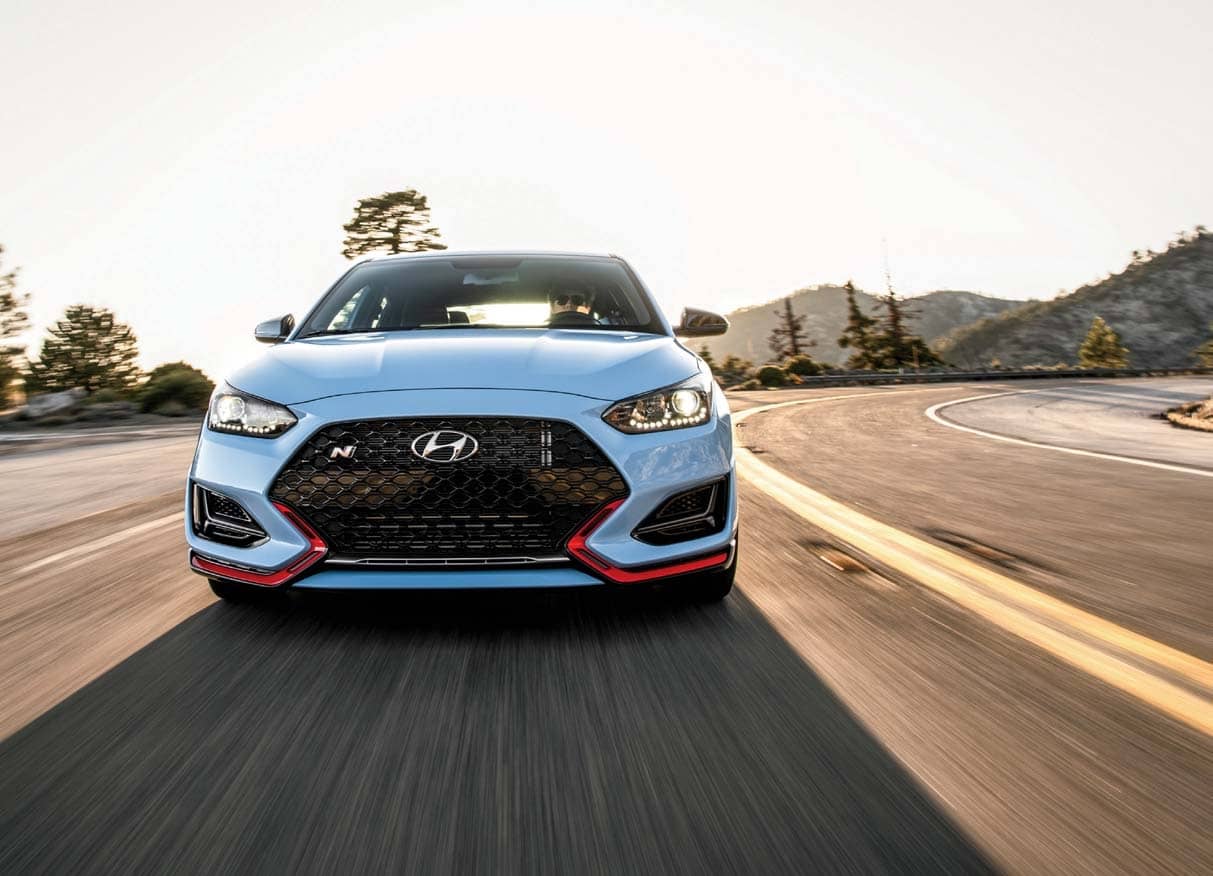