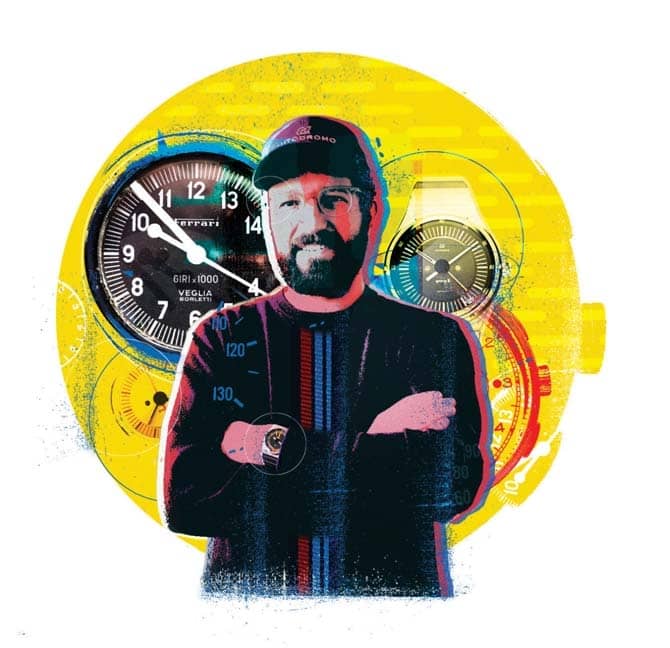 I don't wear a watch, and I think I know why: a permanent injury.

Not to me, but to my father’s wristwatch. The 5-year-old me accidentally pulverized it while pretending to be a Curtiss P-40 Warhawk fighter plane (as you did in the 1960s), flying with it attached to my wrist, arms outstretched, at an approximate scale speed of 340 mph. Entering the doorway leading to our kitchen, doubling as Burma that night, it transpired I’d made a tragic miscalculation of wingspan. So ended the life of my dad’s watch.

My father was not unpissed about its demise, though he wasn’t too bad, given his proven V-Max anger ceiling. But I was so upset, I ran away from home. For 10 minutes, at least, as was my practice.

I’ve mostly gotten over it. But I still don’t care to wear a watch. Time telling devices are everywhere, so it poses less of a problem than it once did. Such as the time when, on our way to a meeting, I asked Joseph Merlino—President of the N.J. State Senate, then running for Congress— what time it was. He forcefully made the not unreasonable point that as his press secretary, I ought to know.

With the help of my phone and a steady parade of modern test cars, I’m recovering on the what-time-is-it front. But one of the things that continue to confound me about the car world we live in is the perfect overlap between many of us and committed watch people, those who love both occupying a sizable chunk of the Venn diagram plotting the two groups’ interests side by side. Automobile has written on this subject during the past couple of years, how a lot of folk who obsess over cars, it seems, also obsess overwatches.