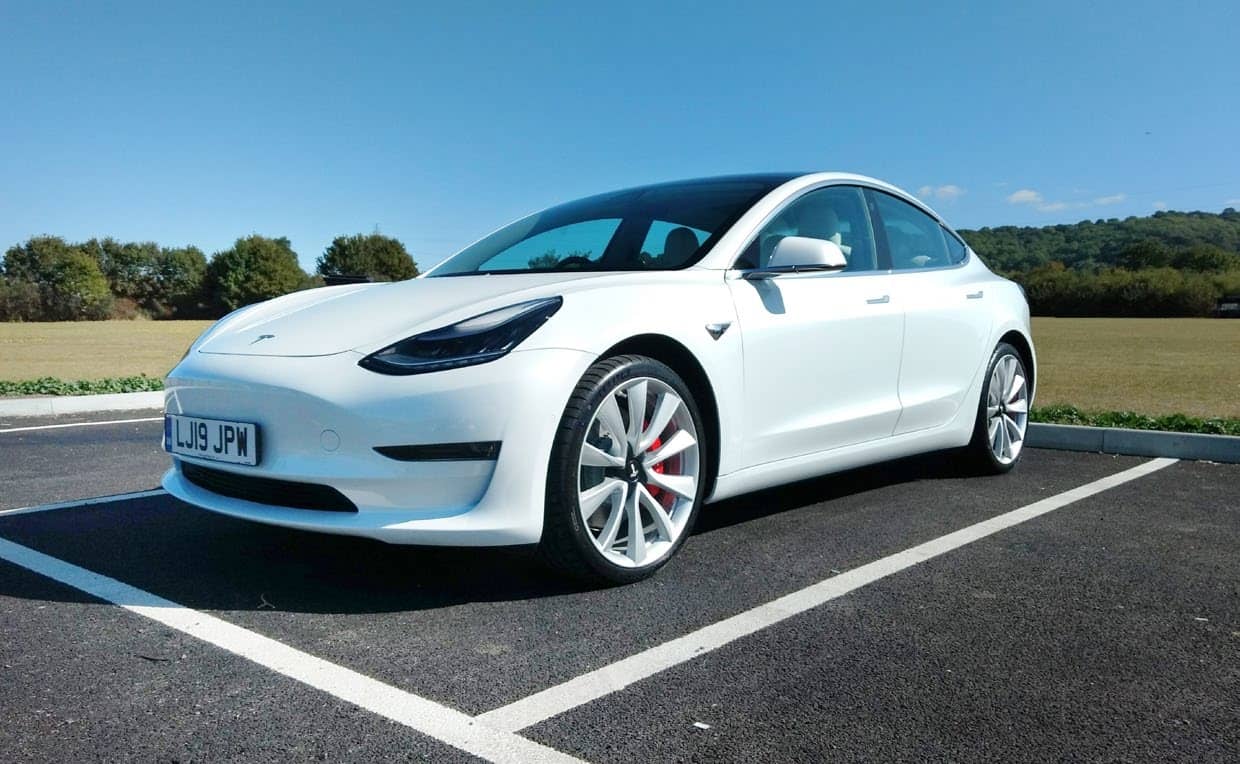 It’s been a long wait for the Model 3, but can it live up to the hype after all this time?
Jonathan Musk

Tesla’s first model with mass appeal got off to a flying start all the way back in 2016 with a claimed 400,000 pre-orders from around the world. Sure enough, less than a year into Tesla’s “production hell”, the car is selling like hot cakes. The big question then, is it worth it and does it live up to the hype?

First up, the looks and interior: it’s a minimal car to say the least, with a single 15-inch landscape-orientated screen taking centre stage atop the dashboard, and that’s about all there is to say. There are no adjustable air vents, no thrills, no fanciness and yet somehow despite Tesla’s blatant cost-cutting the interior manages not to feel meagre, but instead is akin to a Bauhaus work of minimalism.

Similarly, that penny-pinching attitude has meant Tesla’s typically dubious build quality has been vastly improved, due to its manufacture being less fiddly. That’s not to say it’s as impressive as the German competition – chiefly the BMW 3 Series and Mercedes-Benz C-Class plug-in hybrids – which each offer far more refinement in terms of traditional creature comforts, but Tesla has pulled off the remarkable task of innovating in an otherwise stale sector.

For example, two multi-directional buttons on the steering wheel double up as mutli-functional controls for a variety of settings ranging from steering wheel and mirror adjustment to infotainment controls. It’s clever. And, unlike a Swiss Army knife that has an individual tool for a particular job, in this analogy, the Model 3 is just a plain old knife, but one that’s used for everything.