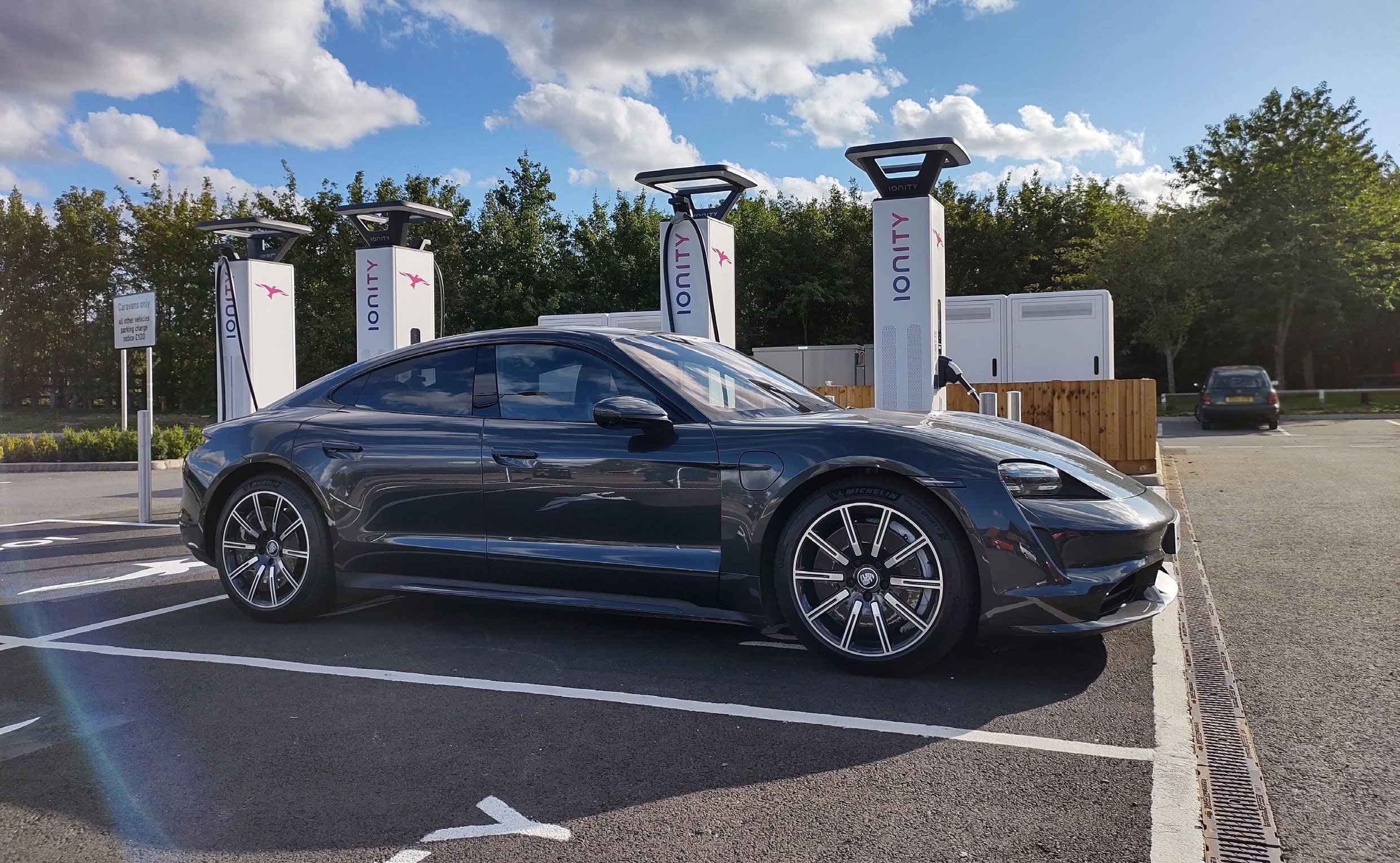 Ignore the Turbo badge, this Porsche doesn’t need one and is every bit better for it, finds Jonathan Musk.

According to many, a Porsche is only a Porsche when it has a flat six engine hanging out of the boot. This does ignore most of Porsche’s history, however, with its range of engines including early hybrids as long ago as the Lohner Porsche of 1900-05, not to mention the numerous four- and eight-cylinder cars that have manifested themselves over the years.

And so to the Taycan. Fully electric, all-wheel drive and very, very fast. Is it a true Porsche? Definitely, yes.

Putting aside the car’s four-seat design for a moment, the Taycan’s platform is cutting edge and significant. Sitting at the top of the Volkswagen Group tree, the Porsche had to be good and so the company employed the expertise of the best in the industry, as well as learnings from the WEC championship and renowned race driver Mark Webber.

The car has ended up promising to be one of the best-made electric cars available, but it comes with an appropriate price tag as a result. It could be seen as a bargain compared to the likes of the largely unaffordable £1m+ and rare-as-hens-teeth Rimac Concept_two, but it’s certainly on the supercar scale of costs with the base model 4S starting from £83,580, rising to £138,830 for the full-fat Turbo S.

That £55,250 difference gets you an increase in performance from 4.0 seconds in the base model down to 2.8 seconds for the Turbo S from 0-62mph and a maximum speed improvement from 155mph to 162mph respectively. Sitting in-between is the Turbo model with a 3.2 second acceleration time and a top speed of 161mph. Horsepower increases from 530hp to 680hp in the Turbo and 761hp in the Turbo S.