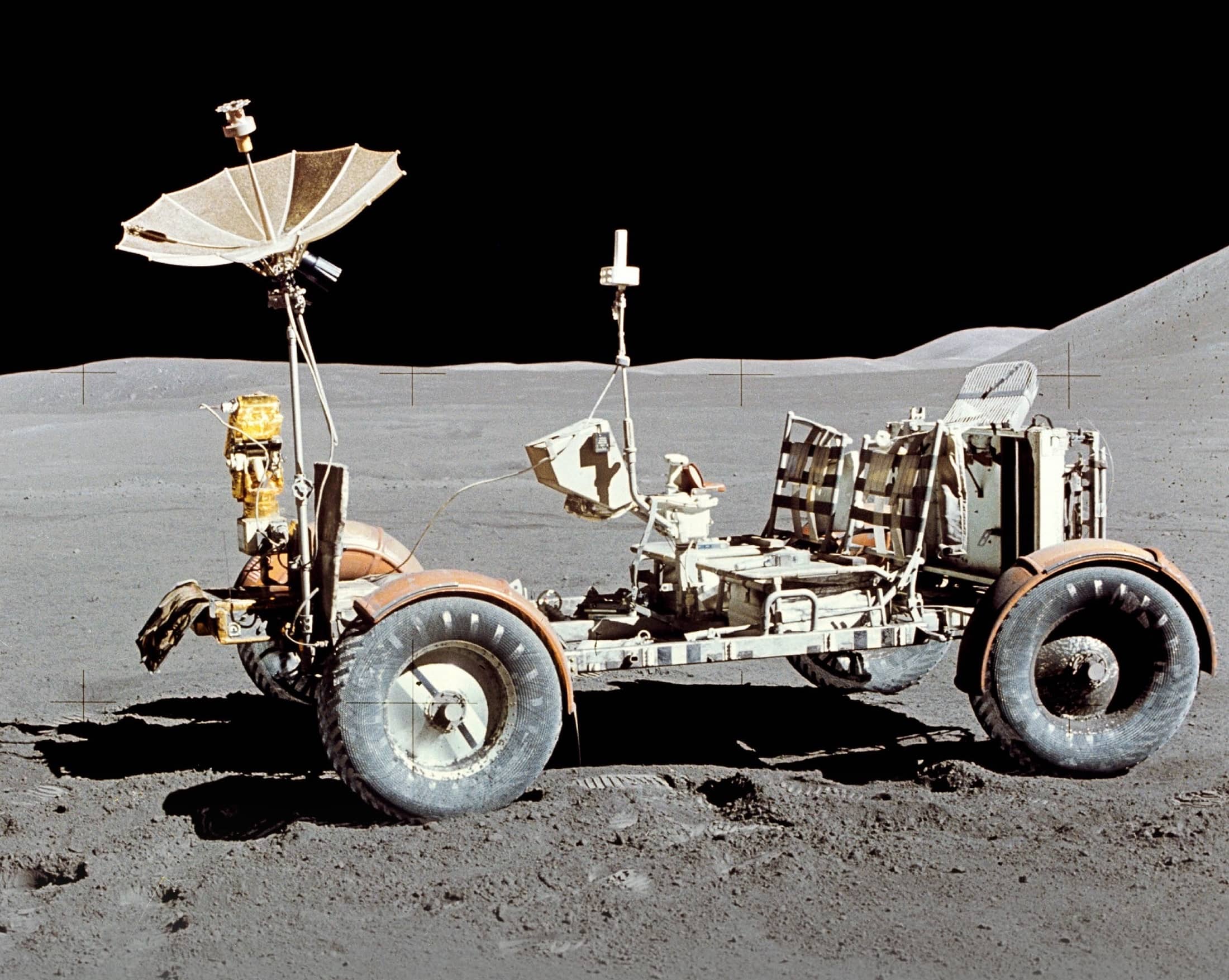 Is it obvious that the lunar landings of the 1970s used electric vehicles to roam the surface of the moon in their pursuit of scientific experiments?

With hindsight, it is perhaps easy to suggest this was the case, especially as any internal combustion engine wouldn’t have been able to operate without breathing oxygen – though much like an early submarine, oxygen tanks could have been provided to supply the fuel with air to combust.

Nevertheless, electric propulsion offered the most suitable and convenient means of propulsion on the “dry, airless, lifeless Moon”.

First used on 31 July 1971 during the Apollo 15 mission, the LRV’s original mission was to “explore several kilometres from the lunar module, driving an electric-powered lunar roving vehicle for the first time on the Moon.”