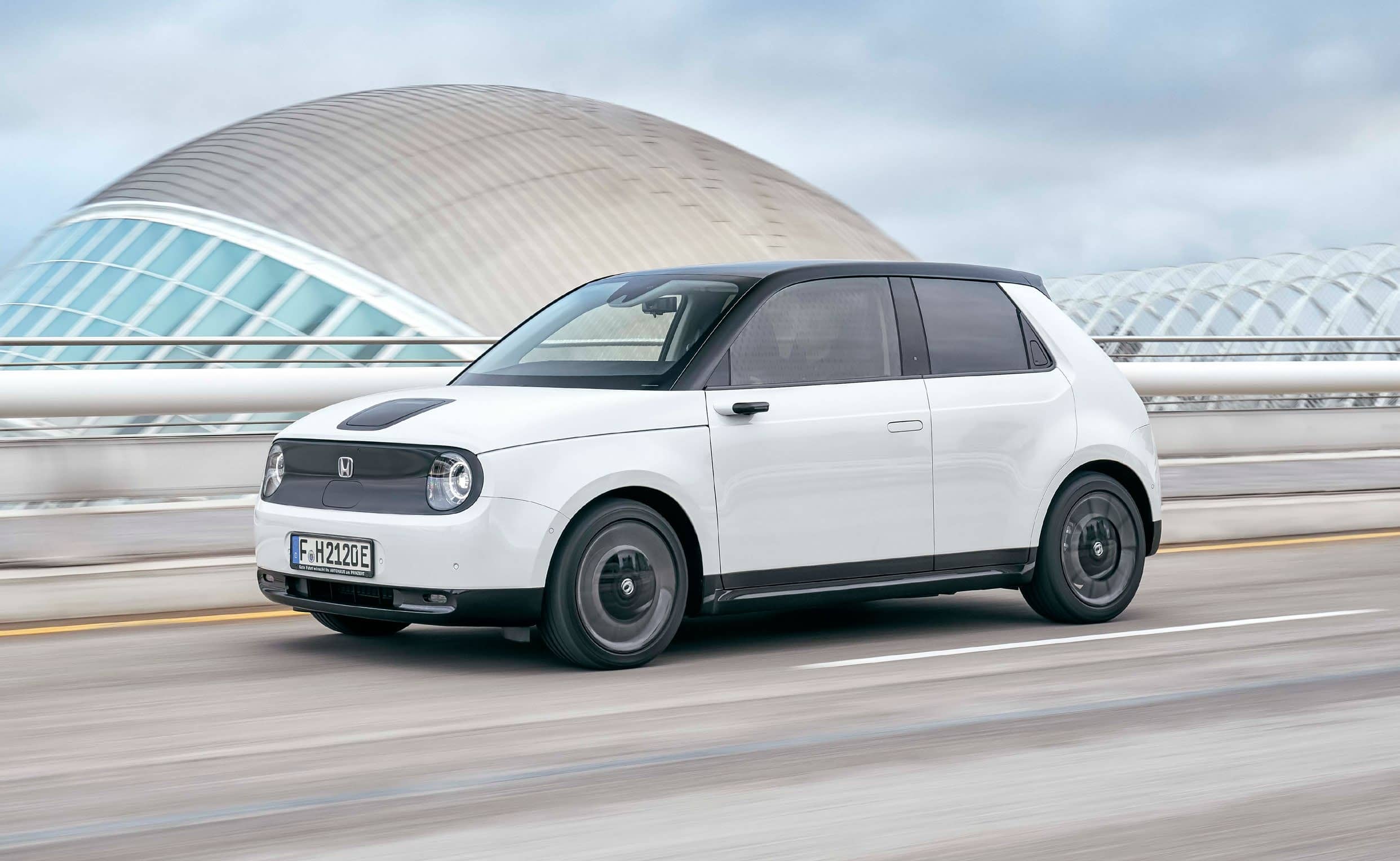 Tim Barnes-Clay drives one of the hotest electric cars to hit the market this year, but is its range and size one compromise too many for the family man?

Sometimes the car world seems like a soap opera, with so many “regulars” you can’t fit them all into one episode. Characters keep getting added to the roster as more instalments come out until you lose track of who’s who.

Thankfully, the Honda e isn’t likely to be a car you’re going to forget in a hurry. It already has such “celebrity” about it that it stands out from other players in the electric vehicle arena. If it were in a TV series, producers would ensure it was in every episode to stop viewing figures from dropping. Why? Well, it’s nothing to do with sex-appeal – it’s more to do with the loveable look of the car. It’s got that doe-eyed “scoop me up and cuddle me” air about it.

Make of that what you will – but, one thing’s for sure, underneath the Honda’s cute exterior lies a raging creature, just waiting to get out. Well, I might have ladled the drama on a bit thick there. But, the really is quite a beast when you want it to be.

You see, even though the Honda is intended to be an innocent little city car, it’s still a blast to drive. There are a couple of versions of the vehicle – the rudimentary 136hp Honda e and the more potent 154hp Honda e Advance. The former does zero to 62mph in 9.0 seconds, while the Advance grade I drove achieves the 0-62mph benchmark in 8.3 seconds. The entertainment element can even be dialled up a level if you apply “Sport Mode” – it improves the pedal response for more focused acceleration.