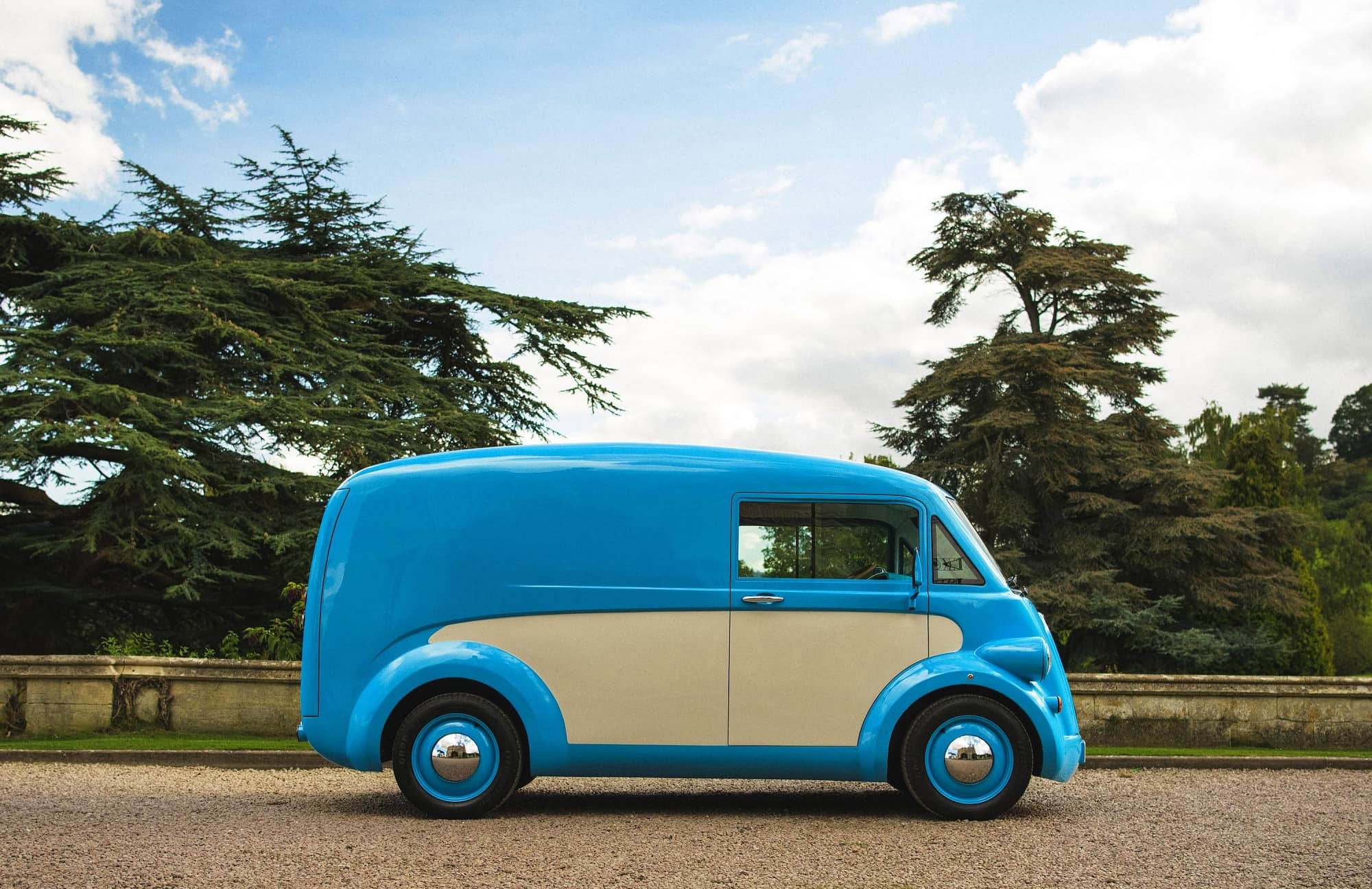 Electrified light commercial vehicles are on the rise, and with a number of newcomers set to arrive, eLCVs look set to finally deliver.

The pace of electrification is speeding up, and it’s not just passenger cars that are seeing a torrent of efforts. Both light and heavy goods commercial vehicles are gaining electrified powertrains like never before. With a waterfall of new electrified models expected in 2020, could zero-emissions-capable commercial vehicles really start to deliver? The light commercial vehicle (LCV) market is where most of the new entrants are likely to be packed, and a pair of newcomers offer different options, catering for both the conservative and more flamboyant types of driver and business.

Seventy years after the debut of the original Morris J-Type van at the Earls Court motor show, the new all-electric Morris JE updates the ‘big little van’ for the 21st century. Striking in appearance, the prototype Autovolt has seen features many of the styling cues that endeared the J-Type to so many buyers, which included Cadburys, Dunlop, and Sainsbury’s. The new version is aimed at similar markets, the most immediate customers springing to mind being boutique, hospitality, and luxury goods businesses.

The 4.6m-long Morris JE has a 60kWh lithium-ion battery which is good for an estimated 200 miles of range. No technical details have been released regarding the electric motor. The JE’s body is made from carbon composites for light weight, and its modular platform will eventually spawn campervan, minibus and pick-up derivatives. Payload is 1,000kg (one-tonne) and the carrying capacity is 5.5m3. Twin opening rear doors and a side sliding door allow ease of loading, and the cargo bay accommodates two Euro pallets.

The avantgarde construction may partly account for the price. At £60,000, the Morris JE isn’t cheap, but the van has Vehicle-to-Grid (V2G) capability, and can also fast charge to 80% in thirty minutes. For patriotic souls, the JE has been designed and engineered in Great Britain, and will be built in the UK, too. Premium materials and a high quality of craftmanship are also expected to attract buyers.

Bullish about sales targets, Morris Commercial expects to sell 1,000 vans in its first year, and the company stated that even those first forecasts may have to be revised due to the level of enquiries it has received for the vibrantly styled van. Dr Qu Li, CEO and founder of Morris Commercial said: “From the outset, our vision was to bring a new concept to the LCV market, not just in terms of the battery-electric powertrain, but also to introduce a timeless design that takes the aesthetics and appeal of such a vehicle to a whole new level. What we have created is a beautiful, retro design that sits upon a cutting-edge, modular BEV platform, delivering practicality and functionality to compete with the best in its segment.”