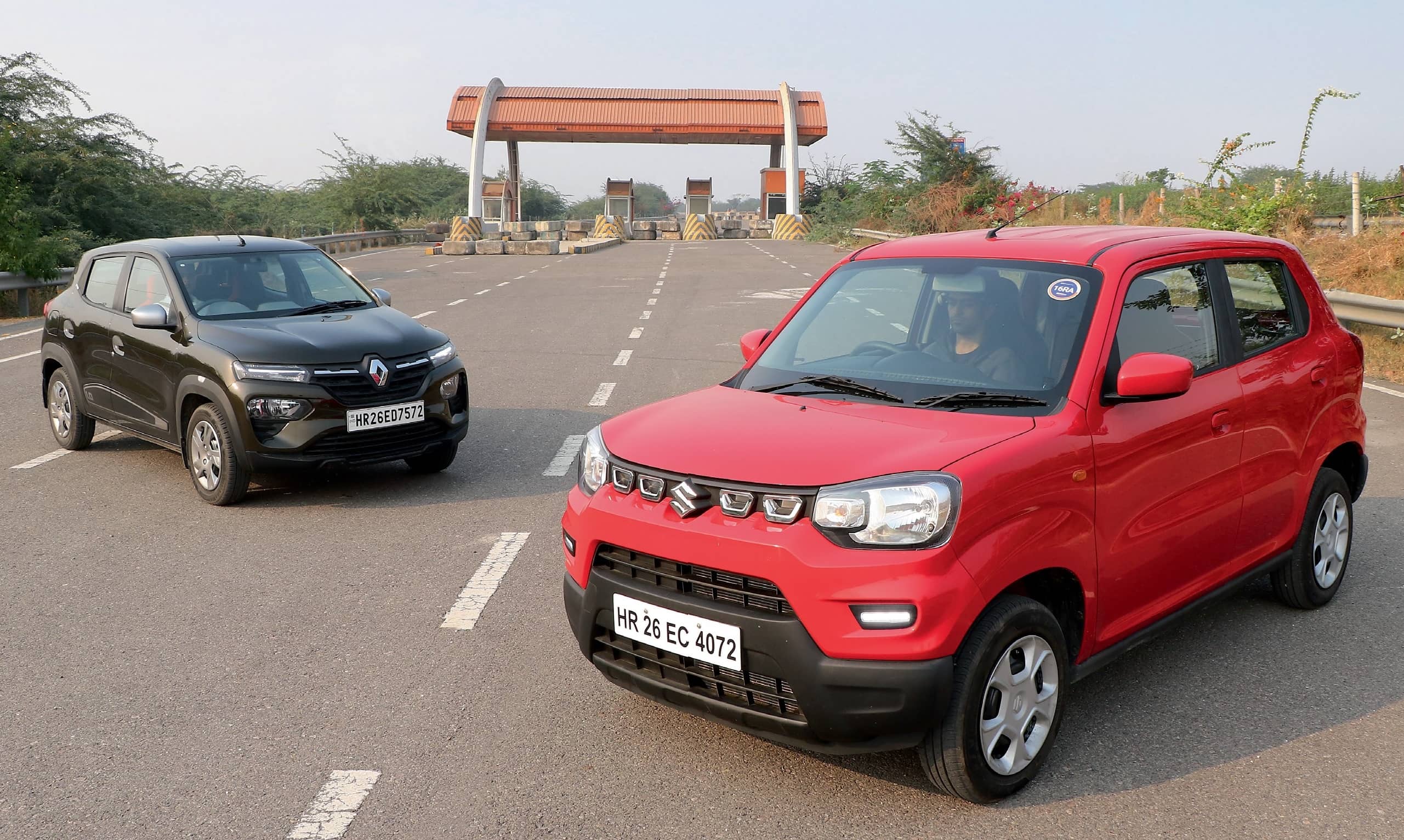 While Maruti Suzuki launched the brand new S-Presso, Renault updated the Kwid. Now for the big question; which is the best? Read on

No matter how much one fancies fancy motors, Indians can’t do without their little hatchbacks. Quite obviously then new wares keep coming on a regular basis. Joining in the bandwagon now is the Maruti Suzuki S-Presso which the company is hailing as a mini SUV. Renault in the mean time had been racking up good numbers for the Kwid. Inspite of having SUV like looks, the car had started looking a bit old. So right in the heels of the S-Presso, Renault gave the Kwid a mid-life facelift. Perfect case for a comparison then!

The S-Presso according to many comes with oddball looks. Many also say that it is a design which they used to pen as a kid. But to be honest the S-Presso does not look all that odd in flesh. The front end looks inspired by the Vitara Brezza and comes with a chrome grille. Day time running lights come as optional extras as well and are operable via a switch on the dash. The profile is where the S-Presso looks the most odd thanks to the high shoulder line and maximum use of metal. The rear too comes in as a straight forward design. To the S-Presso’s advantage the hatch is based on the new Heartect platform which can be referred to as Maruti Suzuki’s ‘Midas touch’. Whichever car it has underpinned yet has morphed into a rather good one.

The Kwid though has become even sleeker. The headlamps have moved down to the bumper and the LED day time lights and parking lights have moved up much in sync with modern SUVs. In profile there are new wheelcaps and at the back there are LED tail lights and a redone bumper. Renault has upsized the Kwid’s wheels from the erstwhile13 to 14-inchers. The larger rims and chunkier 165/70 R14 tyres give the little Renault a more confident stance. As an added plus, ground clearance is also up 4mm to 184mm. Needless to say, the Kwid looks much better than the S-Presso. 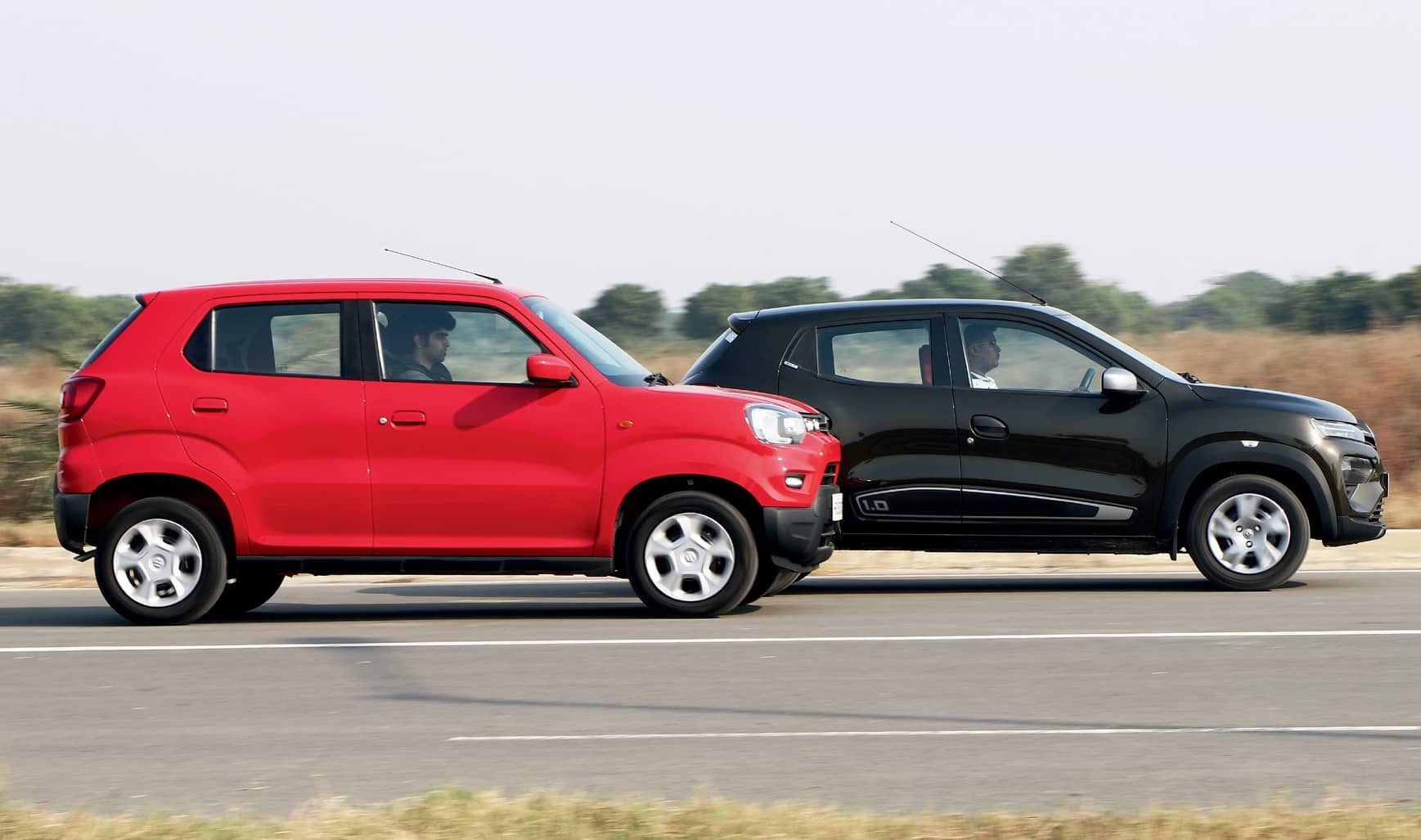