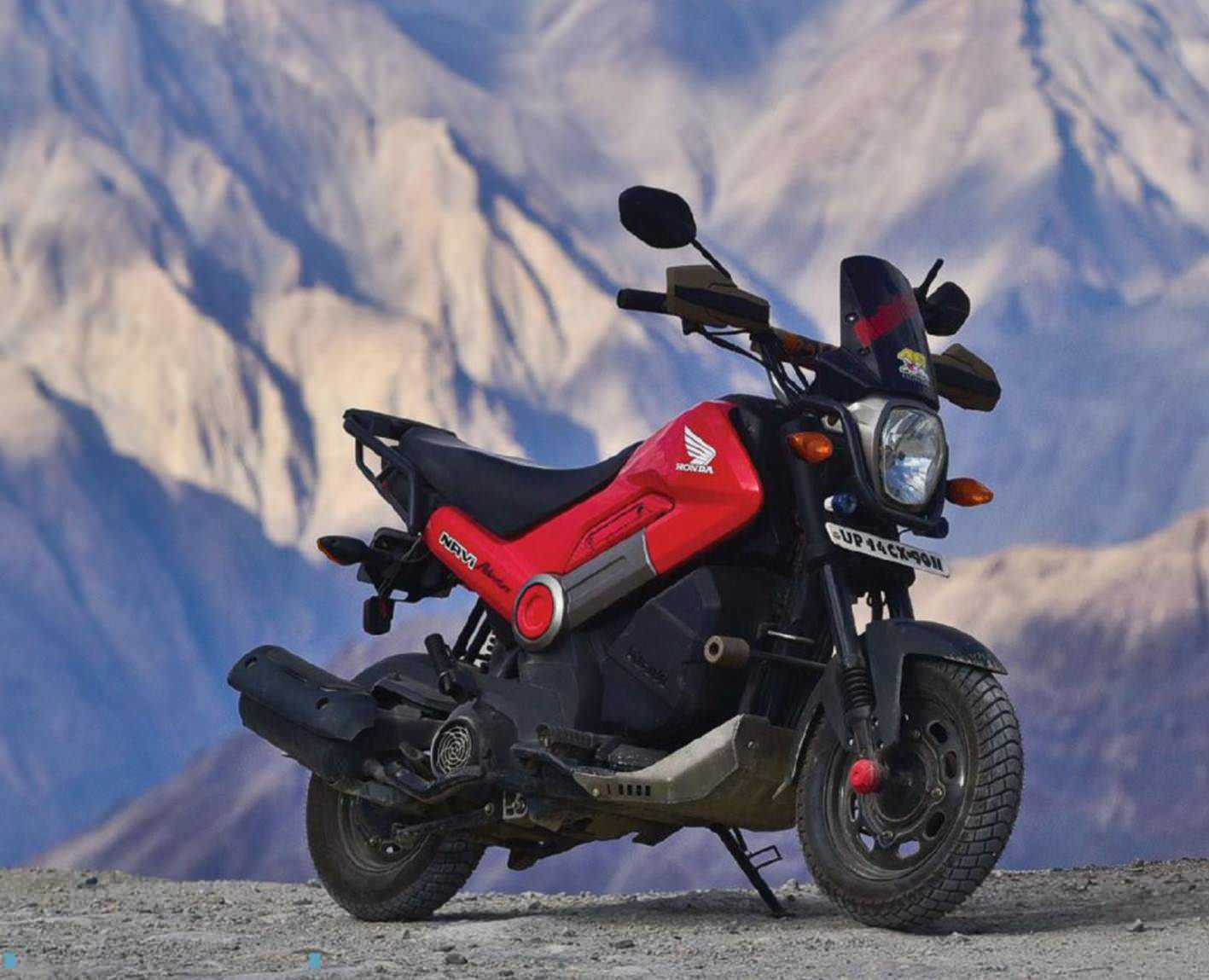 It might be the smallest ‘bike’ in the country but that did not deter us from taking on the highest motorable road in the world. How hard can it be? Rahul Ghosh answers that question

A bunch of people had gathered around in the portico of the hotel where we had stayed in. As I put on my helmet, through the corner of my eye, I could see most of them giggling. Jigmet, the owner of the hotel in the mean time had joined in too. I took the liberty of our friendship and asked him, why the people (mostly his employees) where busy smirking? He replied that most of them believe that this little bike has no chance of making it to Khardung la! Basically we were attempting the impossible. But to be honest I thought, how hard can it be?

The Honda Navi we have with us is bone stock mechanically. So it relies on a 110cc four-stroke single cylinder motor which churns out a puny 7.8bhp and 8.96Nm of torque. In all honesty we must admit that this particular Navi is loaded with Honda’s Adventure kit. This entitles addons like knuckle guard, bash plate and rear rack. Apart from that we did ditch our road tyres to knobby ones just to add to the grip levels. 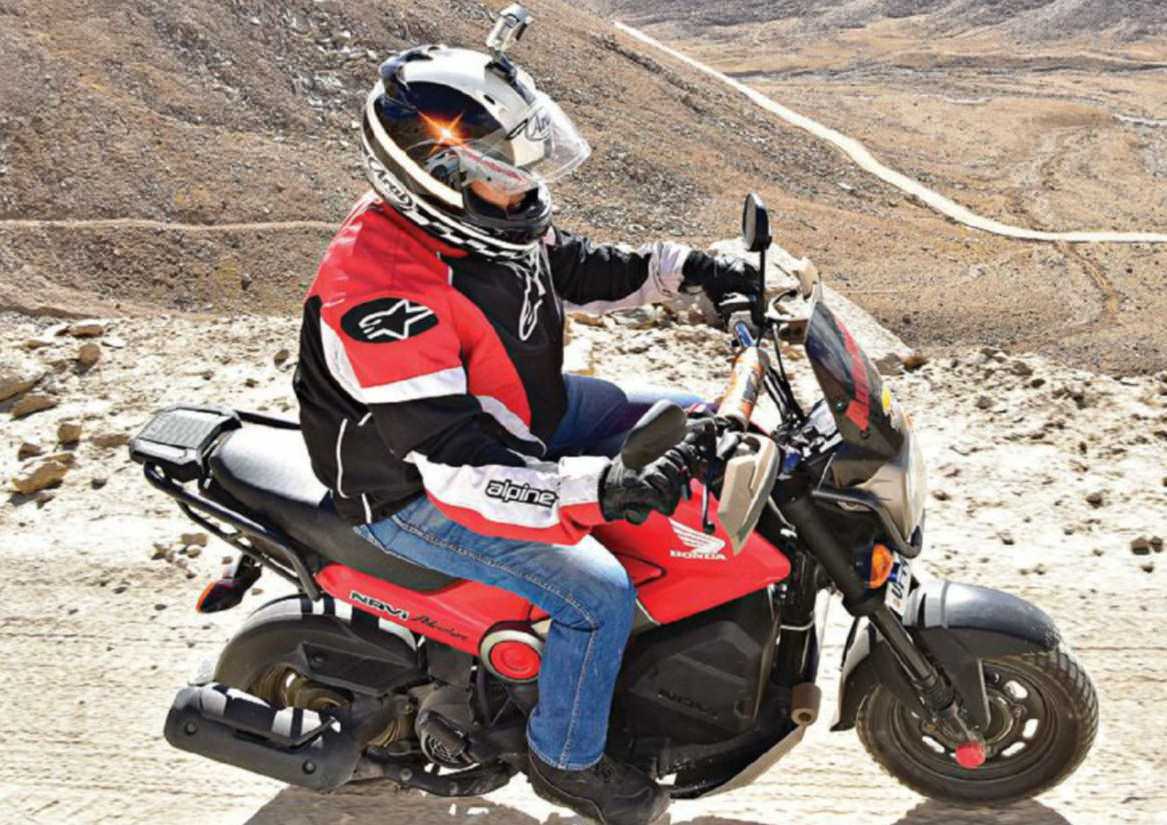 We were in Leh and what we were attempting to do is to ride the Navi to Khardung la, famed to be the highest motorable road in the world. Leh is situated at an altitude of 11,562ft while Khardung la is at 18,380ft. So the difference of elevation is 6,818ft (if my maths is correct). But the catch is that this elevation is achieved in just 40km. So quite simply, it’s nearly straight up.