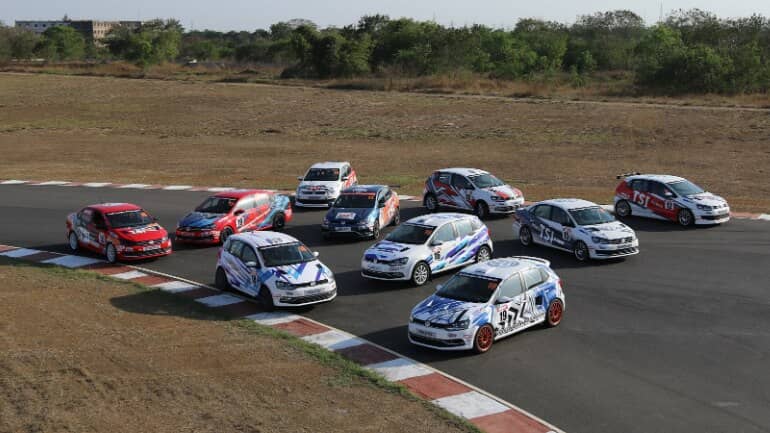 Volkswagen’s motorsport programme is in its 10th year now and to mark this very special occasion it has created a one-off track-day tool. Dhruv Saxena tells you all about it.

This year marks ten years of Volkswagen Motorsport in India. VW has been a very active part of the Indian Motorsport scene starting off with the Polo Cup one make series in 2010 fielding 1.6-litre 130 PS Polos. In 2012, the diesel engines gave way to 1.4-litre turbo petrol units with an output of 180bhp while transmission duties were transferred to DSG auto ‘boxes with an aim to bridge the gap between their Indian and international racing programmes. The VW Vento took over from the Polo in 2015 sporting the same drivetrain. Volkswagen’s motorsport programme in India took a giant leap in 2017 with the arrival of the Ameo Cup cars. Giant because for the first time, VW was fielding a completely localized race car built from the ground up at its facility in Chakan, Pune. The race-spec Ameo also marked the debut of the 1.8-litre TSI petrol mill mated with a sequential gearbox with paddle shifters churning out 205bhp making it the most powerful car ever built by the team.