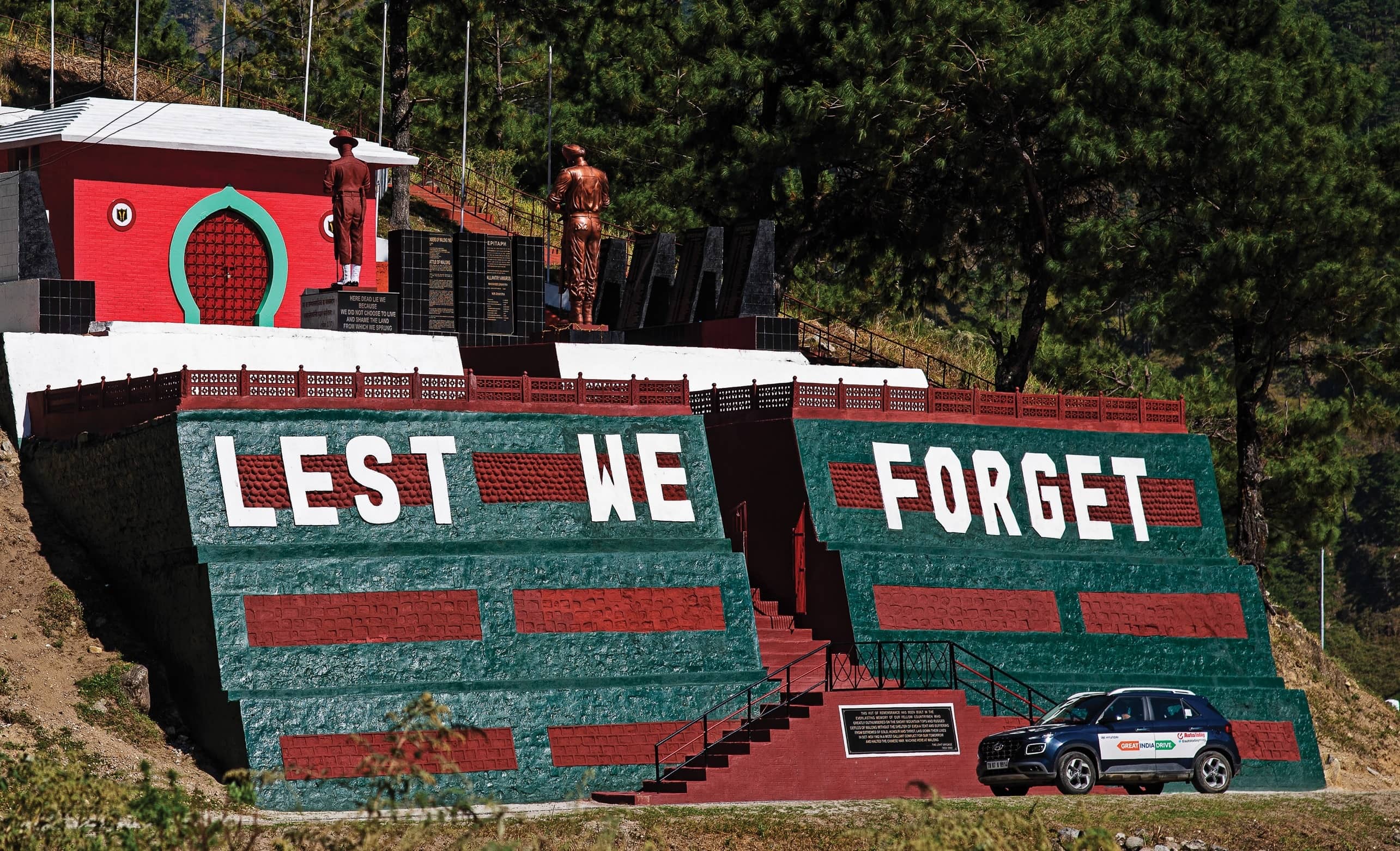 Having paid our respects at war memorials on the western border, we headed to East India to honour the brave souls who fought for the nation. Dhruv Saxena recounts the journey

Dhruv Saxena
Perhaps the most moving lines written about soldiers is the famous epitaph by John Maxwell Edmonds - “When you go home, tell them of us and say for your tomorrow, we gave our today”. These poignant yet powerful words can be found etched in the vicinity of many a war memorial across the globe. The concept of war might be debatable, but what isn’t is that as citizens of the nation it is our duty to honour those brave souls who put it all on the line so the likes of you and I can sleep peacefully at night.

For the second installment of the Great India Drive with the Hyundai Venue, we drove across the breadth of the country to the far reaches of the achingly beautiful north eastern part of India before ending the monumental journey at the grandest war memorial of them all – the National War Memorial in New Delhi. 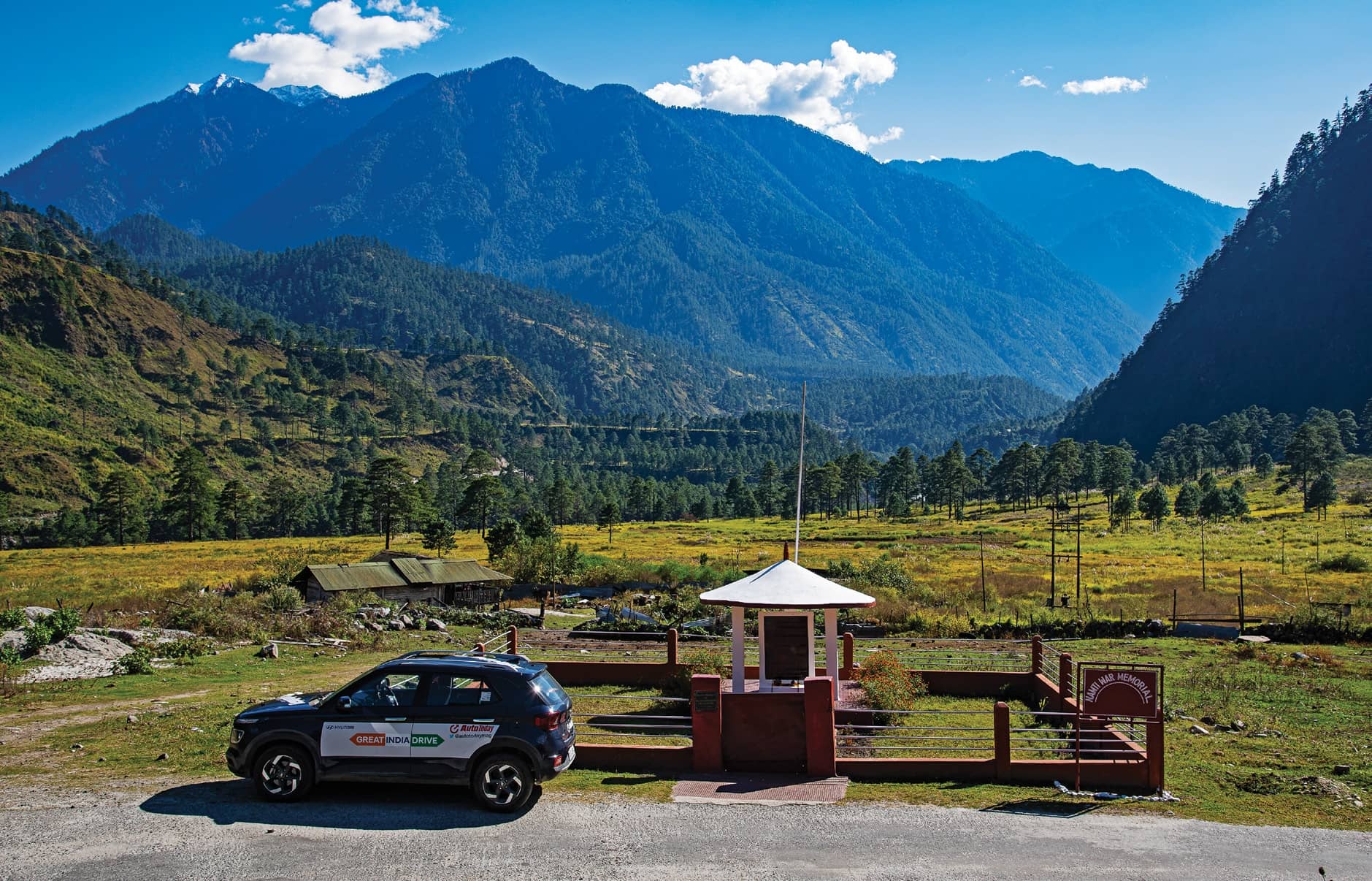 The jounrey to Walong took us to Tezu via Dibrugarh in Assam before starting our climb up the mountains with the Lohit River for company all throughout. As eident from the images, the road isn’t in very good shape and we could barely manage to average aorund 20kmph over the drive from Tezu to Walong. Located just 20 odd kilometers from the Indo-China border, Walong is a small hamlet that sits on the banks of the Lohit River. It was the site of one of the most fiercely fought battles during the Sino-Indian War of 1962. By around October 21-22, 1962, Chinese forces had commenced incursions along the MacMahon Line in their attempt to advance into Indian territory. Several skirmishes continued over the following days and despite the resilience of Indian troops, the Chinese succeeded in capturing Kibithoo, around 20km north of Walong. It was becoming clear that the Chinese outclassed us in terms of man and material but our armed forces showed great resolve and continued to hold on to Walong and the surrounding area. 26th October onwards there was a bit of a lull, but tensions along the Indo-China border continued to escalate. This period also gave both sides the opportunity to regroup and reorganize, but the days that followed proved that compared to the Chinese, we were horribly underprepared. The enemy started turning up the heat building up for a final attack during 14th to 16th November 1962. Indian troops continued to fight despite ammunition being in short supply and even managed to reclaim strategically important features in the region but in the face of incessant enemy fire. By midday 16th October, having established that continued engagement with the Chinese forces was an exercise in futility owing to our the rapidly depleting resources, the decision to withdraw was taken. Some managed to retreat but the order never reached some as they continued to fight and fought till the last bullet. The Chinese may have triumphed but our troops left them with a very bloody nose indeed. Despite all the handicaps, the Sikhs, Kumaonis, Gorkhas and Dogras together managed to inflict heavy losses upon the Chinese. It is reported that Chinese casualties were greater by around five times and according to the plaque at the memorial site, approximately 4,000 Chinese troops died trying to break through the Indian troops’ incredible defence. To honour the brave display by our troops in the Walong sector during the 1962 Sino-Indian war, the Walong War Memorial you see spread across the opening pages stands tall. For his heroics, Sep. Kewal Singh of 4 Sikh was posthumously awarded the Mahavir Chakra and 10 others were awarded the Vir Chakra. 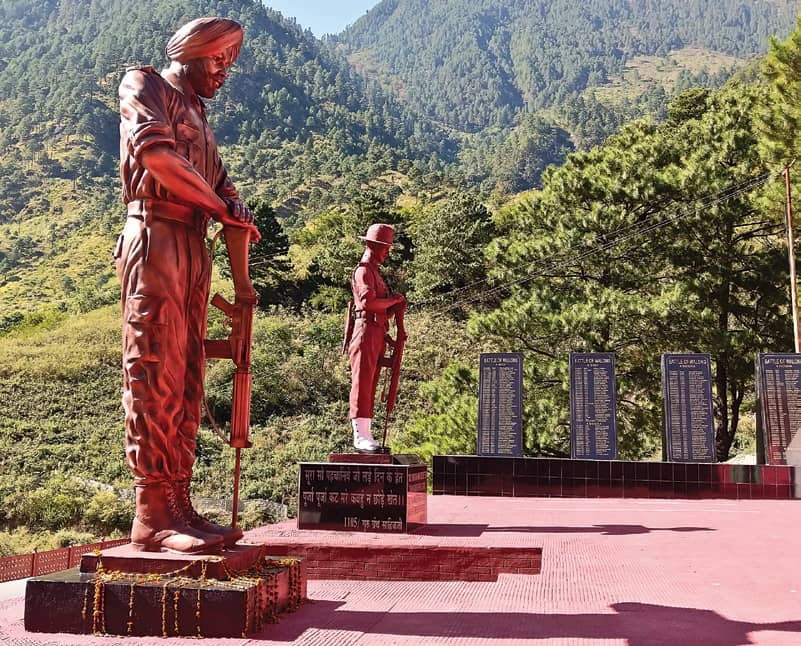