Honda is re-launching one of India’s best loved cars, the Civic, after nearly a decade, in the hope of reigniting a stagnant market segment with a sporty new-look 10th generation car and with both petrol and diesel engines. We were in Bengaluru to drive the car before its launch this month

The 8th generation Honda Civic was special. It made you feel special. It transported you to the future. It reenergized a dying market segment. It won over a lot of die-hard supporters. And it has a lot of people waiting for its return. Will the new Civic, now in its 10th generation, live up to the expectations and reach the heights that the 8th generation Civic did, after a gap of nearly a decade?

Start with the exteriors and there is no denying that the new car looks stunning, no matter where your sensibilities lie. It is low slung, has a wide stance and looks muscular and sporty. The sloping roofline and an angular rear make it one of the more modern car in India even

though it was designed a few years back. In the front Honda has continued with its family design philosophy with the same bold single slat wide chrome grille as well as LED headlamps to make the car look good and premium. Signature LED DRLs add character to this mean machine. 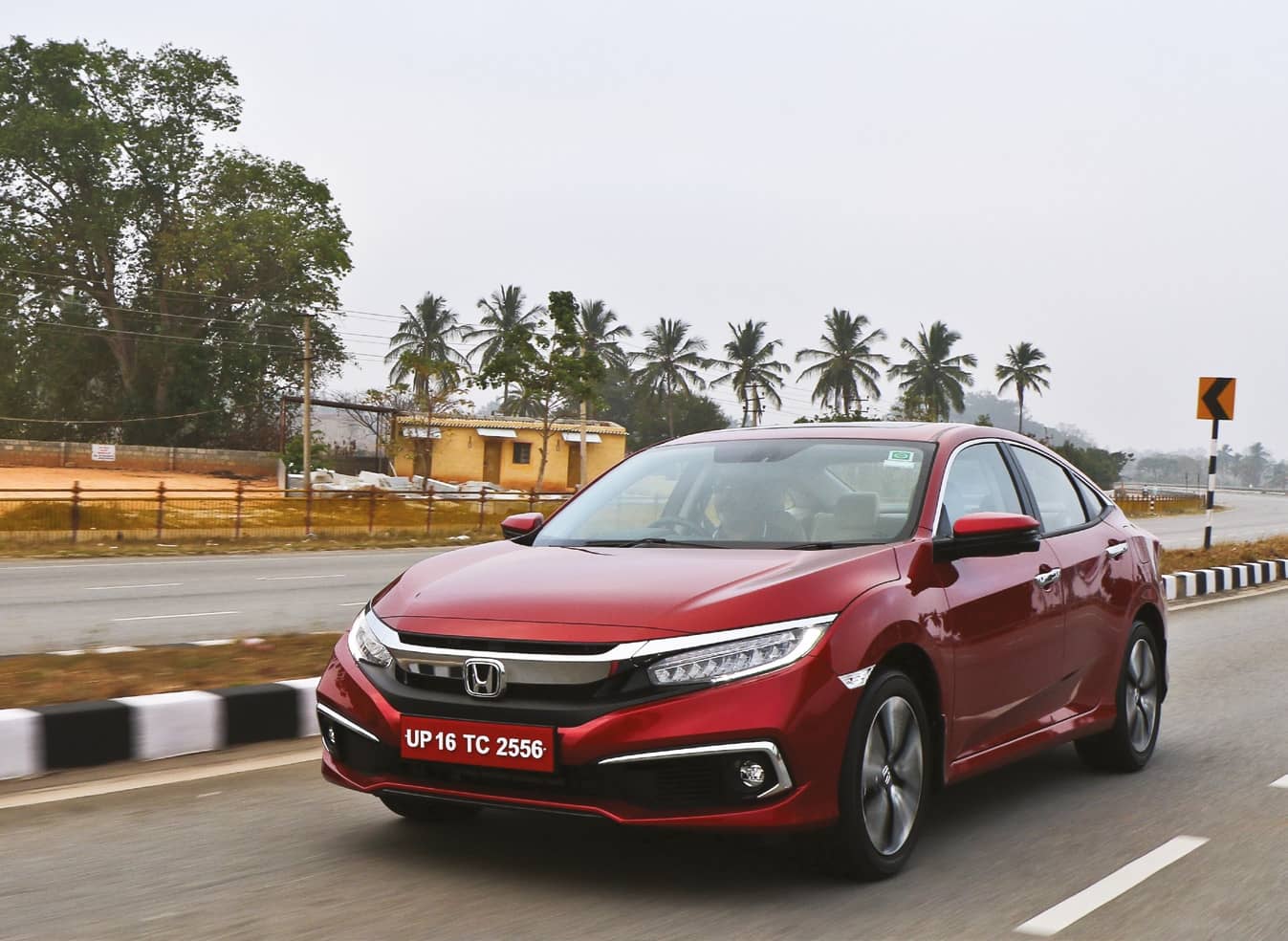