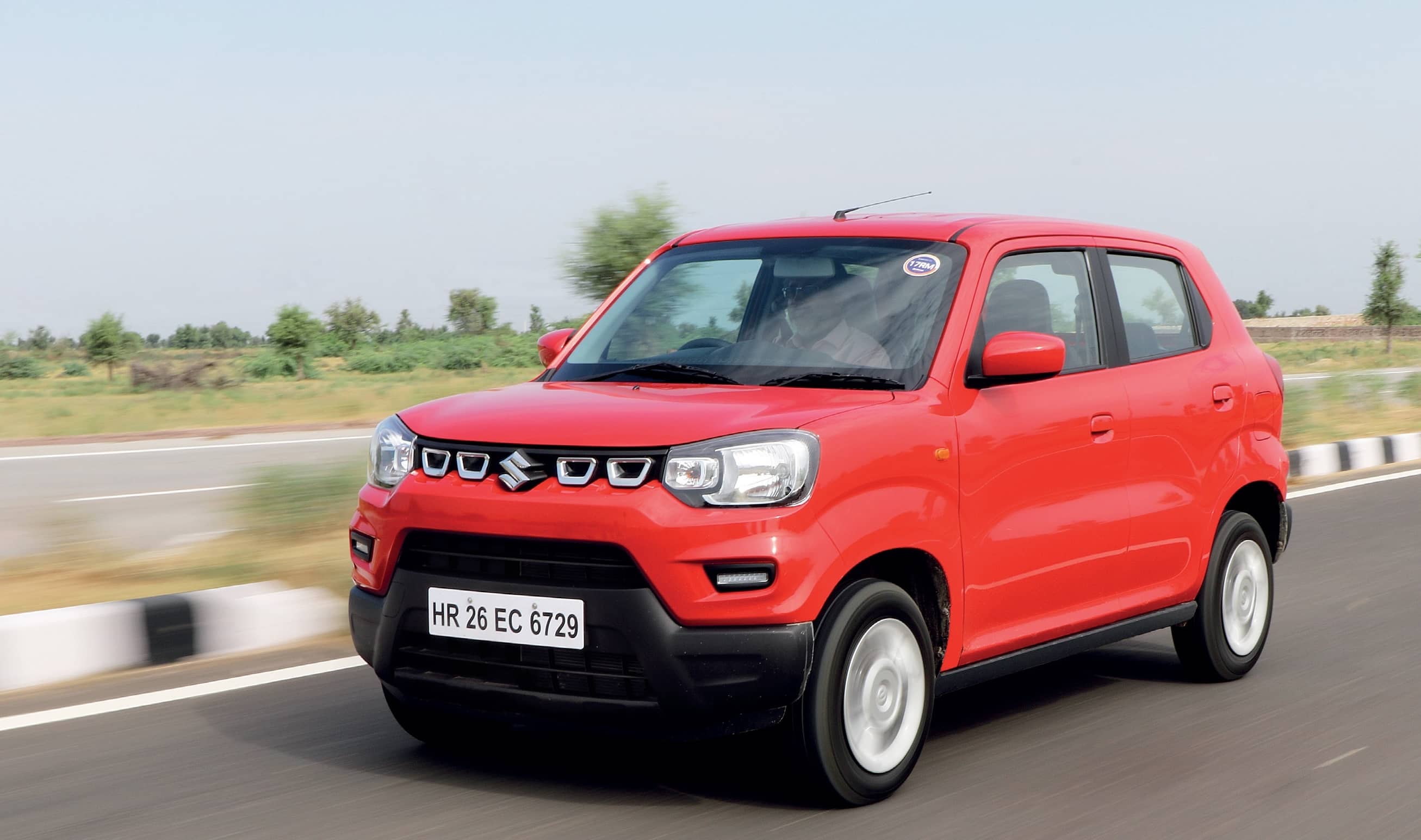 With the craze for SUVs still going strong, Maruti Suzuki has raised its new hatch, given it SUV-like styling and pitched it as a mini-SUV. We drove it on the urban roads of Jodhpur, the rural hinterland as well as the highways to find out whether the S-presso is really a new cup of coffee

There can be no denying that Renault was the first to exploit the market for cars that looked like SUVs and even though the Kwid did not have out-and-out SUV kind of looks, it passed off as an entry-level SUV-surrogate and did reasonably well on the markets, at least during the first half of its life. Maruti has gone a step further with the engineers deciding to give the car the boxy look that they have used so successfully on the Vitara Brezza. The difference is there for all to see. While the Kwid with its 3,731m length and 1,579mm width does not look odd-ball, the S-Presso with its 3,565mm length and 1,520mm width does look at-least a little strange from many angles. That is primarily because not only is the Kwid longer and wider, but it is lower as well, with 16mm of its 1,490mm height being contributed by the roof rails, while the S-Presso is a full 74mm taller. The S-Presso is the production version of the Future-S concept that Maruti had showcased at the 2018 Auto Expo and is based on the Heartect 5 platform that is going to underpin all of the company’s small hatches. The closest that the S-Presso comes to in size and underpinnings as well as the powertrain is the Alto K10. The wheelbase of the Alto has been increased by 20mm and that has also resulted in an increase of 20mm in the overall length of the car. The width of the S-Presso has also been increased, this time by 30mm and that has been accomplished by increasing both the front and rear tread by 21mm and 28mm respectively. But again the increase in height is much larger, by 89mm while the ground clearance of the two cars remains is just 20mm apart with the S-Presso having a ground clearance of 180mm. There the car looks strange specially from the rear even though the front is modelled on the Vitara Brezza. The front and the front three-fourths are the best angles for the S-Presso where it does look the part but the side profile makes it look just like a raised hatchback.