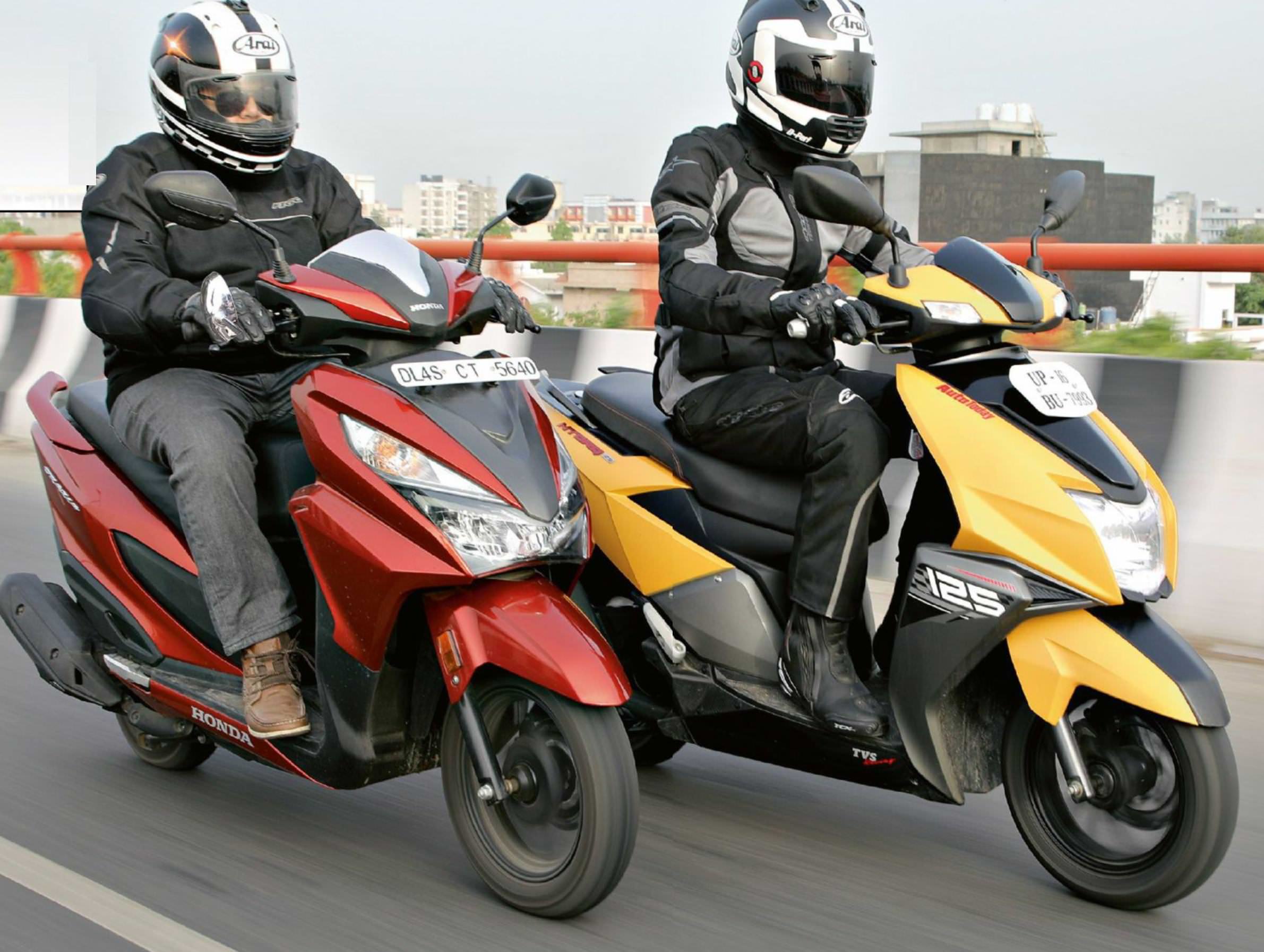 The winner of our last 125cc scooter road test, the Honda Grazia has a serious new competitor in the form of the TVS Ntorq which ushers in a new era of scootering. Can the mighty Honda hold its nemesis off?

Abhik Das
Never, in years, had I thought that we’d have enough new scooters flowing in the market to be doing consecutive road tests with them. Our last battle was fought between the then new Honda Grazia and the Suzuki Access for top honours in the 125cc class. Let me remind you that this is the premier category of scooters for these set of two-wheels to contest in.

It has been more than six months since then and what seemed like a marked shift in technology for scooters, displayed by the winning contestant—the Grazia. Honda was quick to recognise the rising appeal of the humble scooter and they definitely wanted to be at the head of the pack. The Grazia’s LED headlamp bedazzled the competition just as its unique twotier digital instrumentation wowed the buyers while the proven 125cc HET engine shone through the rigours of our tests.

Meanwhile, TVS hatched a plan to compete in the 125cc segment as they were sorely missing out on the being an early bird in the market without an engine. Thus began the development of a new engine and along with it, of course, a new scooter. The success of their 110cc scooters was enough reason to foresee another competitive product but TVS wasn’t simply going to put out one just for the heck of it. As a manufacturer, TVS has constantly delivered focused products that deliver a high level of performance and technology. In this case, TVS also had to think way out of the proverbial box and offer a future-ready scooter that possibly has the capability to decimate the competition in the bustling market.

So there, I let the cat out of the bag, well almost. The TVS Ntorq is the competitor to the Honda Grazia in this road test but the more interesting bit is the way in which it put up a fight against the latter. The Ntorq as a product was proudly presented by its manufacturer at a glitzy do in Chennai, just ahead of the 2018 Auto Expo. During the post launch press conference, I even recall TVS Motor president and CEO, K.N. Radhakrishnan addressing a question about the Ntorq’s fuel efficiency. He calmly recommended the other offerings from the manufacturer if fuel efficiency was a point of interest. Clearly, the Ntorq is focused on performance.