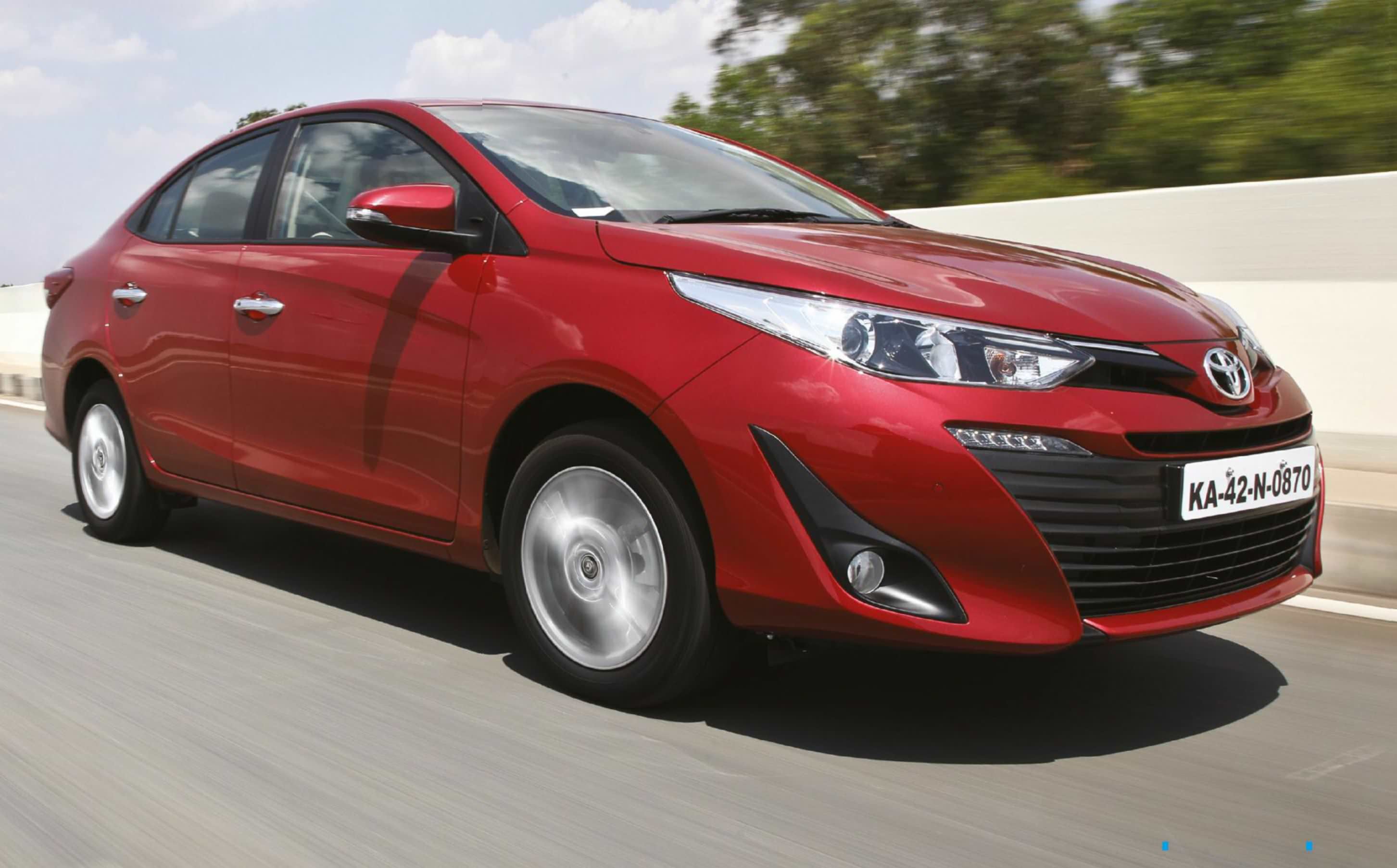 Toyota’s new mid-size sedan packs in safety and features from a segment above. Does that mean it can hit above its own segment?

Seven airbags are offered across the range on the new Yaris. Not just as an option but as standard. That’s a game-changer. And Toyota needs to make that kind of statement, considering they’re late to the B segment party. This generation Yaris sedan is sold in other South Asian markets, as the Yaris Ativ or the Vios and gets a 5-star ASEAN NCAP rating. It goes back to as far as five years prior, though it was facelifted last year.

That facelift brought with it wonderfully expressive headlights, with halogen projector elements. The new Toyota family face utilises Toyota’s Under Priority Catamaran design philosophy, which literally means the lower grille overpowers the upper and is vaguely shaped like the hull of a catamaran. A row of LED daytime running lights sit at the top of that “hull.” A simple profile reveals a slightly top heavy look, with the 15-inch wheels and spindly 185/60 Goodyears not really helping matters. The rear tail lights get classy LED brow lines and fins that are said to help with aerodynamics, improving stability at speed. We quite like that the leading edge of the boot pinches into a spoiler. 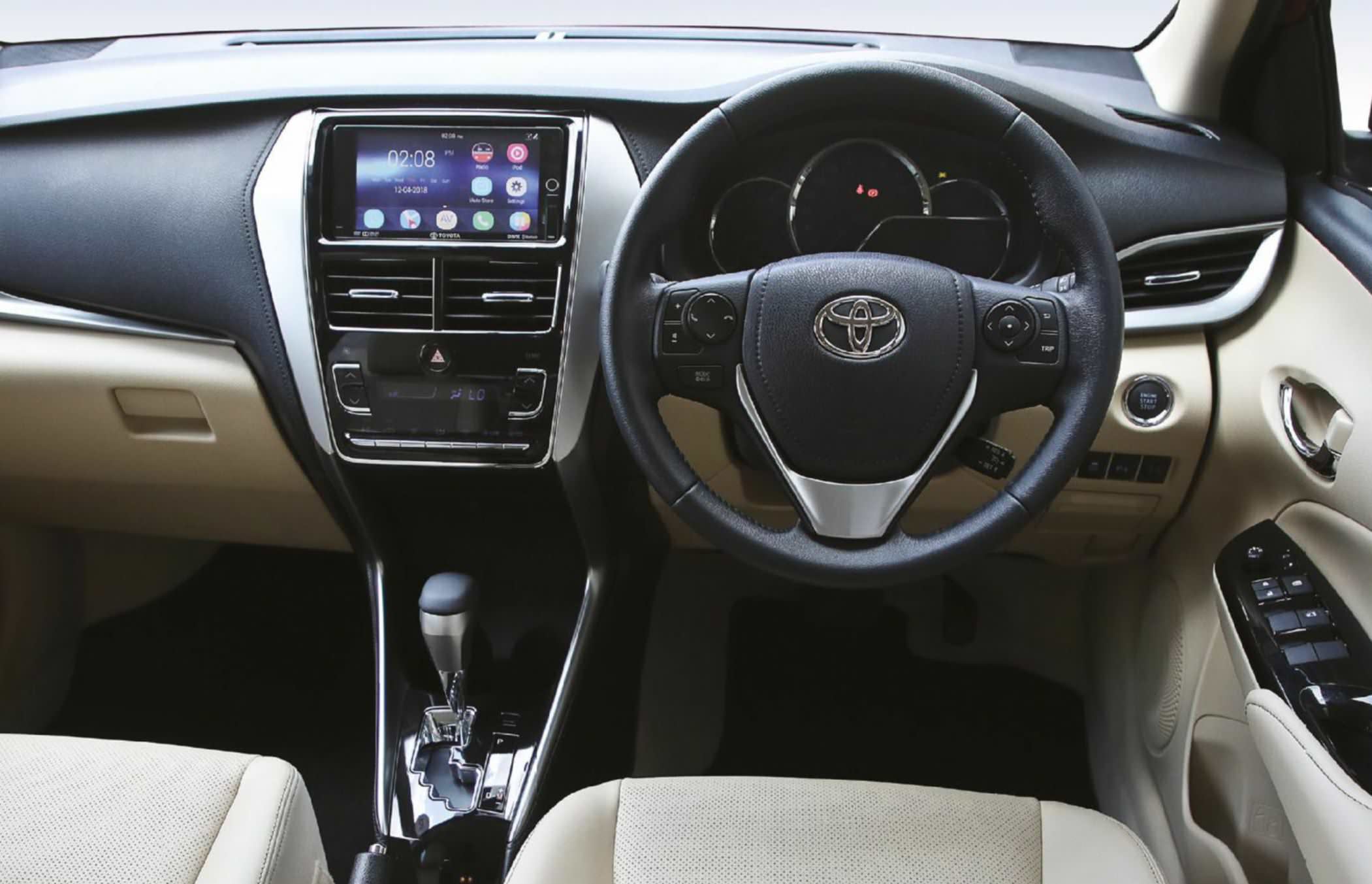