Behind The Wheel Of The Coolest New BMW Drop Top

With the birth of an all new top-of-the-line convertible, BMW has reworked both the car and the nameplate to move the 6-series successor up the pecking order and name it the 8-series, in a rebirth for the famous badge. As a part this 8-series range, the convertible is the 2nd of the cars and we drove it in sunny Portugal

The moving up of the coupe, convertible and gran coupe range up above the seven to 8-series meant that the car had to set new benchmarks as far as flair, sportiness, driveability, technology, interiors and performance went. In fact, as soon as we knew that the Eight was coming, we were expecting it to be the pinnacle of everything BMW, combined with the nature of the car itself, which in this case was the convertible, that we drove around the mountainous regions in the south of Portugal.

As far as the size goes, the previous generation 6-series convertible in fact had a longer wheelbase and was overall longer as well. The 8-series convertible is just about the right size to make it a large car but still keep some of the sporty DNA intact. The new car also seats just four with the rear two seats more suited to young adults. 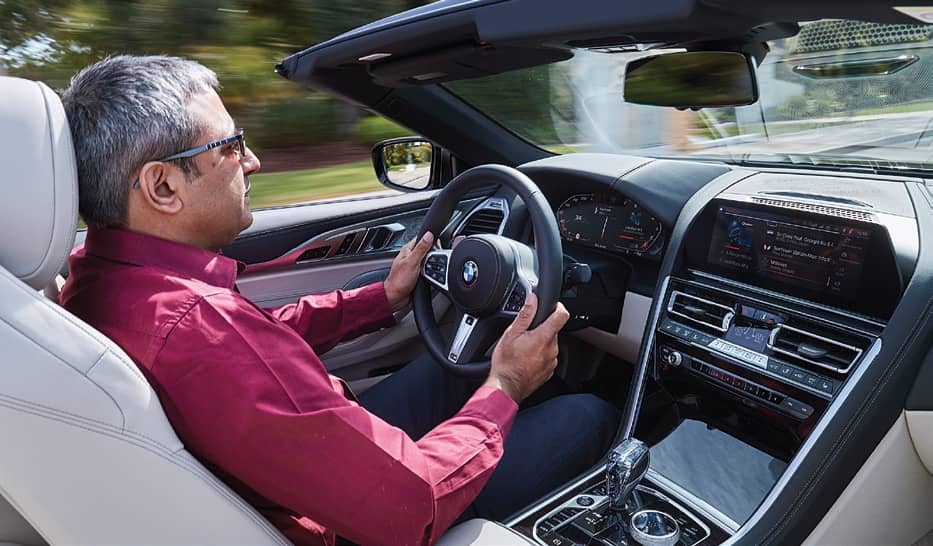