It all started 20 years ago with the launch of the first-generation BMW X5, an SUV that was focused more on on-road performance rather than off-road prowess. Its subsequent success over the years pushed the likes of Audi and Volvo to jump into the fray with the Q7 and XC90 respectively. The X5 might have had the first mover’s advantage, but its rivals were quick to catch up and even edge ahead in certain aspects. Plus, while BMW was busy focusing on the driving experience, as it does, rivals focusing more on luxury and comfort caught the eye of buyers, especially Indian buyers looking to be driven around in these cars. Now, the all-new X5 is here promising improvements on every count ready to take on segment stalwarts Audi Q7 and Volvo XC90. Our first drive report in the last issue revealed a vast array of improvements and our road test will reveal if BMW has done enough to make the X5 better than its rivals. 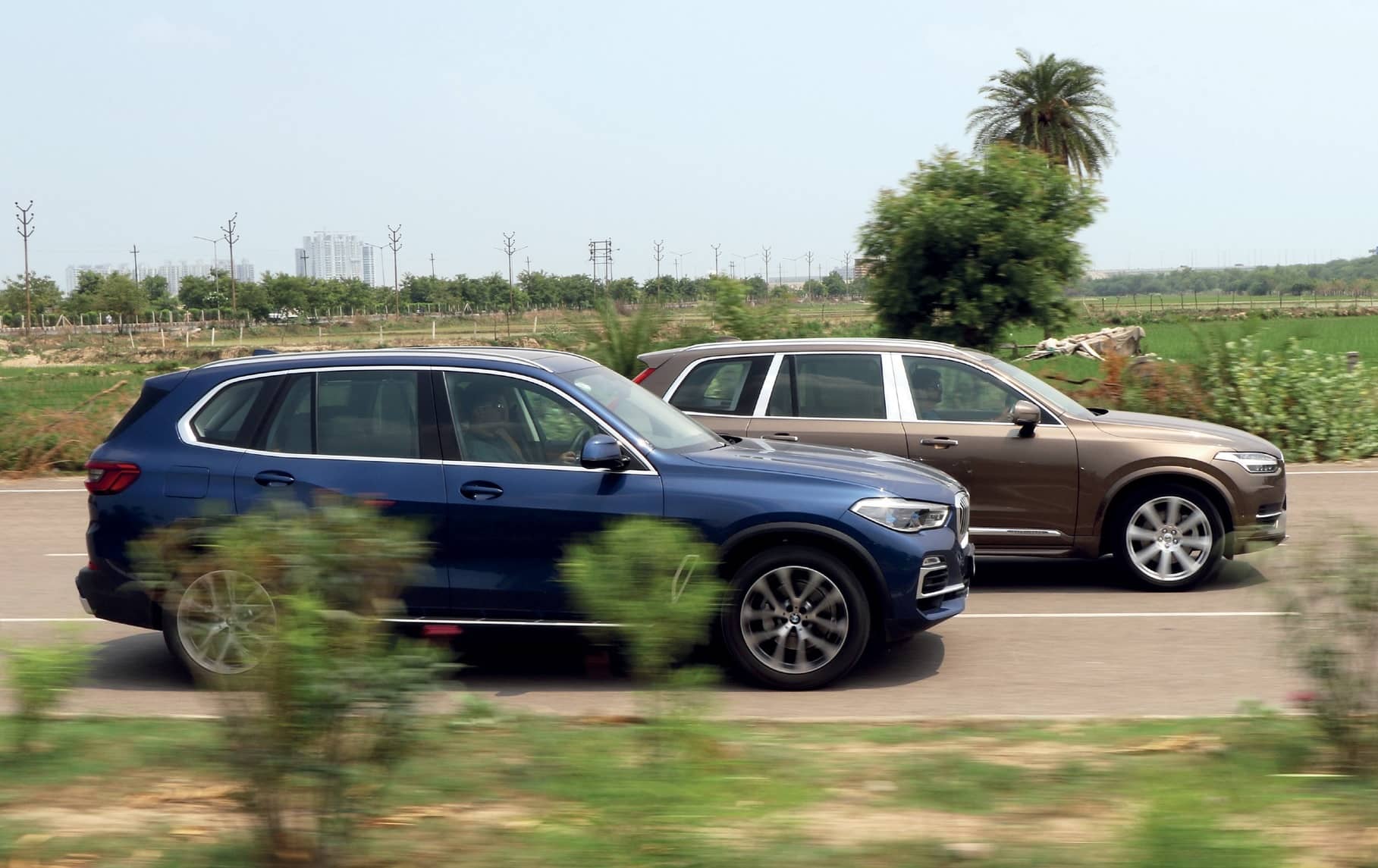 The X5 has grown significantly during its transition from the third generation to fourth. It is 36mm longer, 66mm wider and 19mm taller. The wheelbase has gone up by 42mm as well. The nose proudly wears an enlarged Kidney Grille displaying BMW’s latest design direction and although it is likely to divide opinion, it plays a big part in giving the X5 an imposing look. The rear, in comparison, looks much more understated with sleek LED tail lamps but those fat 305-section tires give it a very purposeful and a very sporty stance. 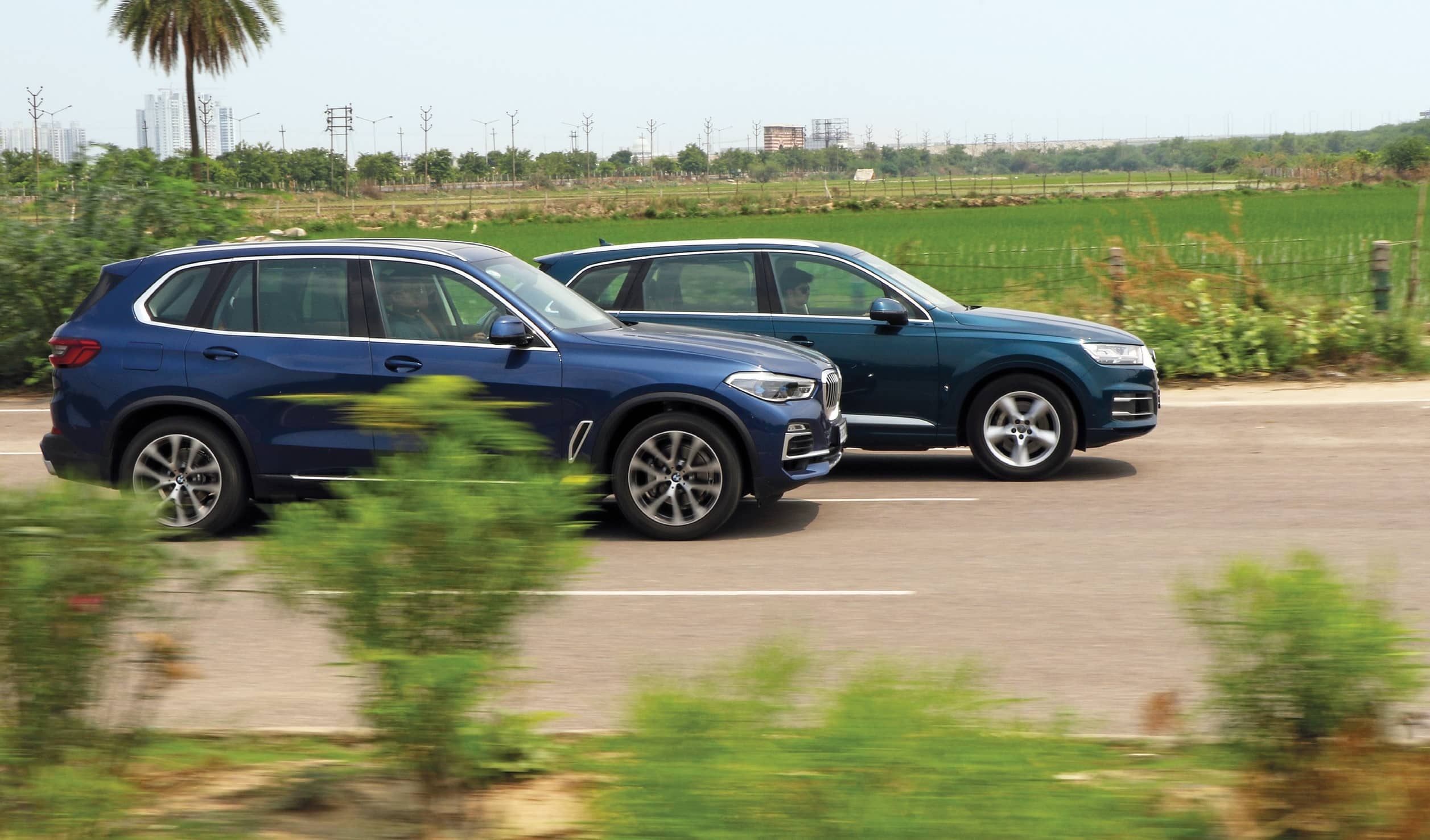 It may have been around for roughly four years now, but the Volvo XC90 still looks as smashing as it did when we first laid our eyes on it. It has immense road presence and manages to turn more heads than the other two. There is just something about the way the XC90’s design blends understated elegance and striking attention to detail that makes it one of the best looking cars around. The “Thor’s Hammer” LED daytime running lights and the sleek tail lamps that accentuate the XC90’s width look particularly nice.

The aggressiveness of the X5 and the elegance of the XC90 make the Q7 look a bit dull in comparison. It’s a handsome car, sure, and there is a lot to like about its design. However, from certain angles especially in its side profile, it looks more station wagon than SUV. It has also been around the longest amongst the three had arrived in 2015 which isn’t doing it any favors.