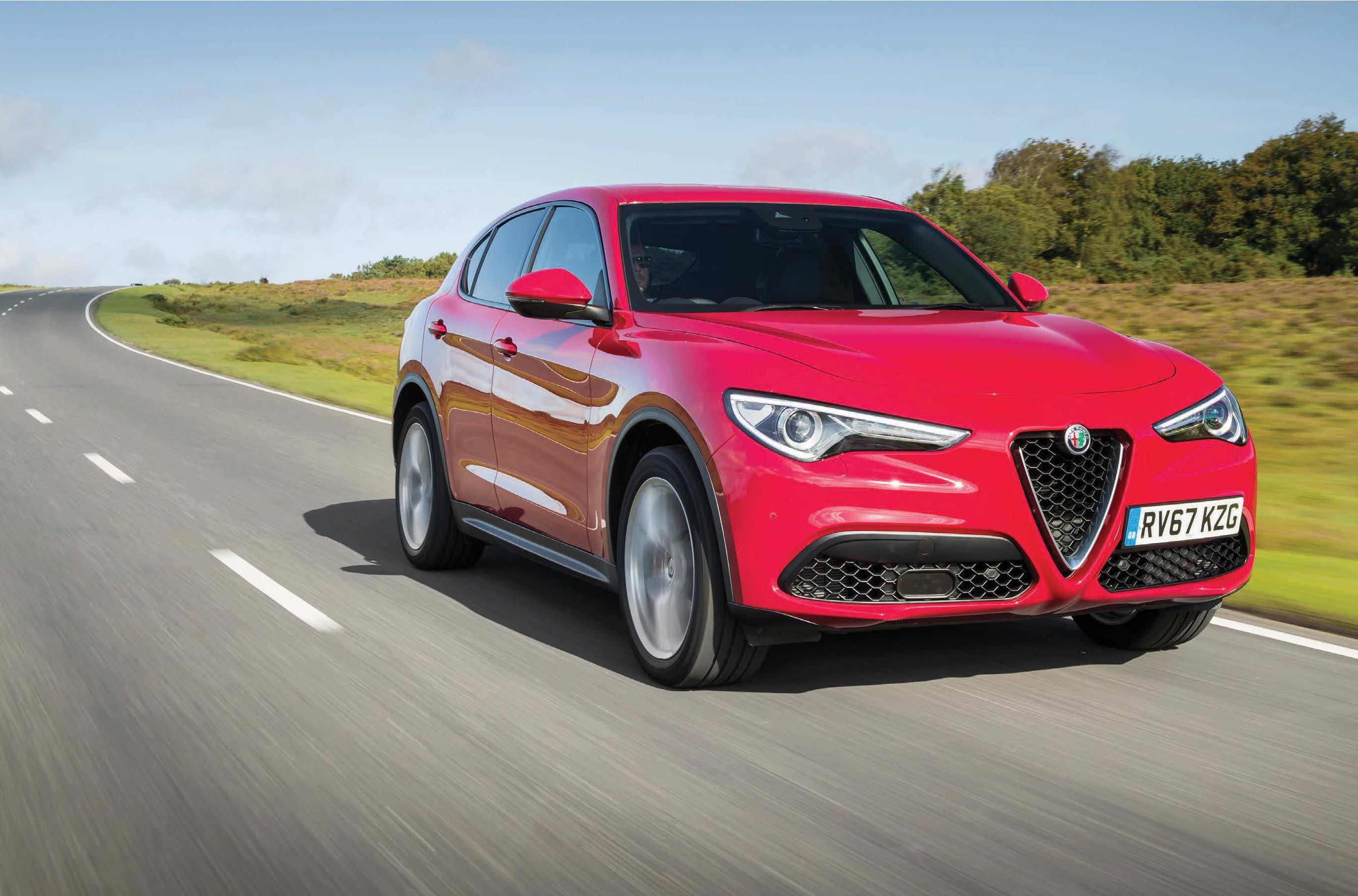 Alfa’s new Sports Utility Vehicle has finally landed in the UK. We head to Northern Ireland to put the Stelvio through its paces in right-hook form.

The temptation to have a ‘craic’ proves irresistible. On my return from a fun test route across Northern Ireland, I describe to one of Alfa Romeo’s PR people the epic drive I’ve just had after following a sign to the St Elvio Pass. “Really?” she exclaims. I can’t keep the jape up for long: of course St Elvio doesn’t exist, but it’s been plausible, if only for a brief second. Treat it as payback for failing, earlier this year in Italy, to make it over the Stelvio Pass in the new Alfa Stelvio (too early in the year for the snow to have cleared, sadly).

Today it’s not Alpine snow we’re tackling but claggy Irish drizzle. Luckily, I can’t think of a better car to be traversing the ghostly-remote, sweepingly beautiful and all but deserted roads of Tyrone and Donegal. An SUV with the heart of a sports car: perfect.

For those disappointed that Alfa has canned the Giulia Wagon, the Stelvio is, I reckon, a pretty good substitute. It offers all the practicality of an estate car, the swagger of an SUV (for good or bad) and the svelteness that only Alfa Romeo can muster. Yes, it does look great in the metal – cliché I know, but far better than the pics. I bag a good long chat with the Stelvio’s designer, Sacha Barber, who is justly proud of the coupe-like profile intimated by the glasshouse. He also likes the flop-around tailgate screen, although he admits that the rear end does divide opinion more than the front. Another point in the Stelvio’s favour is that it’s also the only way you’ll get four-wheel drive in a right-hand drive Alfa, since UK buyers aren’t offered the Giulia 4x4 that other markets have.

OK, so here’s the UK market lowdown. Prices start from £33,990, which is £4k more than the Giulia and very competitive against rival SUVs. Four trim levels are available at launch: Stelvio, Super, Speciale and the limited-production launch Milano Edizione.

As I write this, the range is 4x4 only and consists of just two engines: 2.2-litre 210hp diesel Q4 and 2.0-litre 280hp petrol Q4. But by the time you read this, further models will be on our roads. These will consist of a two-wheel drive 180hp diesel (for which read rear wheel drive), plus a Q4 4x4 180hp diesel and a 200hp petrol Q4 4x4. Not to mention the mouthwatering prospect of the Stelvio Quadrifoglio, which matches the Giulia QF’s potency with a 510hp twin-turbo V6 engine – but we’ll have to wait until 2018 for that.