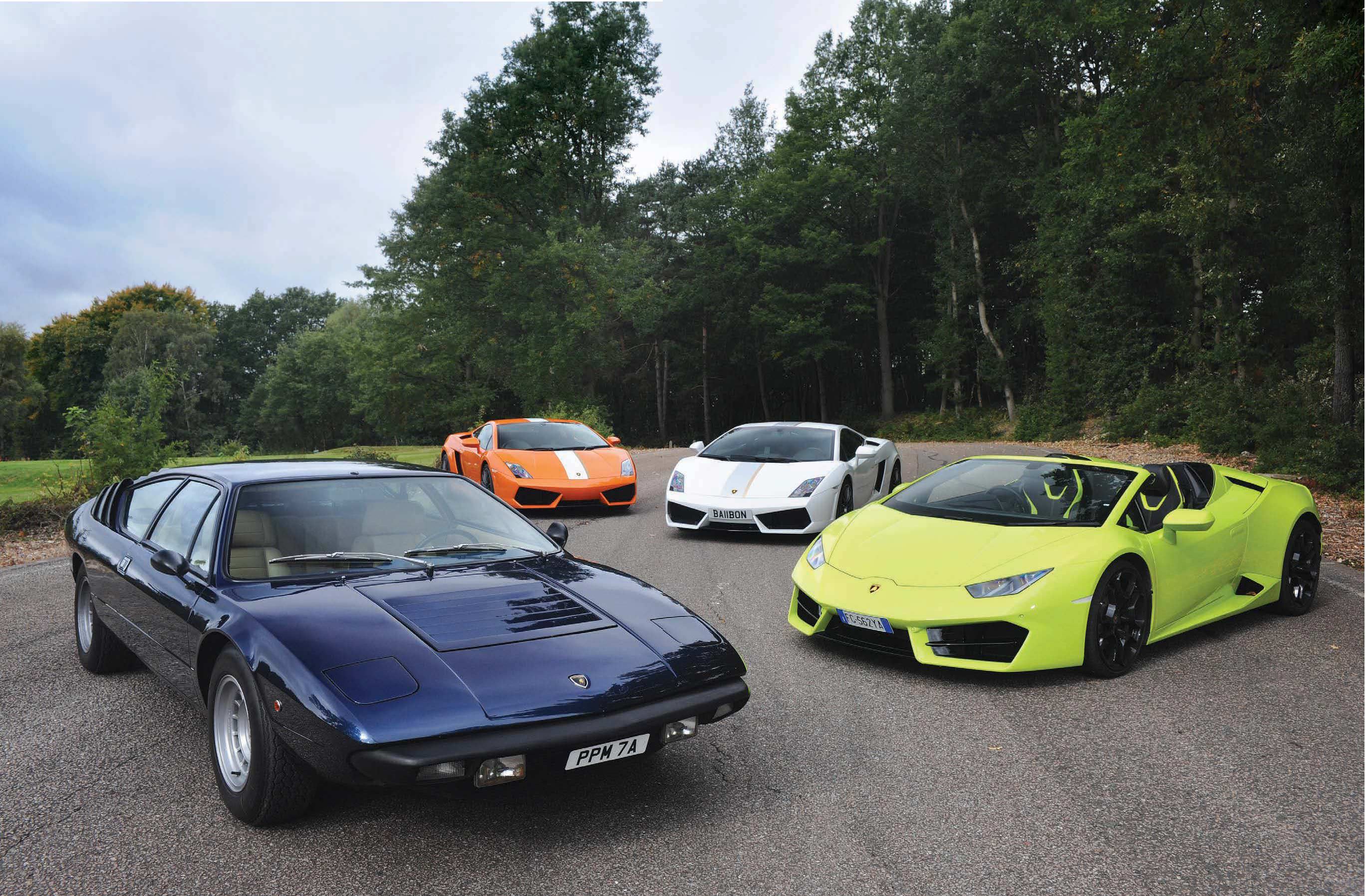 Recent Lamborghinis have majored on four-wheel drive. But there’s a hardcore enthusiast market for rear-wheel drive cars – a great excuse for us to compare three generations of mid-engined rear-drive Lambos: Huracán, Gallardo Balboni and Urraco.

Countach, Diablo, Murciélago, Aventador. Big names for big cars – the pinnacle of what Lamborghini is about. But in the shadow of these mighty V12 supercars there has always lived another breed of mid-engined Lamborghini: Urraco, Gallardo, Huracán. These models have fewer cylinders, less weight and a more accessible price.

Arguably they’re more fun to drive, too, which is what we’re about to find out. Since buyers now have the option of another Huracán model to choose from, in the form of the Rear-Wheel Drive Spyder, we think it’s time to bring together three generations of subV12 two-wheel drive mid-engined Lamborghini.

The new RWD Huracán very much follows in the footsteps of the Gallardo, for which Lamborghini’s legendary factory test driver, Valentino Balboni, created his own ideal spec of two-wheel drive in a 2009 special edition that bore his name. And before the era of all-wheel drive Lambos, there was the Urraco – the very first V8 mid-engined raging bull. There are some pretty big generational divides, as we shall see.

The Huracán LP 580-2 arrived 12 months ago as the rear-wheel drive version of the fourwheel drive coupe. Now there’s a Spyder model too – now referred to as ‘Rear-Wheel Drive’ rather than using the LP moniker.

Compared to the 4x4 model, power drops 30hp from 610hp to 580hp. Not that you really notice any difference. The V10 naturally aspirated engine – which gets my vote as one of the greatest engines of all time – still sings in the same shamanically shocking manner. And since ditching the front diff and driveshafts saves 30kg, performance is hardly dented compared to the 4x4 version: it’ll still do 0-62mph on 3.6 seconds and knock on the door of 200mph. 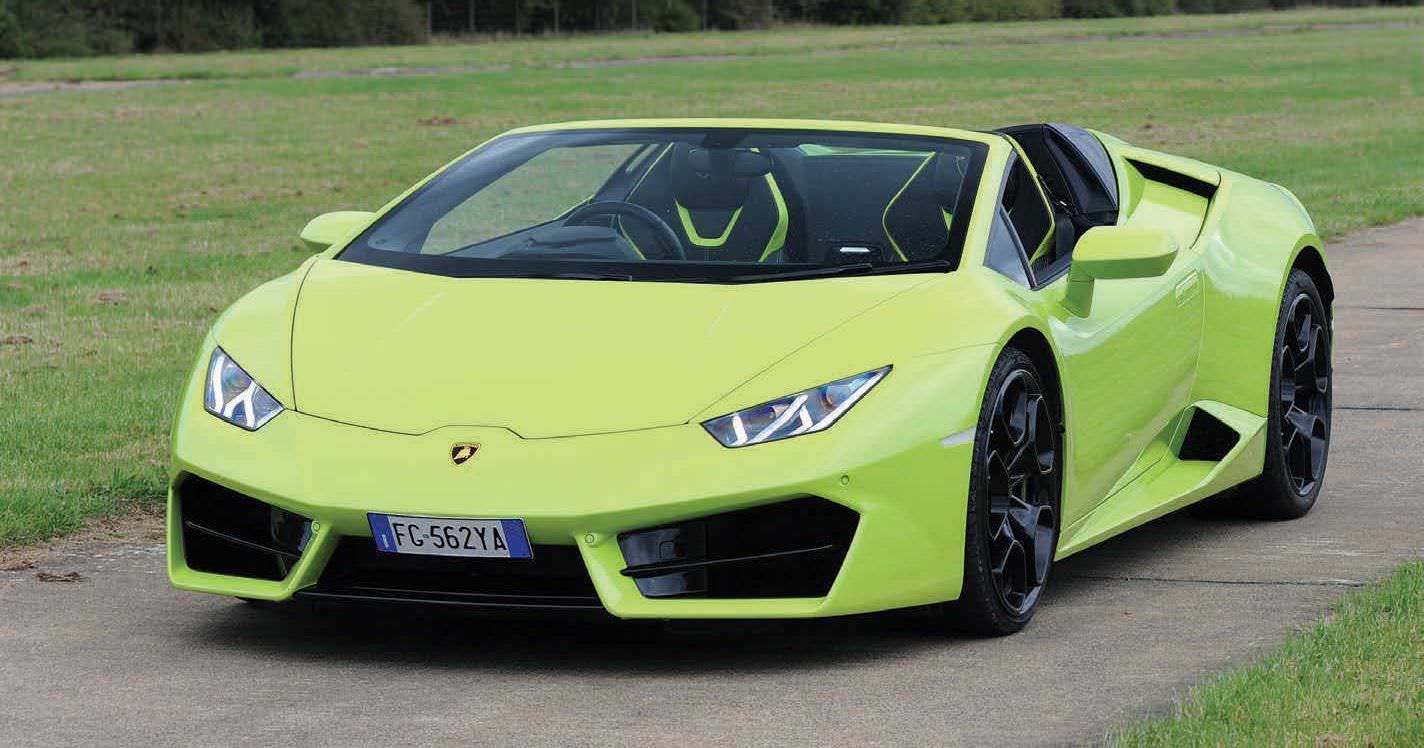 In the Huracán, you change gear solely using the paddle shifters on the steering column. That sometimes makes life tricky when you’re turning the wheel but at least you always know which paddle is up and which one is down.

Let there be no mistake: the 2WD Huracán is a very, very different animal to the 4WD model around corners. No surprise, perhaps: there are different suspension and steering settings, recalibrated stability and traction control systems and specifically developed Pirelli PZero tyres for this model. Crucially, there’s less weight over the front axle; it’s now distributed 40/60 percent front/rear, rather than 43/47.

While the LP 610-4 caresses you around bends, tucking both the front and rear ends of the car into line with an uncanny ease, the rear-driver is much more skittish, sensitive and alive to every input you make. The steering is much more darty – it does understeer, yes, but it tucks back into line in a much more pronounced way when you lift off. It keeps you on edge the whole time but while the feel is far pointier than the 4WD, it doesn’t feels too lairy. Atleast, not when the steering wheel ‘Anima’ button is switched to Strada or Sport mode. However, flip it over to Corsa and, in Lamborghini’s own words, it’s “tuned to provide over-steering characteristics” – in other words, you get power slides on demand. In practice, this only really comes into play when you also turn the ESC off.

Let’s have a word about the roof, and it’s a good one: the whole thing is a delight. It takes a mere 17 seconds to open, at speeds up to 30mph, and the result is proper open-top motoring, not some glorified sunroof. It looks sleek, too: when the roof’s down, two rear ‘fins’ rise up to maintain a flowing line and improve airflow to the unique slatted engine cover. There’s even a tiny glass rear screen which you can raise and lower at the touch of a button.