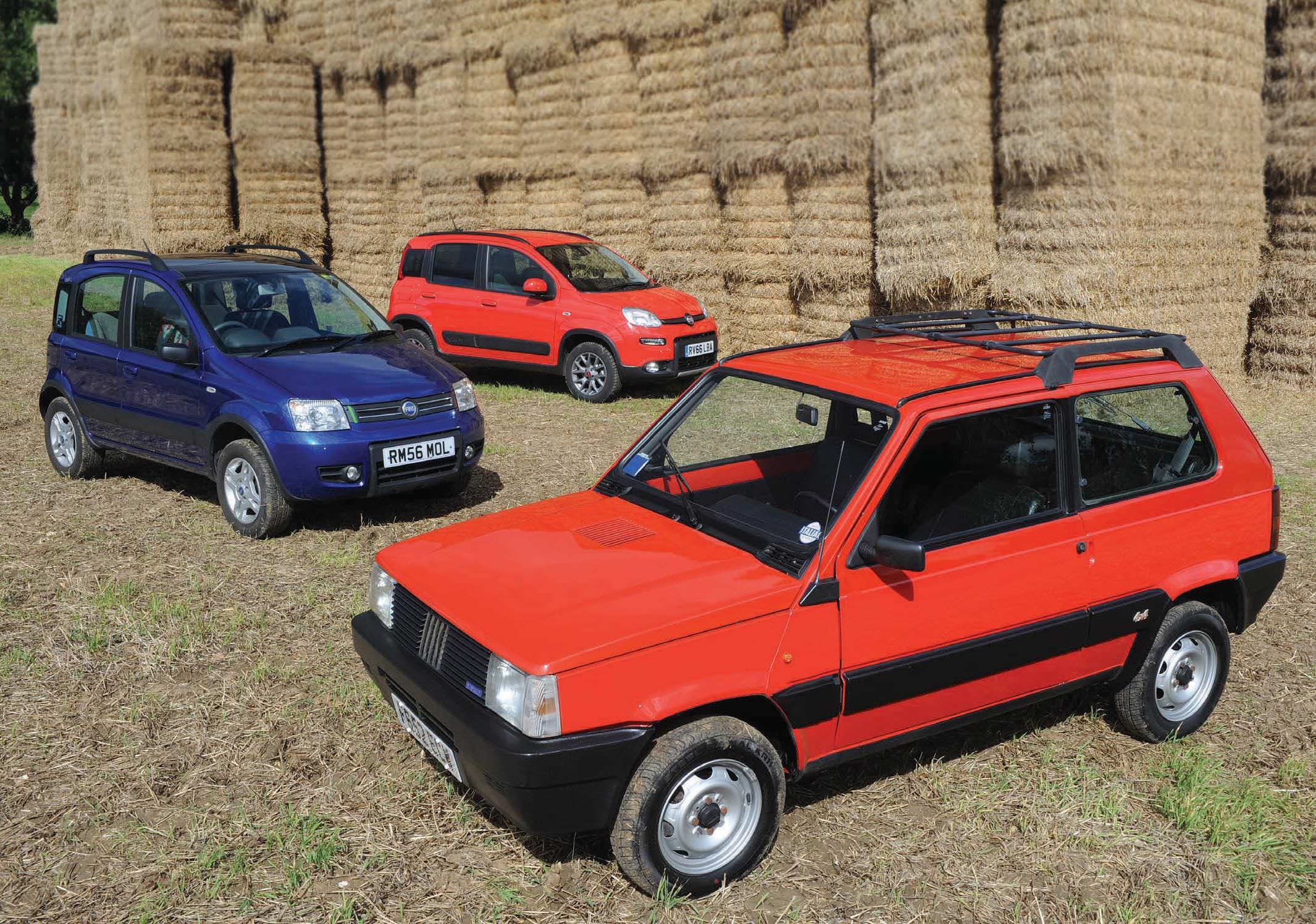 Three generations of four-wheel drive Pandas prove that you don’t need a ‘Chelsea Tractor’ to be able to go anywhere. Indeed they might just be the most versatile cars ever built.

Fiat had been going through a very successful period in the 1960s and 1970s, but a lot was riding on its decision, at the end of the 1970s, to come up with a very basic vehicle to slot into the range between the 126 and the 127. However, in a break with the normal practice of styling cars in-house, the company bravely gave free rein to Italdesign, founded by Giorgetto Giugiaro and Aldo Mantovani, to conceive its new basic car for the masses.

The first Panda (type 141) was launched to the press in February 1980 and to the world at the Geneva Show in March. The styling was simplistic and utilitarian, to the point of using flat glass all round. The interior was ingenious with a cavernous front tray/hammock for clutter, and seats that could be moved around to create a bed or removed altogether. Even the covers could be taken off and washed. The whole ethos was one of supreme practicality.

The little car came second in the prestigious European Car of the Year competition, beaten only by the Porsche 928. Mechanical components were from the group parts bin, with tried and tested engines. Whether in 903cc form, or the air-cooled twin 652cc version, sales took off. Giugiaro must have read the market well when he spoke of his creation in La Stampa in July 1980 thus: “The Panda is like a pair of jeans, that simple, practical, no-frills piece of clothing.”

Even before the launch, Giugiaro had been playing with the idea of a small 4x4 vehicle to satisfy the needs of farmers, resort owners and the like who did not want one of the lumbering behemoths that were then all that was available. At the Turin Show in November, 1980, he showed a pair of Panda-based 4x4 prototypes, a red hatchback called Off Roader, and an open-topped variation called Strip. Unlike so many prototypes which are soon destroyed, the Strip is alive and well to this day, living on the Giugiaro estate on Sardinia.

Coachbuilders and design houses of this era often did their own engineering of prototypes – the 4x4 conversion of Alfa Romeo’s 33 saloon and estate by Pininfarina is one example. The management at Fiat took little time to realise what a unique vehicle the compact 4x4 would be and gave it rapid approval. Italdesign did not have the facilities to manufacture in volume, so the task was given to an old associate of the Fiat Group, Steyr-Daimler-Puch in Austria, which would produce the 4x4 components and ship them to Fiat’s Sicilian assembly plant at Termini Imerese, where they would be fitted to the reinforced bodyshell. 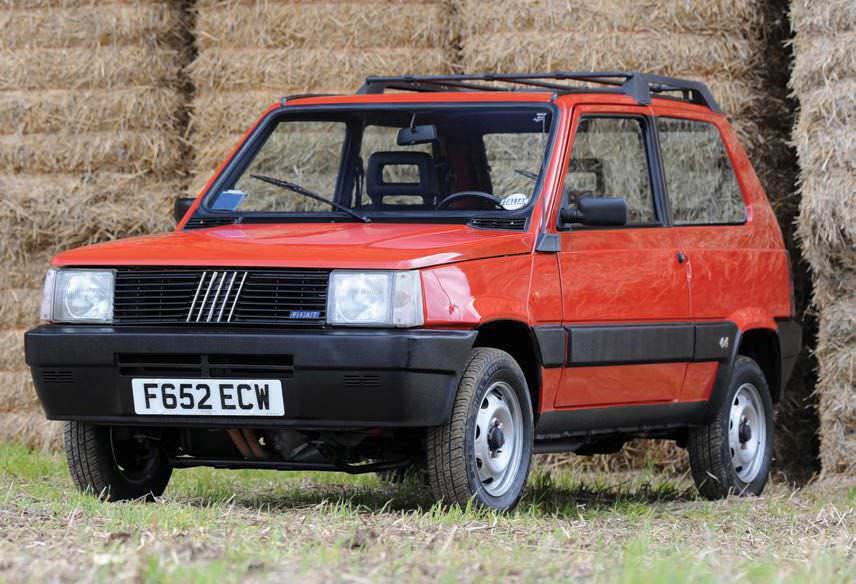 Working with Steyr-Puch was a totally logical solution as it had enormous experience with off-road technology, such as its Haflinger and Pinzgauer military vehicles, and it had previously built Fiat 500 models in Austria under licence, using its own 500cc and 650cc flat-twin engines. This in itself was ironic, as one of the original proposals, engine-wise, for the Italian 500 was a flat-twin, but the 500’s creator Dante Giacosa was told this was too costly to build!