Heart of the Scorpion 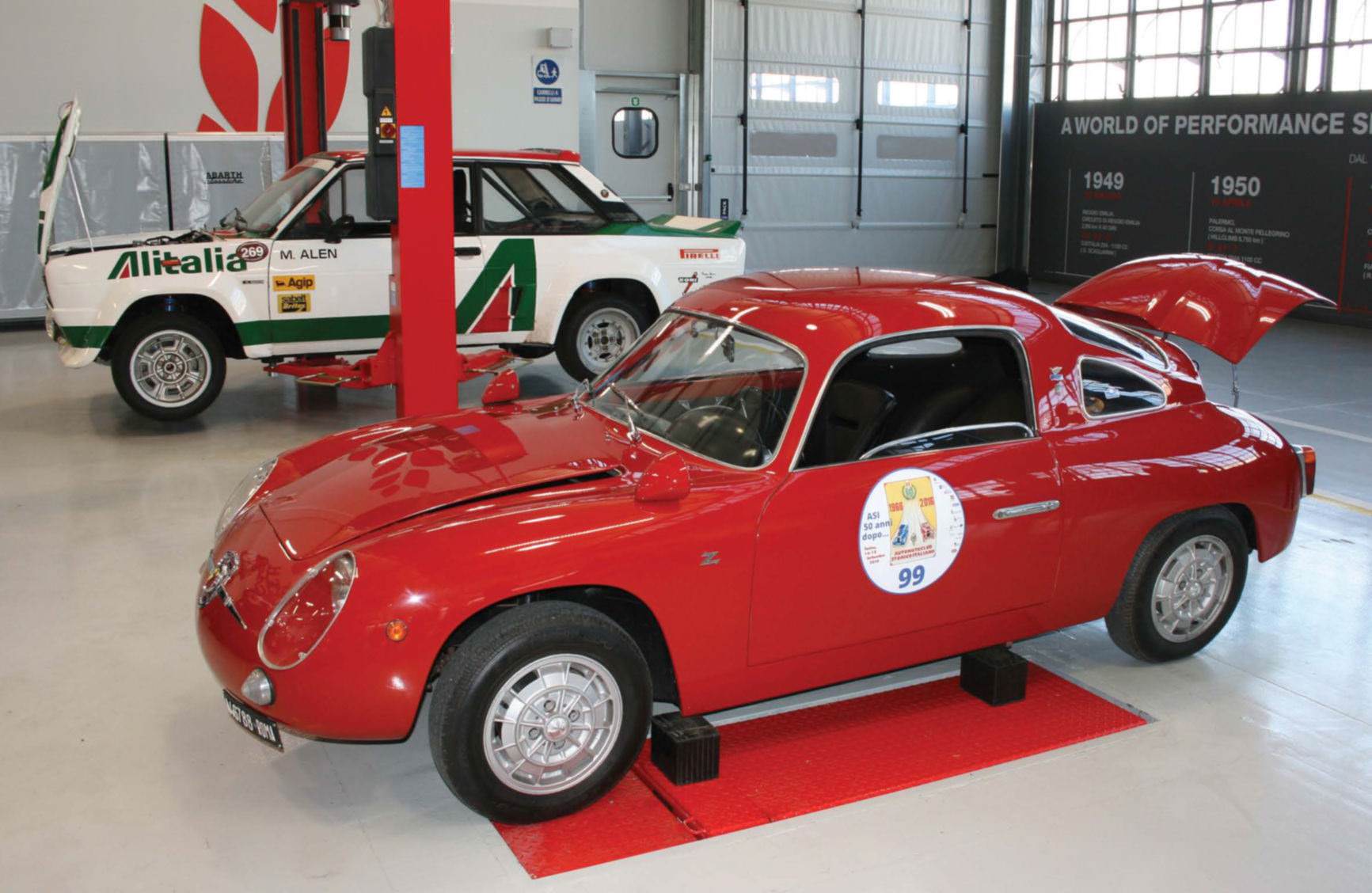 Abarth is tapping into its rich heritage by opening a new ‘Classiche’ department. We take a tour around Abarth’s Turin HQ to delve deep into the heart and soul of the scorpion brand Story & images by Chris Rees

Ferrari did it. Now other Italian brands are clocking on to the value of having a special factory department devoted to classic models of the past. Since Abarth has arguably one of the richest histories of any company, it’s no surprise to find that it’s aiming to celebrate (and exploit) its past with a new ‘Classiche’ department. No question, Abarth (and indeed other brands in the

Fiat group, including Lancia) is following firmly in the footsteps of Ferrari Classiche, which has become a massive success for the Maranello brand. Ferrari’s Classiche department was set up more than 10 years ago to provide restoration and maintenance services to owners, and also – significantly – Certificates of Authenticity for classic Ferraris. These have increasingly become vital documents for anyone who owns a historic Ferrari: official factory recognition that your car is to the exact specification in which it left the factory. Reportedly Ferrari is considering changing its certification programme to an ‘annual MOT’ style model, to avoid the risk that a car, once certified, could be modified away from original but still benefit from ‘Classiche’ endorsement.

That’s by the by. After all I’m not in Maranello; instead I’m in a somewhat down-at-heel quarter of southern Turin. Specifically I’m at Mirafiori, one of the few remaining factories sited within city limits. Fans of the Fiat 131 will know that the sprawlingly giant Mirafiori factory gave its name to the 131 in 1974. It’s an absolutely huge plant – in fact, in its heyday it was one of Europe’s most productive facilities. It still makes cars today but at a more modest rhythm and much of it lies empty. In 2017, you’ll see transporters leaving laden with Abarth 595s, Alfa Romeo MiTos and Maserati Levantes.