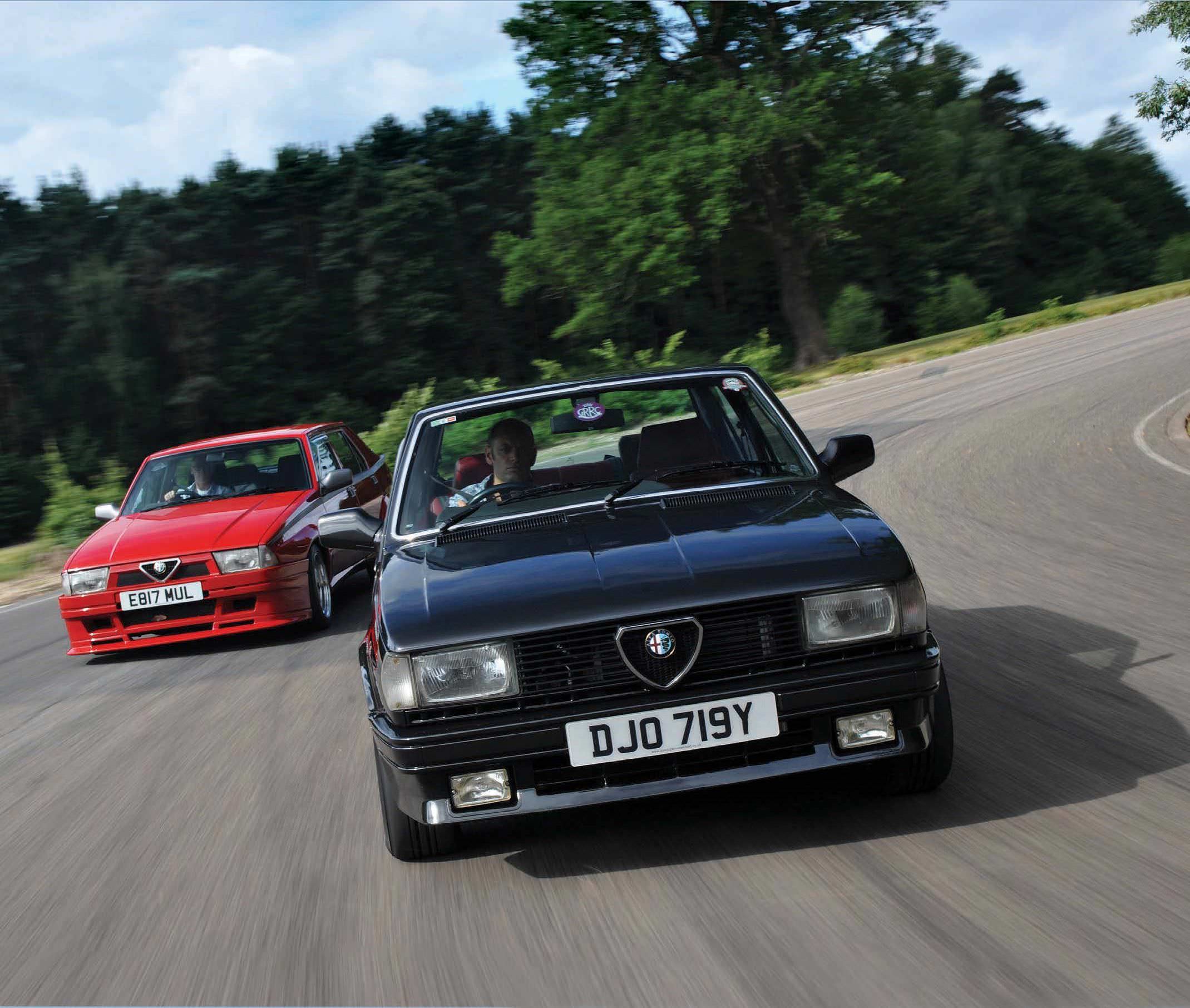 How two 1980s Alfa saloons have been transformed, using period parts, into much more appealing machines – including a Giulietta 116 converted to V6 power.

It is often the case that the classic cars many of us enthusiasts choose to own in later life are a reflection of the cars we knew growing up. At one end of the scale, it may be an Athena poster car such as a Lamborghini Countach or Ferrari

Testarossa. At the other end, it may be the more mundane roadgoing version of a hallowed touring car, or even just the car you were driven around in by a parent or grandparent in your formative years.

Both the cars featured here are at the lower end of that scale. Arguably you could even say that they’re among the least coveted Alfa Romeos of the 1980s: the Giulietta 116 and the 75. But now, suddenly, just at the point where most of them have disappeared off our roads for good, they are becoming much more sought-after – one rather more so than the other, it has to be said. It’s the red one in our pictures…

At this point, however, I should admit a heavy bias, as the black Giulietta featured here is my own car, one of four that I own. My love for the Giulietta and the Alfa Romeo marque came from my dad having one of the first 116 series Giuliettas sold by our local Alfa dealer, Roy Owen of Cosham. Dad ordered it brand new in 1978 in Alfa Rosso. It arrived three months later than promised in Navy Blue, but dad decided he couldn’t wait any longer so took delivery. I was only four when she was sold. A series of Lotuses came and went, but I recall sitting on dad’s knee and steering around the local car park on a regular basis.

The car we have here is a V6 conversion, something I had always wanted to do. Why the Giulietta? I always preferred the cleaner lines of the Giulietta to any of the other Alfa saloons of the period. I was involved in the original build while working with Chris Snowdon back in 2002, part way through which I left and set up my own business. The brief then was to use a rusty donor 3.0-litre 75 and fit the running gear, dash, ECU wiring etc to this low-owner rust-free Giulietta that had come up for sale. Budget was a concern, so costs had to be kept under control and a tidy, but not showroom, car was produced for the owner, Chris Matthews.

For me it sowed a seed I never forgot. Roll on 12 years and I was sent an email with a picture of the rear of the car poking out of a shipping container with the doors open and one line of text reading simply “Remember this?” I was so excited that I replied straightaway and had a long chat on the phone with Chris, the very chap for whom the car had originally been built. It turned out he had only used the car for two years before parking her up in the container on an Essex farm and leaving her there for the next 10 years. Would I be interested in taking her on, he asked? Er, yes please! So with some degree of trepidation (container storage can often lead to serious rust as many are leaky and damp), I headed for Essex to collect her.